If you want to increase your understanding of diverse peoples' cultures, you need to get uncomfortable. Read this article to find out why. 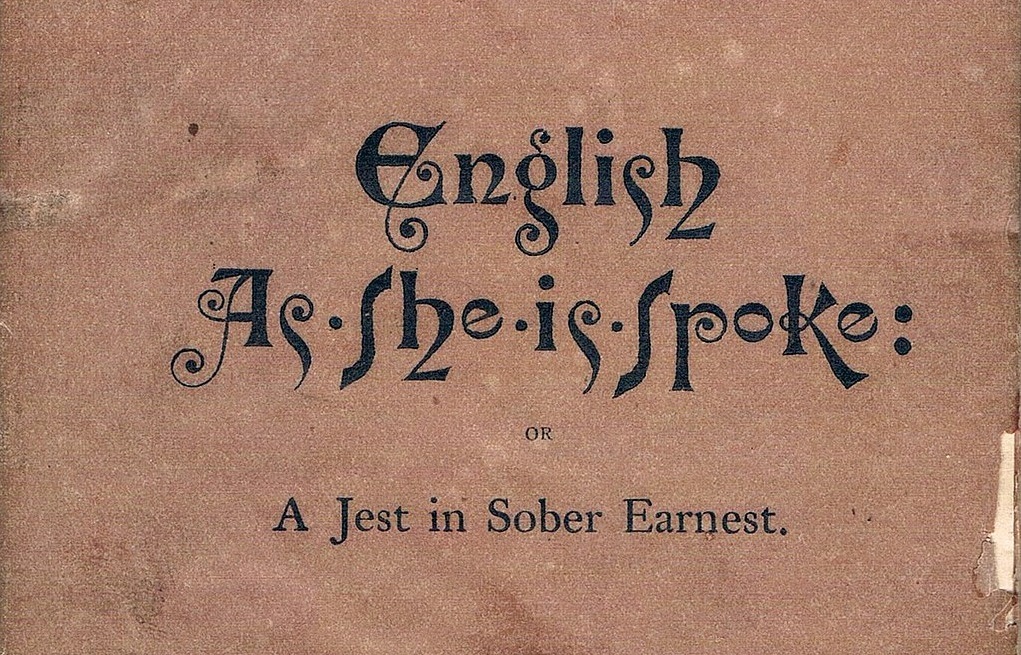 Everyone on Earth has assimilated at least some parts of another culture into their own. That’s not a bad thing. Without cultural diffusion, we wouldn’t have any culture at all.

As we’ve discussed, appropriation is the least effective form of cultural diffusion.

But maybe now you’re asking yourself how you can know if what you’re doing is diffusion, assimilation or appropriation.

You can feel this and measure it via your level of discomfort.

Experiencing this discomfort can only benefit your creative work, and it also stops you from looking stupid.

Let’s take an example from history:

There’s a 19th-century Portuguese-English phrasebook called English as She is Spoke written by Pedro Carolino. It’s quite possibly one of the most unintentionally funny books ever written.

You see, Pedro Carolino could not actually speak English. He wrote his phrasebook by using a dictionary and so translated everything from Portuguese to English literally. [1]

This led to such classic phrases as:

‘He know ride horse.’ (He can ride a horse.)
‘Your razors, are them well?’ (Are your razors sharp?)
‘Since you not go out, I shall go out nor I neither.’ (Since you’re not going out, neither will I.)

‘Nobody can add to the absurdity of this book, nobody can imitate it successfully, nobody can hope to produce its fellow; it is perfect.’ [2]

Carolino likely finished the book in high spirits, proud of his achievement. He was totally ignorant of his silliness, but that doesn’t mean we should give him a free pass from ridicule.

Pedro Carolino made himself a global laughing stock for at least a century and a half so far because he didn’t bother to go through the effort of learning English.

He wanted instead to exploit the language to make money with as little effort as possible. He even falsely presented the book as a co-authorship with a genuine professional translator.

When it comes to such idiotic exploitations of the English language, we can laugh at Carolino – it is hilarious.

When we do the same to historically and currently oppressed peoples, laughter turns to disgust – especially when that exploitation comes from people who still benefit from colonial expansionism.

When you feel total comfort in your exploitation of another culture, you are either only exploring the aspects of that culture that are closest to your own – or twisting your understanding of that culture to conform with your worldview.

Take, for example, the feathered bonnets worn by indigenous North Americans. When European colonialists expanded into Native territories, they would aim to capture or kill those with feathered bonnets.

They thought those people were the leaders, kings and chiefs of indigenous communities.

The bonnets had a much deeper spiritual significance. They were generally presented to great warriors or those who had done something special for the community.

The belief that feathered head bonnets are exclusively worn by community leaders persists because it conforms with the European understanding of hierarchy. [3]

How can a European learn this? By getting uncomfortable.

Reading through the histories of colonial expansion is uncomfortable – and depressing. It provides a less than inspiring perspective on the beautiful cities, age-old monuments and magnificent buildings littered throughout Europe.

Similarly, exploring the history, circumstances and conception of UK Drill is uncomfortable. When reading through various stories and the history associated with Drill, certain aspects of the UK’s most recent history can’t be ignored.

If you want to appreciate a culture, move towards the aspects of that culture that make you least comfortable – the parts that are most difficult to assimilate.

The more discomfort you feel, the less likely you are to be appropriating.