Captain Cook and the Statue Wars

An article on Australia and Aotearoa/New Zealand's Cook statues and sites as a focus of activism, vandalism, and protest. 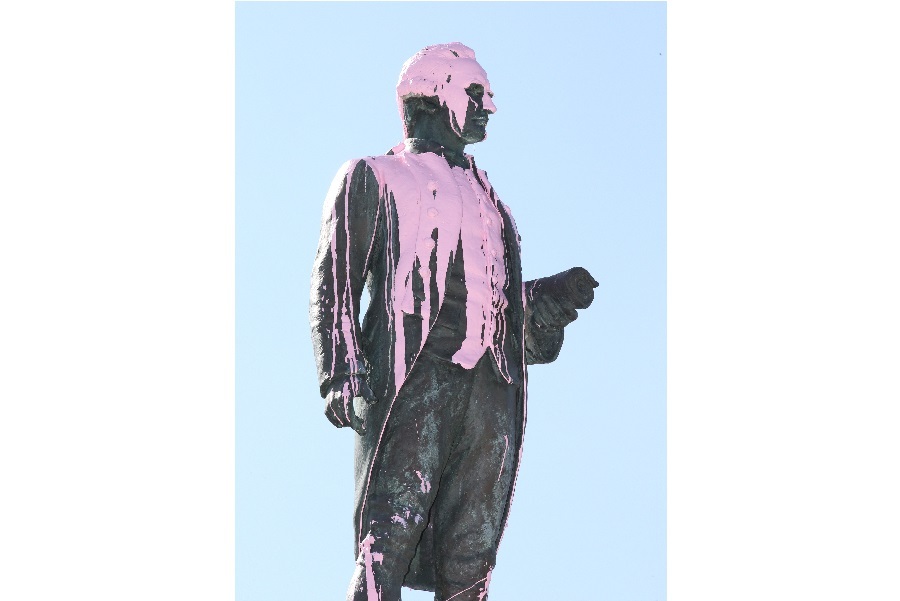 In Australia and Aotearoa/New Zealand Cook statues and other sites of memorial have long been the focus of activism, vandalism, and protest.

A statue of Cook in Melbourne was covered in pink paint in 2018 to coincide with 26 January. The same statue was defaced with red and yellow paint in 2019, combined with the message ‘Good Riddance’, on the anniversary of Cook’s death.In Sydney in 2017 the statue of Cook in Hyde Park was graffitied with the words ‘No Pride in Genocide’ and ‘Change the date’. We’ll look at this in the next step.

In 2014 Cook’s Cottage was vandalised for the third time in 12 months. See this news report:Shanahan writes:

‘Staff at the cottage attempted to hide the graffiti as quickly as possible, covering it with a large painting of Cook’s ship Endeavour. The immediate covering of the graffiti with an image of HMS Endeavour which is itself ideologically encoded is telling.’ [1]

This article looks at Cooks statues in Gisborne. One of the statues, on Kaiti Hill, is acknowledged to not be of Cook, and is known as the Crook Cook.The statue is now going to be removed to a local museum.

View Course
Read more articles and watch a video on these topics in the See Also section below.

Hi there! We hope you're enjoying our article: Captain Cook and the Statue Wars
This article is part of our course: Confronting Captain Cook: Memorialisation in museums and public spaces