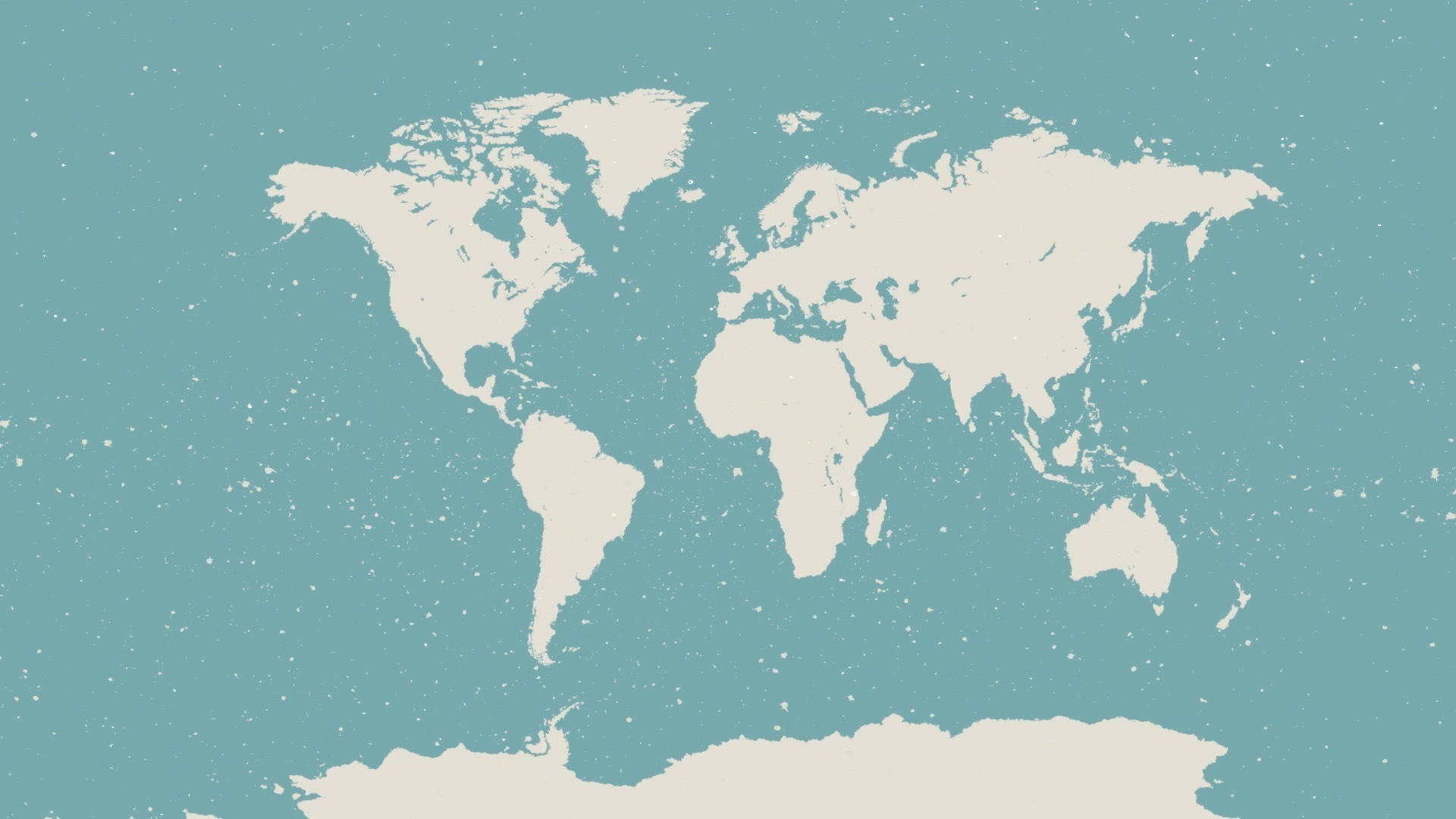 A radiative forcing is an energy imbalance imposed on the climate system either externally or by human activities (examples: changes in solar energy output, volcanic emissions, deliberate land modification, anthropogenic emissions of greenhouse gases, aerosols, and their precursors). It is usually expressed in watts per square meter ((W/m^2)) averaged over a particular period of time. A radiative forcing is something that can usually not be observed, but provides a simple quantitative basis for comparing the response in global mean temperature to different imposed agents. 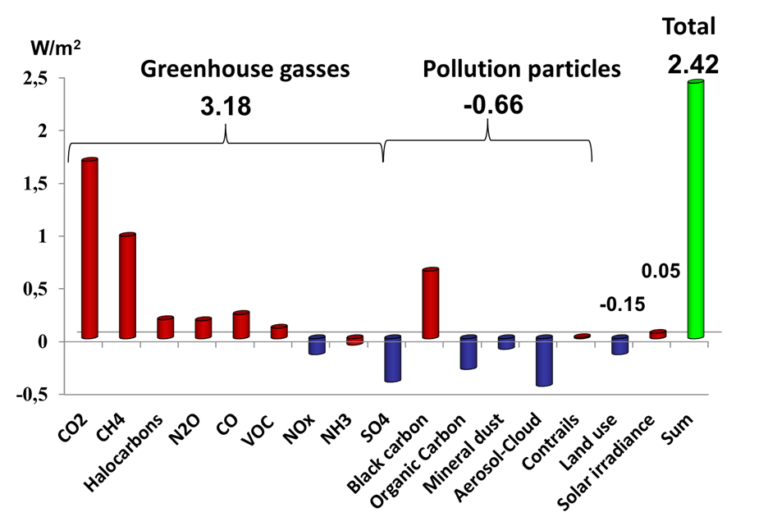 where (tk) is the time horizon over which the calculation is considered; (ax) is the radiative efficiency due to a unit increase in atmospheric abundance of the substance (i.e., (W/(m^2 kg))) and ([x(t)]) is the time‐dependent decay in abundance of the substance following an instantaneous release of it at time (t=0). The decay is often exponential and dependent on the lifetime of the substance. The denominator contains the corresponding quantities for the reference gas (i.e. (CO_2)). The radiative efficiencies ax and ar are not necessarily constant over time. While the absorption of infrared radiation by many greenhouse gases varies linearly with their abundance, a few important ones display non‐linear behaviour for current and likely future abundances (e.g., (CO_2), (CH_4), and (N_2O)).

The Global Temperature Potential (GTP) is defined as the ratio between the global mean surface temperature change at a given future time horizon (H) following an emission (pulse or sustained) of a compound x relative to a reference gas (r) (e.g. (CO_2)):

where (triangle T^{t=H}(x)) denotes the global mean surface temperature change after H years following an emission of compound x. The GTPs do not require simulations with a fully coupled climate model (AOGCM), but are given as transparent and simple formulas that employ a small number of input parameters required for calculation. Note that while the GWP is an integral quantity over the time horizon (i.e., the contribution of the RF at the beginning and end of the time horizon is exactly equal), the GTP uses the temperature change at time H (i.e., RF closer to time H contributes relatively more). The GTP metric requires knowledge of the same parameters as the GWP metric (radiative efficiency and lifetimes), but in addition, the response times for the climate system must be known, in particular if the lifetime of component x is very different from the lifetime of the reference gas. The fact that two greenhouse gases with the same radiative forcing do not necessarily lead to the same temperature increase (different climate efficacies) can easily be incorporated into the GTP metric. Due to the inclusion of the response times for the climate system, the GTP values for pulse emissions of gases with shorter lifetimes than the reference gas will be lower than the corresponding GWP values. There is a near equivalence between the GTP for sustained emission changes and the pulse GWP. The GTP metric has the potential advantage over GWP that it is more directly related to surface temperature change. However, two different greenhouse gasses with equal GTPs (same temperature change at time H) may not at specific times between 0 and H have the same effect on temperature. In other words, two different emissions that give the same temperature effect at a chosen time H can have different paths. That means that total climate impact of these two gases might be very different. The GTP will not reflect these differences.