Previously we have gone through the concepts of radiative forcing and climate feedbacks. In order to understand how fast the earth’s temperature responds to a radiative forcing, we need to understand the role of ocean heat capacity and how heat is transported away from the upper ocean and into the deep ocean. 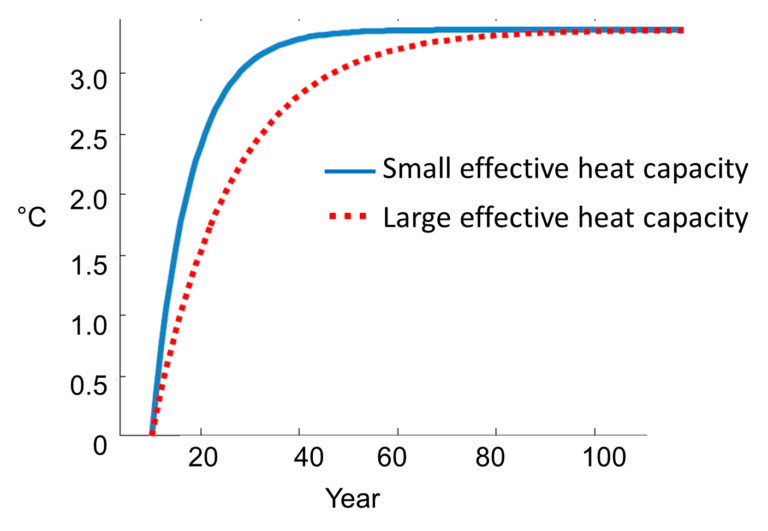 The article below taken from the IPCC report of 2013 (WG1 AR5) will give you a more in-depth background on observed changes in ocean heat content:

For a better understanding of the concepts of Equilibrium Climate Sensitivity,and Transient Climate Response see the below articles taken from the IPCC report of 2013 (WG1 AR5):