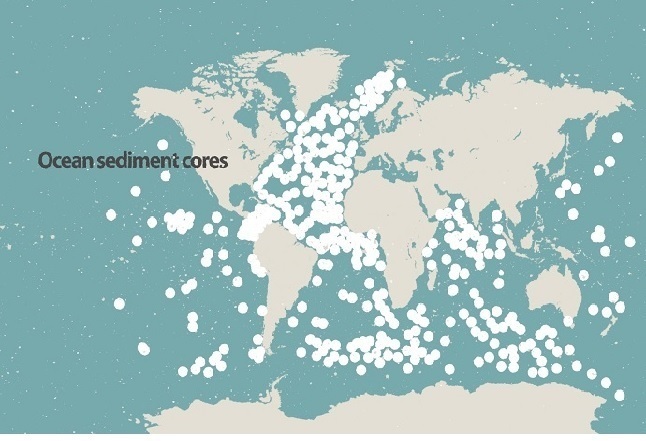 Climate changes in the past

Studying past climate is the key to understanding climate changes today and projecting scenarios for climate change in the future.

Future climate changes will be a combination of natural climate variability and human activities (e.g. fossil fuel consumption and land use). To be able to distinguish between climate changes caused by humans and the natural variations in climate, we need to know how climate changed before the Industrial Revolution.

Climate varies at a range of spatial and time scales. As an example, the variability, or fluctuation of temperature at a particular point on the Earth’s surface will be much larger than the global average. This is particularly true for climate fluctuations shorter in duration than 100 years. For example, warmer periods during Medieval Warm Period occurred primarily near the polar regions, while the tropics were not affected.

Archives of past climate changes

Reliable climate data measured by instruments only date back to about 1860 and provide a perspective that is much to brief to be able to draw conclusions on how climate has fluctuated in the past. Researchers in the field of past climate, also called palaeoclimatology, therefore focus research on reconstructing the climate (e.g. temperature/precipitation/ocean currents) with as little margin of uncertainty and as fine a time resolution as possible back in time. Then they try to find the causes of the climate changes they observe. To reconstruct climate, researchers must apply indirect data from a variety of different archives. Among these sources are: 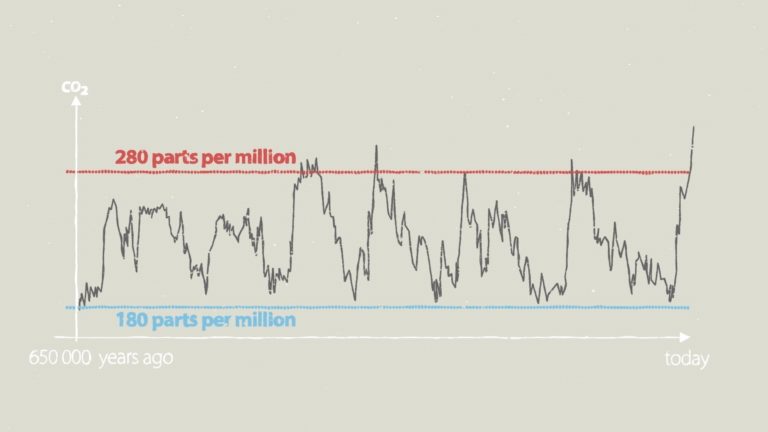 Ice core data from Antarctica and Greenland show that the during the past 150 years atmospheric concentrations of CO2 and methane have exceeded the natural variations throughout the past one million years. Since the pre-industrial era, the concentration of CO2 has increased by nearly 40 per cent, and the concentration of methane by 17 per cent. Warming during the second half of the preceding century occurred during a period in which the natural drivers should have resulted in a slight cooling of the Earth, not a warming of the planet. It is likely that the radiative forcing from human activities since the Industrial Revolution and up until today amounts to more than five times the changes caused by irradiance from the sun.

Key examples of past climate changes