Dr Yin Zhiguang discusses the history of cinema in Shanghai, and introduces you to Labour's Love, a Chinese silent film from the 1920s.
© University of Exeter

Between 1896 and 1937, a little over 5,000 films were shown in Shanghai, most of which were foreign productions. There were eight U.S. film companies with established distribution systems in China. By the end of the 1920s, most films shown were American made.

Some familiar titles include The Three Musketeers, Robin Hood (with Douglas Fairbanks), The Big Parade, Way down East (with Lilian Gish of Broken Blossoms). American film stars such as Charlie Chaplin and Buster Keaton also gained their popularity in China, particularly among the urban middle and upper middle classes.

However, to the ordinary working class and lower middle class, watching foreign films was a luxury. A ticket to an American movie cost about four times the price of a Chinese national production, which usually cost between 30 and 50 cents.

This market demand presented the Chinese film industry with an opportunity for growth. From 1905 to the early 1930’s, commercialisation and profitability were the main preoccupations for Chinese filmmakers. For example, in 1925, there were 175 film companies in the major cities, of which 141 were in Shanghai. In the early 1930’s, big names included Mingxing (est. 1922); Tianyi (est. 1925) and Lianhua. 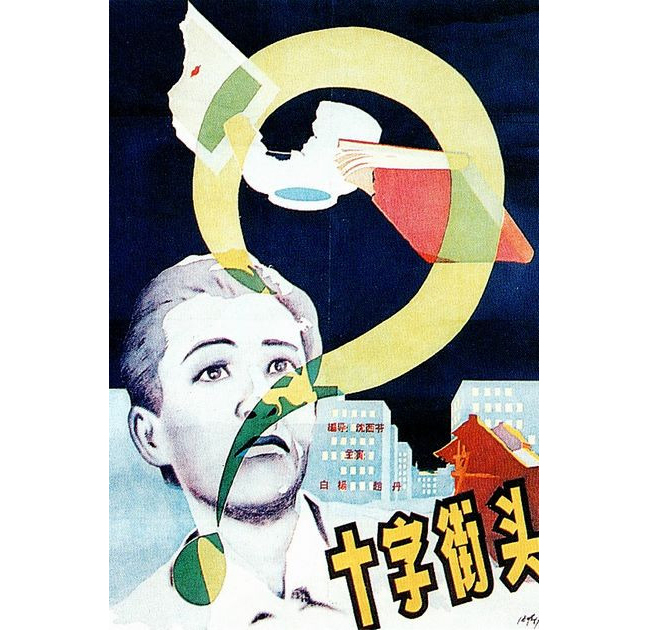 There were three major genres made by Chinese film companies namely: martial arts, Confucian morality tales, and love stories. These films were mainly targeted towards the general public. A contemporary observer, Harriet Sergeant[1], claimed that the Shanghai studios

“aimed to attract the ordinary man and woman on Nanking Road who has never read a Lu Xun essay or appreciated a woodblock print… Any rickshaw-puller or factory worker could have told you about Shanghai films. Film succeeded where the novel, essay, woodblock print failed. It reached in the heart of the worker.”

Labour’s Love (劳工之爱情) was made in 1922 by Zheng Zhengqiu and Zhang Shichuan, representing the life of urban working class people. After this, the full-length feature film began to take off. Film companies such as Mingxing, Tianyi (天一), Lianhua (联华) emerged into the market.