The Sundarbans are a very valuable ecosystem. It is an important source of livelihood for its inhabitants. Let's explore. 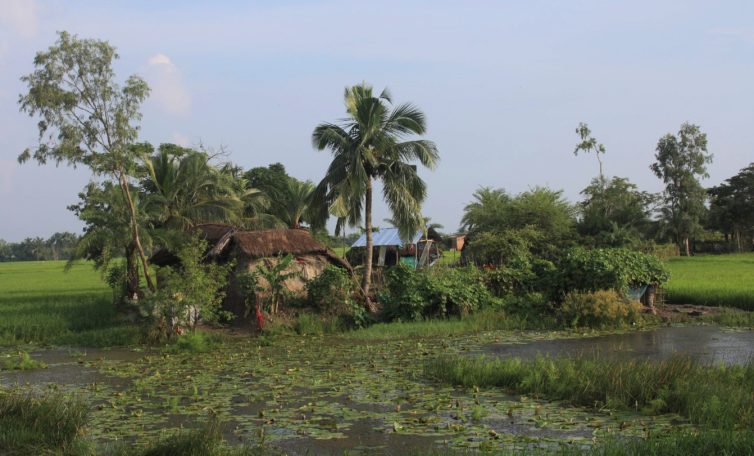 The Chowdury family lives on a char, a floodplain sediment island in the Ganges Delta in Bangladesh. They live close to the Sundarbans, a huge mangrove area in the delta formed by the confluence of Ganges, Brahmaputra and Meghna rivers in the Bay of Bengal.

The Sundarbans covers a total area of 10,000 km2, 60% of which lies in Bangladesh and the rest in India. In Bengali, Sundarbans means beautiful forest.

The Sundarbans are a very valuable ecosystem as it supports exceptional biodiversity both on land and in the water. It is also an important source of livelihood for its habitants: the Chowdurys get their timber from the forest and other villagers are engaged in the fishery in the Sundarbans and catch crabs, shrimps and shellfish. 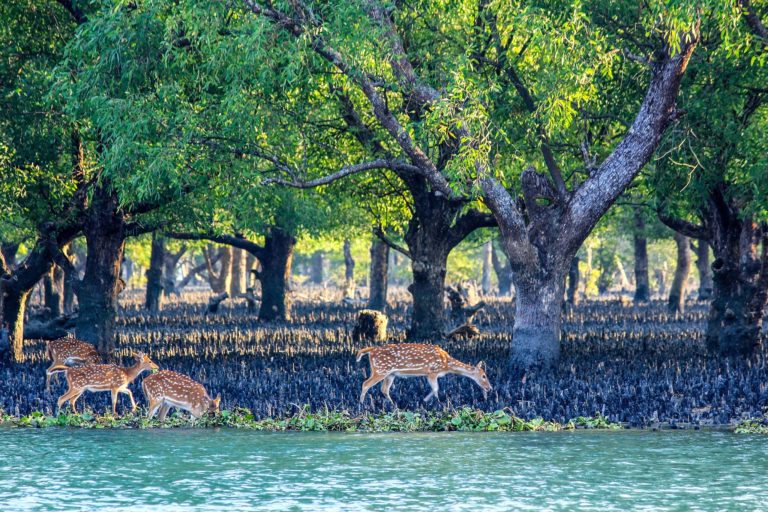 A variety of climate and non-climate threats

Recently, the ecosystems of the Sundarbans have faced a variety of threats, both climate and non-climate related. Non-climate stressors include oil and coal spills, pollution from rivers, increased salinity, deforestation and reduced water flow from dams and water grabs upstream.

These “stressors” seriously undermine the health of the ecosystem and affect the ecosystem services it provides. Fishing is already being impacted as well as biodiversity, as several marine and terrestrial species have disappeared or become threatened.

Over time a changing climate may be a bigger threat to the Sundarbans. The char islands in the delta are slowly disappearing due to sea-level rise.

This is happening faster than in other places in the world, with many scientists predicting that the Sundarbans may be totally submerged in 15-25 years.

Mangroves are providing an effective buffer against extreme weather events, such as the cyclones that are regularly impacting the Sundarbans, saving many lives and livelihoods.

But high magnitude cyclones also cause damage to the mangrove forests and contribute to coastal erosion, thus increasing the impact of a changing climate.

It is expected that the mangroves will further degrade due to increasing population pressure, poverty (there are few alternative livelihood options), insufficient knowledge and understanding of the local environment and lack of engagement of the Forest Department (Fazlul Hoque and Kumar Datta, 2005). 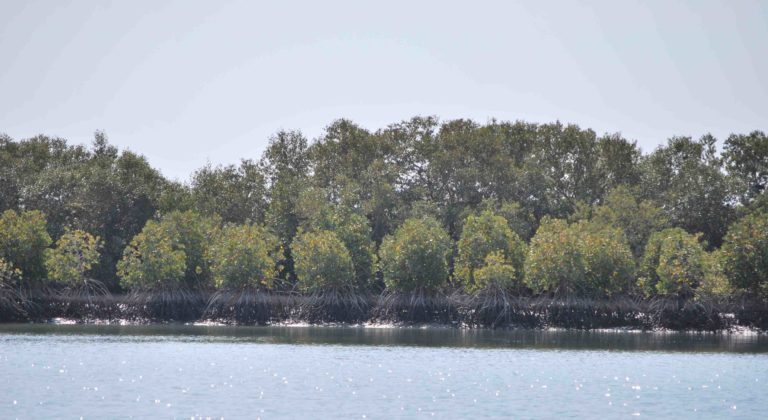 The Chowdury family has recently noticed these changes. They are highly concerned that in the near future this important ecosystem, on which their livelihoods partly depend, will be further depleted and may eventually disappear.

They discussed these concerns with other villagers and decided to approach the Bangladesh Forest Department (BFD) to seek support to restore and protect the mangroves in their area.

After discussions with the local officials, it was agreed to co-manage this initiative as a joint BFD-community initiative.

First, a participatory risk assessment at the community level was carried out to assess the scale of the ecosystem threat and collect the necessary data.

Then, following a joint analysis, a plan was developed, proposing the following nature-based solutions:

Only by promoting intersectoral and inter-stakeholder coordination and applying a more “systems-wide” and landscape-level approach, will there still be a chance that the health of the Sundarbans as an ecosystem can be effectively restored and maintained.

The short and medium-term

In the short and medium-term this would entail that, when these nature-based solutions (such as mangrove forests) are being successfully applied, the villagers may be able to effectively sustain their current livelihoods.

In the longer term, however, if greenhouse gas emissions and temperature rise will not be halted rapidly and sea levels continue to rise in the Sundarbans, migrating to the mainland and one of the cities may be the only remaining option.

A.K. Fazlul Hoque and Dilip Kumar Datta (2005), The Mangroves of Bangladesh, in: International Journal of Ecology and Environmental Sciences 31(3): 245-253

Lynne Buchanan, Climate Change in Bangladesh and Why Preserving the Sundarbans is so important.