The final component of the Cryosphere that we’ll examine is permafrost. Permafrost is soil in the high latitudes that remains below freezing all year round. 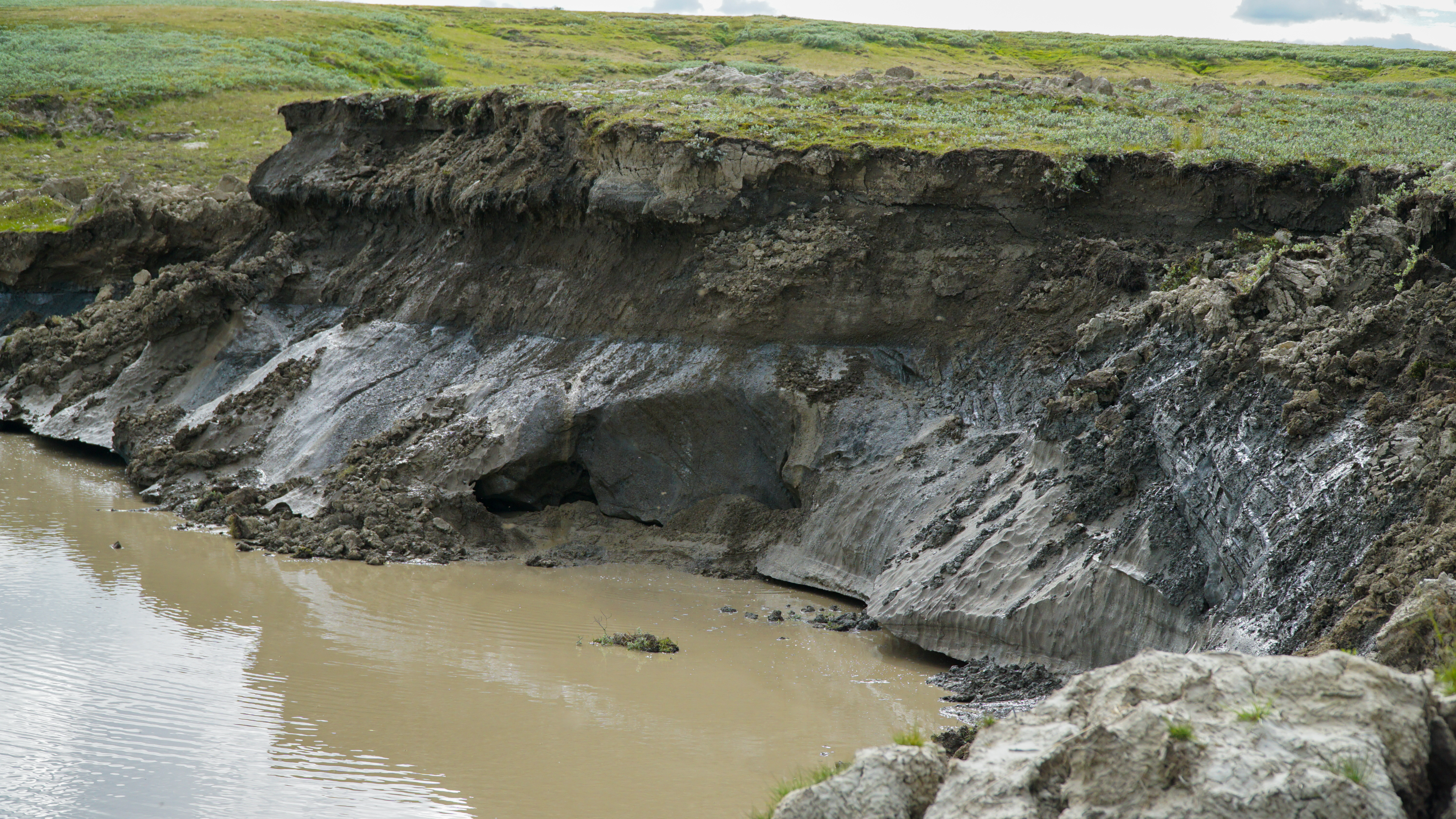 Around 15% of Northern Hemisphere land is underlain by permafrost to some extent. Permafrost is globally important because around 1.6 trillion tonnes of carbon is stored in these soils, which could be released if the ground thaws. Such thawing would effectively be irreversible on relevant time scales.

This has the potential to unleash a significant positive feedback mechanism. Rising temperatures will thaw permafrost regions most (as warming is greatest in the Arctic). This in turn will result in the rapid decomposition of carbon stores – releasing carbon dioxide and methane to the atmosphere. This thickens the blanket effect, warming Earth further and leading to more permafrost thaw…

Thawing permafrost is sadly not new. With the Arctic having already warmed more than 1˚C, there are observations of thicker active layers (thawed soils above the permafrost) and more lakes in permafrost regions from the melt water. Furthermore, the carbon that is being released is very old. Decomposition of the deepest thawing permafrost layers has been radiocarbon dated to 21,000 – 25,000 years old.

New ecosystems can flourish in thawed permafrost regions as new areas of land are available to colonise. But, the carbon storage potential from photosynthesis that is added from this doesn’t match the carbon being released from thawed permafrost. This is an ongoing area of research however, and there are some areas of permafrost (such as Alaskan peatlands) where we just don’t know whether they’ll become net sources or sinks of carbon in the future.

One reason for this is that methane is being released from these areas. Decomposition under normal circumstances requires oxygen, and organic carbon is converted to carbon dioxide – CO2. However, without oxygen, carbon is converted to methane – CH4 – which has a global warming potential that is roughly 25 times greater than carbon dioxide. As permafrost regions thaw, they turn into wetlands and large thermokarst lakes begin to form. These tend to be depleted in oxygen, so decomposition is ‘anaerobic’ and methane is released.

Currently, only around 8% of global methane is coming from permafrost regions. Dating the gas shows it contains young carbon, which is likely coming from the decomposition of organic matter that has occupied the land since the area thawed. Nevertheless, methane emissions are highly temperature sensitive – so this source could increase considerably as temperatures increase.

Deep within permafrost regions are methane hydrates. These are pockets of methane gas trapped within a frozen water lattice that are formed at low temperatures and high pressures. Potentially there’s 400 billion tonnes of methane hydrates beneath permafrost. If only a modest fraction of this was released, it would have global implications, measurably amplifying warming. At the moment, methane hydrates are only being exposed along coastlines due to erosion from the sea. However, at around 10˚C of warming a vicious cycle could be triggered whereby the heat released as thawed carbon is eaten by microbes is enough to trigger further thawing in a ‘runaway’ process. Whilst this possibility may seem far off, we shouldn’t be complacent as some energy companies are looking to methane hydrates as potential fuels.