What is Functional Testing

Functional testing is the process of verifying that your application does what it is designed to do. With functional testing, you want to test each functional element of your software to verify that the output is correct. It is more important to test what the system does rather than testing how it does it. To achieve this, you need to interface with a User Interface (UI).

Coded user interface testing can be employed in several schemes:

Other tools are only intended to be standalone functional test platforms, so pipeline integration is outside the scope of this topic. 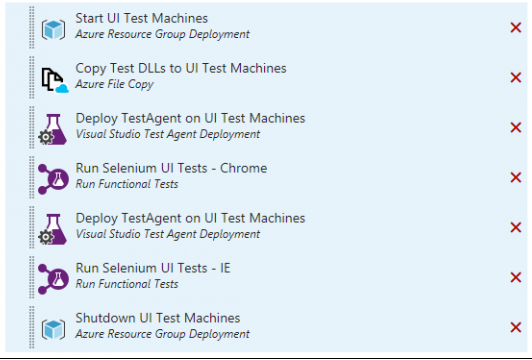 If errors occur when running tests, you might see this message:

Automation engine is unable to playback the test because it is not able to interact with the desktop. This could happen if the computer running the test is locked or its remote session window is minimised.

If this occurs, consider using the Autologon tool to create the required interactive desktop.
Explore more information on:

Automating testing is essential in DevOps. Functional testing can be organised and set up for automation by using Microsoft Test Manager. Note that Test Manager can define environments for deployment, identify tests to run and automate deployment and testing through a Microsoft Lab Management template, but it does not integrate with a VSTS release pipeline.
Test Manager does have a place in supporting continuous integration, by:
For more information on testing with Microsoft Test Manager, see https://msdn.microsoft.com/en-us/library/jj635157(v=vs.120).aspx
In the following step, we will learn about Availability and Performance Testing, but before you move onto this, please join the discussion.

Coded UI tests include functional testing of the UI controls. They let you verify that the whole application, including its user interface, is functioning correctly. Discuss how this can be very useful where there is validation in the user interface and give an example of this.

Use the discussion section below and let us know your thoughts. Try to respond to at least one other post and once you’re happy with your contribution, click the Mark as complete button to check the step off, then you can move to the next step.