In the previous step, you were introduced to the first building block of configuring Octopus, the environment. In this step, you will learn about the concepts of machine role and lifecycle in Octopus.

A machine role is a tag on a machine. It allows you to group deployment targets with a common tag. You can have more than one tag per target.

Roles are free form, which means you can use whatever values you choose. It is typical to use tags such as WebServer, Database or any other categorisation type to classify machines.

Lifecycles define how code can flow between environments. They can be used to define scenarios such as:

A lifecycle also has an associated retention policy, in which you can set how long or how many releases are kept. Policies can also be defined per phase. 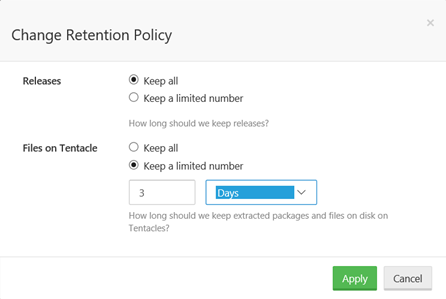 In the following step, you will learn about project in Octopus.