The import functionality makes it easy for a business user or system administrator to import records. Records for any entity can be created or, in some cases, updated through the import wizard.

Data is imported from Excel files, either through Dynamics 365 templates or Excel worksheets. Excel templates for any entity can be downloaded in the data management area of settings. This template will provide all fields for the entity; unneeded fields can be deleted from the spreadsheet. 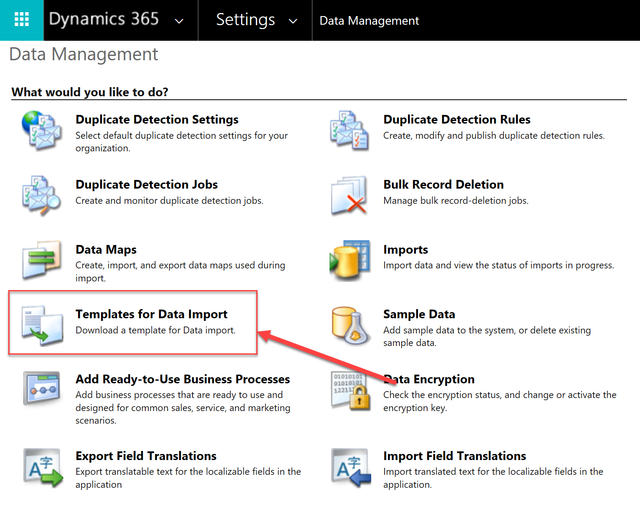 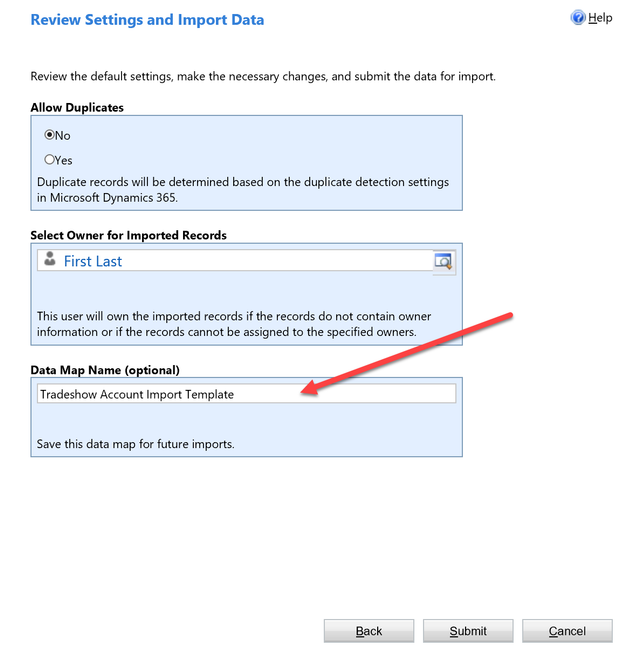 It is common for there to be dependencies between multiple entities of data that could complicate an import.

For example, if you are importing new accounts and contacts, the account record has a lookup to the primary contact, and the contact has a lookup to account. The records referenced in a lookup must exist in the system on import, or that row of the import file will fail. If import files are placed in a zip file and imported together, the related records will be available and not cause failures.

Ownership of Records Created on Import

There are two methods for noting the owner of records created by an import. If an owner column is included in the import and populated with a valid username, the record will be owned by that user. At the end of the import process, a user can be chosen to own any records without a populated owner column. 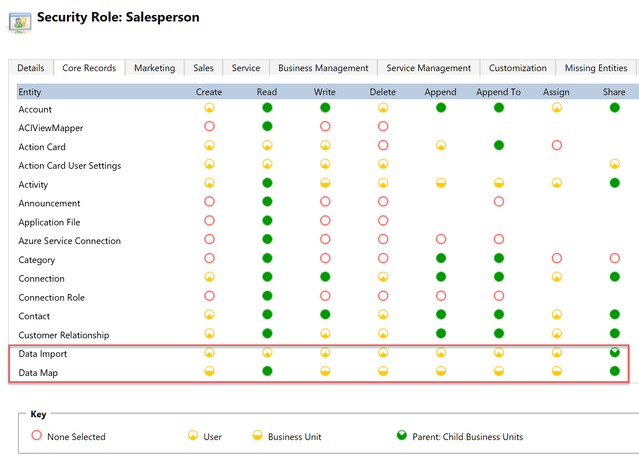 Note that if a user has import permissions, they can overwrite data using Excel Online. This permission should be given very carefully as it permits the user to potentially impact a great deal of data by mistake.

Duplicate values in a lookup field will cause the import to fail even if the records are not truly duplicated. For imports using lookup fields that may be seen as duplicates, edit the field chosen within the data map so that the data map looks for a more unique field such as an account number or phone number and does not rely on a common name or often repeated text field.

In the imports area of data management, you can review your import jobs. Individual jobs can be reviewed by successes and failures. You cannot retrieve the original import file, only see the results of the import. In the failures column, you can review the errors that caused a row to fail. 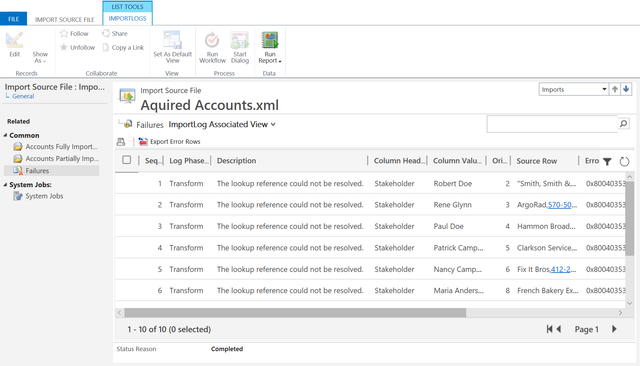 From time to time you may need to roll back an import. The option to delete an import source file will remove the file from the imports list but will not impact any data imported.

You may choose to do this to remove import jobs that failed or the clear out the record of old import jobs. If you imported data in error, you have the option to rollback all imported records by selecting all records imported to an entity during this import. The third option will remove the imported records from all entities involved in the zip file import.