In the previous step, we discovered the Power Apps Environments. Up next, we are going to learn about Enabling Preview and Experimental Features.

The Power platform updates are ongoing and there are a few ways you can get early access to the upcoming features or see what is changing. The preview and experimental features are available for testing purposes only and are not intended for use in production. It is important to understand that when you see a blog post or a tweet in the community about a cool new feature, it might still be in preview.

The following is an example of creating a preview environment: 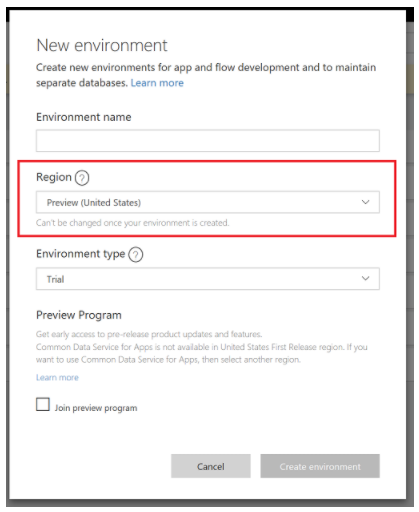 In addition to preview environments, PowerApps canvas apps offer features that are marked as preview or experimental. These settings show up even in the non-preview environments allowing you to enable them in a single canvas app. Experimental features are intended to be a ‘first look at a feature’. Experimental features might never be released or might change drastically before moving to a preview or general availability. Preview features are further in the release cycle and are in their final testing phase before being made generally available.

In PowerApps canvas apps you can check these settings by going to Advanced Settings. 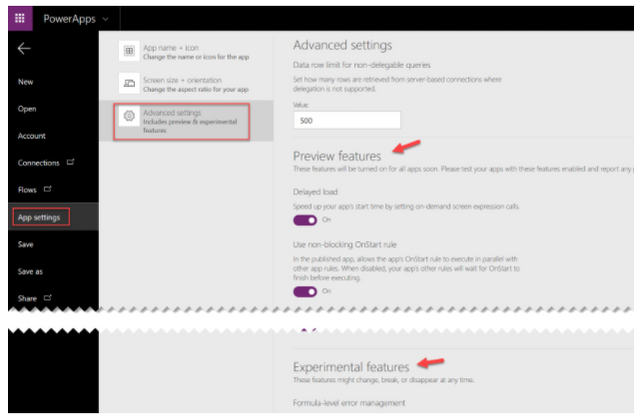 Remember you can always set up a test environment or copy of an application to test with preview or experimental features.

Next up, we’ll be finding out more about Administration Settings.