In the last step, you learned about the ARM Template structure. In this step, you will deploy objects in your Azure subscription and learn how to use QuickStart templates

You can leverage GitHub as a resource to build and deploy solutions on Azure. This repo contains all currently available Azure Resource Manager templates contributed by the community.

There is a searchable template index, a contribution guide, a list of template best practices and a Git usage tutorial. 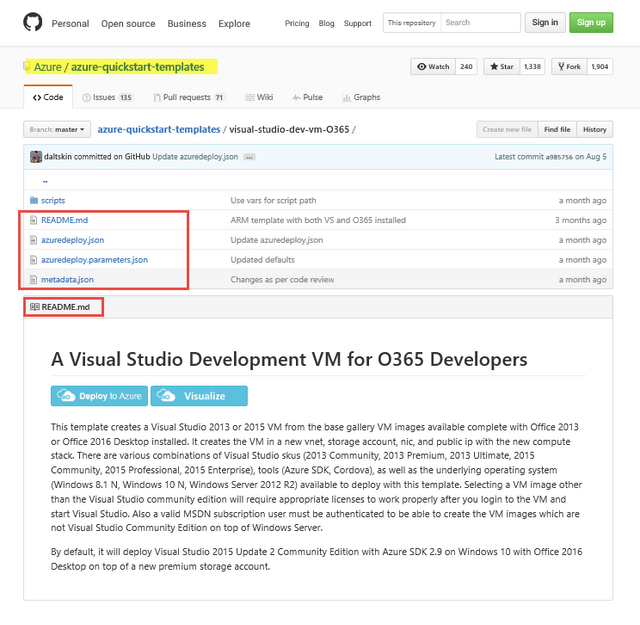 In the next step, we will look at a demo of Azure Resource Manager Templates.