The history of endocrine disruption

This article takes a look at what we know about endocrine disruption., including its history and the studies taking place. 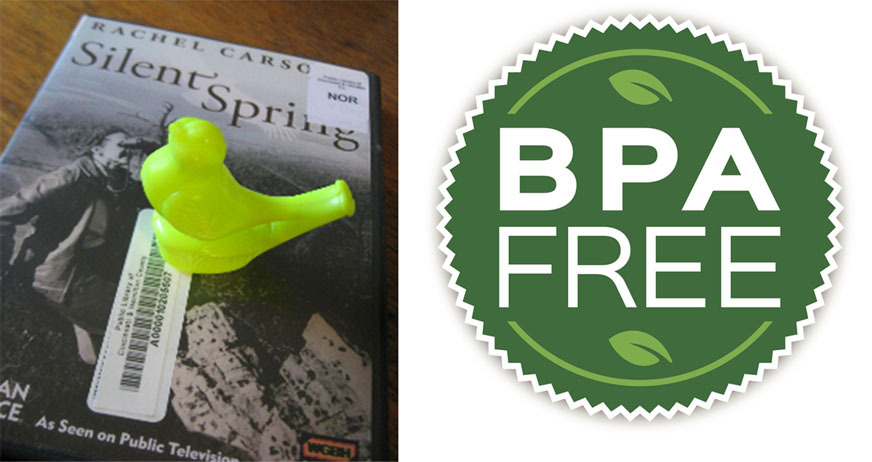 In the 1920s, there were reports by pig farmers in the USA concerned by the reduced fertility of their animals fed on mouldy grain, a fed subsequently shown to contain mycoestrogens.

In 1958, the endocrinologist Roy Hertz stated that certain synthetic hormones used in farming could end up in our bodies and mimic endogenous hormones.

The concept of Endocrine Disruption (ED)

Rachel Carson’s book Silent Spring was published in 1962 and for the first time, the concept of Endocrine Disruption (ED) reached the public. In her book, she talked about the effects of excessive use of the pesticide DDT on wildlife.

She proposed that the decline in fishes and birds observed in those years were caused by the accumulation of DDT, a cheical that was later shown to reduce the levels of estradiol in animals and affect their reproduction. Carson predicted that humans would get contaminated through food, with possible long-term effects on their health.

Half a century later it was found that girls exposed to high levels of DDT in utero during the 1960s were at higher risk of developing breast cancer.

This term was defined in 2002 by the World Health Organization (WHO) as “an exogenous substance or mixture that alters function(s) of the endocrine system and consequently causes adverse health effects in an intact organism, or its progeny, or (sub) populations”.

In Europe and in North America ecologists noticed some anomalies in the reproductive system of fishes: male fishes living in freshwater downstream of agriculture and wastewater effluents had egg cells inside their testes, a condition known as intersex.

This was linked to the presence of non-natural chemicals interfering with the sex hormone estrogen. Some species of fish have both male and female sex organs, and they are called hermaphrodites. But intersex is somehow different, unnatural and deleterious for reproduction.

In the last 20 years, scientists have linked EDCs to reproductive, metabolic, neurodevelopmental disorders and cancers.

Recent evidence also suggests that some EDCs called “obesogens” can interfere with the control of appetite and energy expenditure and might predispose to gain weight.

What do we know about EDC?

EDCs are nearly everywhere, from FCM and kid’s toys to personal care products, pesticides and furniture. They comprise a wide range of chemicals, including medicines, pesticides, estrogens from birth control pills, plasticizers like phthalates and Bisphenol A (BPA).

EDCs trigger hormone action or block hormone receptors. They can also interfere with hormone production or its degradation.

What is special about hormones is that they do not follow the toxicological principle of “the dose makes the poison”. Instead, they *change their biological effect as the dose increases, just like several natural hormones. The concepts of hormone action, unusual dose-response and low dose effects are scientifically undisputed.

Research on EDCs recognizes that EDCs are ubiquitously present, that EDCs can bioaccumulate climbing up the food chain, and that exposure is low but chronic.

Rarely we are exposed to pure compounds; we should rather talk about mixes of compounds, including their degradation products.

The sum of all the various chemicals and EDC that we have been exposed to, is called “exposome”. The exposome science studies the effect of mixes and monitors their additive or synergistic effects. Many EDCs have a lower potency than natural hormones and, when considered individually, their doses appear too low to be of concern.

This is used to produce polycarbonate plastics and resins. The predominant way of exposure to BPA is oral ingestion; this chemical can leak into food from containers.

Other possible ways of exposure include inhalation or ingestion of house dust and dermal exposure from BPA-containing thermal paper receipts. Until a few years ago many plastic containers, such as water bottles, were made of BPA-containing polycarbonate.

Today, BPA-free products are available, but concerns have been raised about the replacement compounds. BPA does not persist in the body, so reducing exposure can reduce body accumulation.

However, the US Center for Disease Control has estimated that greater than 93% of people living in the USA have BPA in their urines!. On the opposite, people who use fewer plastics and have reduced contact with BPA-containing items have lower body accumulation. The use of BPA in plastic bottles for babies was banned in the EU in 2011.

The most extensively studied EDC

BPA is the most extensively studied EDC and it is known to interfere with the hormone estrogen. This hormone is essential for the development of the brain, mammary gland, ovaries and testis. Interference during development can result in permanent changes affecting reproduction later in life.

BPA also impacts the development of neurons that produce the neurotransmitter dopamine, used in those regions of the brain needed for female ovulation.