The discovery of endocrine-disrupting chemicals – or EDCs – is one of the most significant scientific achievements in the last century.

The World Health Organization (WHO) defined the EDCs as exogenous substances or mixtures that alter function(s) of the endocrine system and consequently cause adverse health effects in an intact organism, or its progeny, or (sub) populations.

EDCs are ubiquitous in the environment and humans get exposed by inhalation, ingestion of foods and drinks or dermal contact through personal care products. Since low doses of EDCs could be enough to induce effects – and exposure during early lifetime periods could induce long-lasting adverse effects – they represent a serious concern.

2) Indirectly by interfering with the synthesis, transport, metabolism and secretion of hormones.

The first evidence of the effects of EDCs comes from the animal world and was published in a book by Rachel Carson “Silent Spring” published in 1962.

The author noted that the peregrine falcons Falco peregrinus were declining in number because their eggs were too fragile; in the meanwhile, some researchers denounced the environmental pollution by pesticides in particular by DDT.

It was demonstrated that DDT alters the calcium metabolism of birds, with consequences for egg production. The second evidence came from the pharmaceutical field: the synthetic estrogen diethylstilbestrol, an anti-abortion prescribed in the ‘50s, which was later associated with a higher risk of breast cancer and reproductive abnormalities in children that were exposed when still in the uterus.

At present, there are several health issues that affect the human population, about which you often read in journals, magazines and on the internet:

In just two generations there has been a significant decrease in human fertility rates, accompanied by a rise in the use of assisted reproduction procedures.

A large number of cases is due to reduced human sperm quality, and this has been associated with the classic EDCs. More epidemiological studies are needed, which consider a larger variety of geographic locations.

The decline in age at puberty in the general population has been paralleled by an increased number of girls evaluated for precocious puberty.

Genetic factors play a major role, however, this anticipation over the past decades clearly suggests an environmental aetiology. 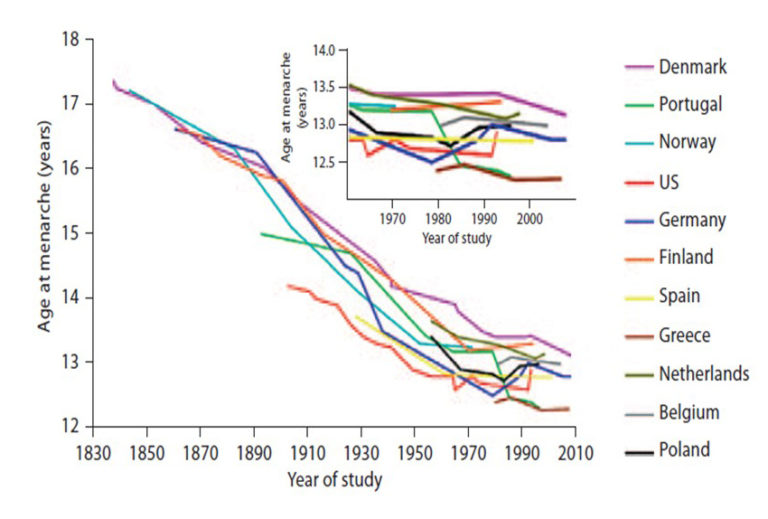 (from reference 1 in the see also material)

Considering that our endocrine system is delicate, and considering that the hypothalamus and the endocrine glands develop mainly in embryonic and paediatric life, logically fetuses and children are the most delicate and vulnerable categories.

The developing fetus, infant and child might have enhanced sensitivity to environmental stressors, including the EDCs. Babies and children are not just little adults!

The effects of EDC on sexual maturation are not likely to be evident at birth but may show up only later in life, from a few months to decades later, as you can see in the scheme below. 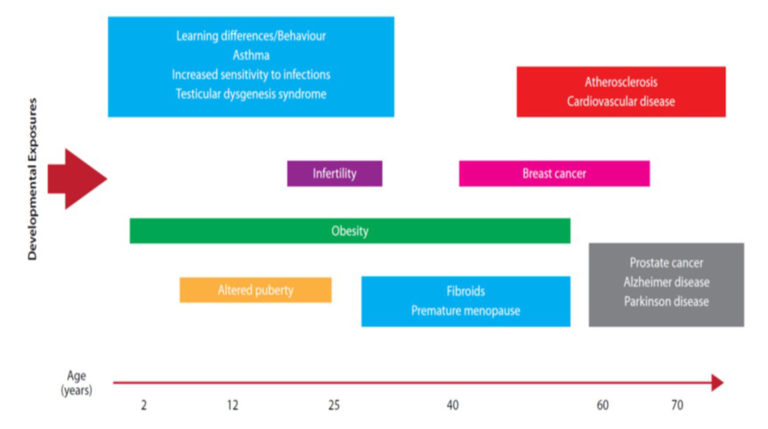 (from reference 2 in the see also material)

3. The incidence of testicular and breast cancers – two endocrine cancers – has increased from the 70s to 2010.

4. It has been demonstrated that the concentration of Bisphenol A measured in urine or serum is positively associated with a high risk of type-2 diabetes.

5. Cognitive and psychiatric disorders may be linked to EDC. Epidemiological studies have determined that EDC exposure is associated with IQ shifts.

The available epidemiological evidence suggests that prenatal Bisphenol A and phthalate exposure is associated with adverse neurobehavioural outcomes in children. Some studies claim that also Attention Deficit Hyperactivity Disorder (ADHS) may have a contribution from exposure to environmental mixes of undesired chemicals. 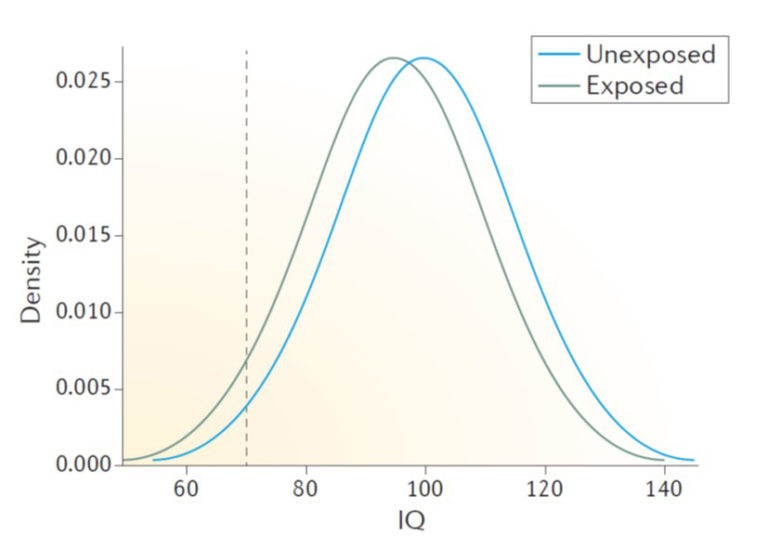 (from reference 3 in the see also material)

6. EDCs might increase the risk of obesity by disrupting hormone-mediated processes during critical periods of development. Epidemiological studies show that prenatal exposure to PFAS is associated with reduced fetal growth, excess adiposity and risk of being overweight or obese.

Note that much of the correlations that we see have to do with developed societies. This observation suggests a link with a non-natural or non-biological way of living, in which we are daily exposed to low-dose chemicals. 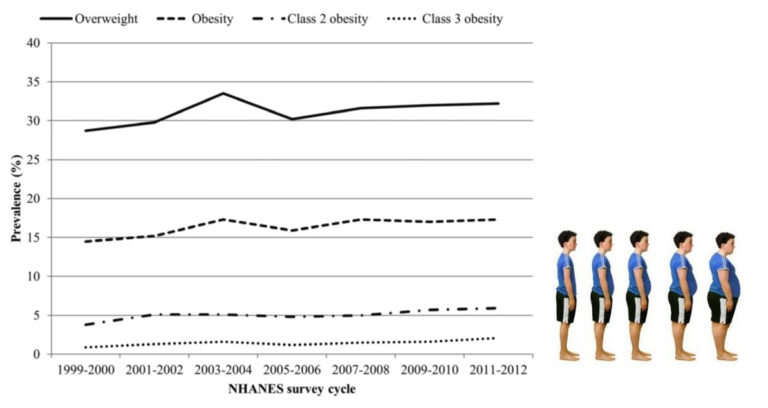 (from reference 4 in the see also material)

Since human studies do not demonstrate cause-effect relationships, for the reasons that we have explained before, it is important to combine human observations with data from cell and animal tests to build evidence of a link between exposures to EDCs and human disease.

Even so, it may never be possible to fully prove that a specific exposure causes a specific disease, due to the complexity of both exposures and disease aetiology across the lifespan.

If you’d like to learn more about trends in global health, check out the full online course, from EIT, below.