Find out more
Home / Teaching / Decolonising Education: From Theory to Practice / Moving Away from Deficit Models of Colonial Engineering

Moving Away from Deficit Models of Colonial Engineering

This step will cover moving away from deficit models of colonial engineering. 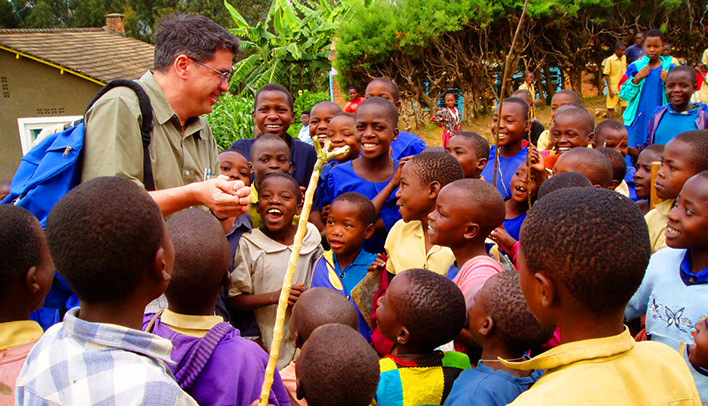 Deficit models of aid funded interventions in the so-called ‘developing world’ are still being used in current research programmes. A deficit model presumes that there is a need from the ‘receiving’ Global South country for an intervention to help them tackle a problem that they would be unable to do themselves. There is an underlying presumption in this that the Global South country lacks their own capability to tackle issues such as poverty, access to water, political structures and governance. There have been many examples of this historical and colonial model of aid, resulting in what is termed a ‘white saviour’ complex of the Global North. This complex is the belief that white westerners can save the uncivilised Black people of Africa, and it is an attitude that has been around since colonial times.

In more recent times the misunderstanding of the needs of African people has been extended to Black celebrities such as Oprah Winfrey and Beyoncé Knowles. Stereotypical depictions of starving African children only serve to perpetuate these beliefs. In UK funding schemes, the white saviour complex has also been perpetuated. The Global Challenges Research Fund (GCRF) is one example of a funding scheme in the UK that has, at least initially, focussed on very stereotypical views of African countries , and has taken the standpoint of a white saviour. A number of people have written about this, including Dr Pat Noxolo (University of Birmingham) who states that

“the material concern is that the GCRF throws substantial amounts of money behind a colonialist approach that, as seen in the 2015 White Paper, views knowledge as something to be extracted and applied, resulting in measurable ‘impact’ in relation to global challenges, and with the emphasis on value for money for the UK taxpayer”.

For a copy of her full paper on this subject go here.

Another example of a ‘white saviour’ approach to engineering interventions in the Global South is the Engineers Without Borders programme (see image). There are some common pitfalls of such schemes, which have been documented. These include failure to recognise local agencies who might already be engaged in tackling the issues, failure to form equitable partnerships, and a lack of a recognition of privilege in engaging, particularly from white westerners. Once these are acknowledged, and properly built into any planning, a proper ethical framework can be developed.

Other major issues that are rarely discussed are the direction in which knowledge transfers. Very few engineering projects seek to learn from the Global South for instance. It is well-documented that African countries were better prepared for Covid-19 than European countries, simply because they have had to deal with rapidly spreading infections before. While they may lack the resources in terms of hospital equipment, they knew how to react to a pandemic. Also, long gone community level engagement in the UK is still common place in Global South countries, enabling rapid and local responses to the pandemic to be met with adherence and respect for the regulations. This ability for the Global North countries to learn from the Global South will require a decolonisation of knowledge transfer, and will be particularly important as we tackle issues such as climate change and future pandemics. Global South countries have long been grappling with their climates, and are well used to dealing with natural disasters, even if they are catastrophic in their wake.

Decolonisation of engineering now becomes a practical reality. The concept of funding Global South countries to assist in solving our problems in the Global North seems a long way off, but is vitally needed if we are to tackle worldwide issues that threaten our existence. It is not to say that programmes such as GCRF and Engineers Without Borders don’t do a lot of good work, but more that the emphasis should perhaps be changed, and adapted to a modern post-colonial world where we don’t assume we have all the answers.