Historical uses of science and medical practice in colonial exploitation

This article covers the the decolonisation of science and medicine. 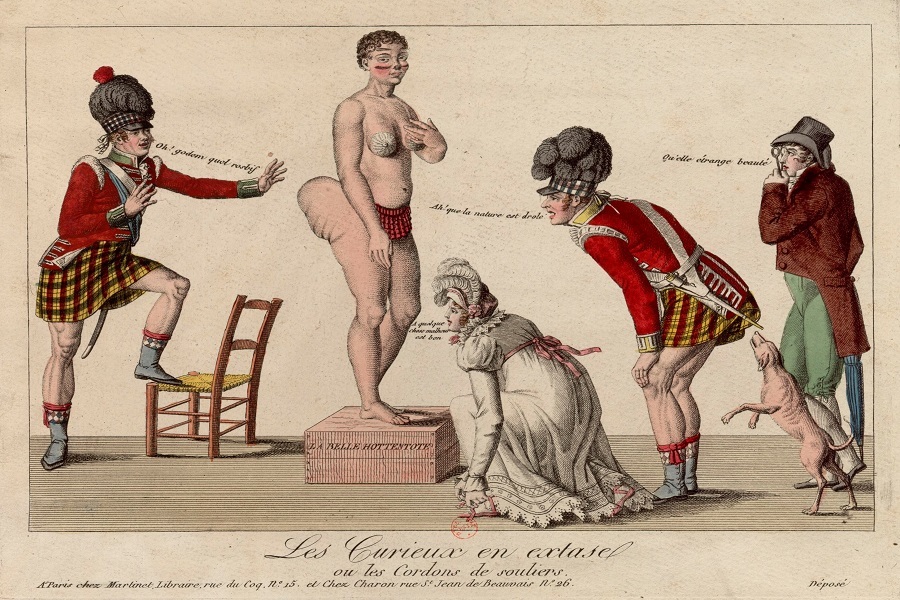 In the present day, there is a consensus that the scientific knowledge that we are taught in educational institutes and the medical practices that doctors and medical professionals are obliged to follow are objective, neutral and, at the very least, scientifically accurate. However historically the practices of medicine and the scientific evidence of the time have been purposely skewed to reinforce and justify the West’s need for colonial expansion and rule. The ideas of racial superiority and Western science had culminated from the era of Enlightenment into a form of ‘scientific racism’. This racialisation of medicine in the eighteenth century attempted to legitimise the colonial exploitation of other races. There are multiple examples of how scientific knowledge and medical practices in the past have put emphasis on the differences of non-Western people – and by extension an inferiority – to Western Civilisation.

The established physiology between the races at the time were based on and strengthened by the need to justify colonial exploitation. For example, it was believed that the area of phrenology – the science behind predicting the character of a person based on the measurements of their skull – gave reason to the subjugation of other races. In fact, the human species was defined as a collection of people from five different races by Johann Friedrich Blumenbach in 1779. He justified his arguments of racial hierarchy on descriptions of human skulls. Malays, Mongolians, Ethiopians, (Native) Americans, and Caucasians, were named after Blumenbach’s and the West’s fascination with “Circassian beauties” and the Caucasus region. Phrenologists such as Franz Joseph Gall applied their theory to skulls of and classified all other races as inferior to Caucasians physically and, by extension, behaviourally and mentally. Phrenology showed specifically Africans to be unsuited to work other than that supervised by white people, which justified the subjugation of Africans under the rule of the white race. Objectification of the Black female African form was also rife in the 18th centuries, no more typified by the drawings of Sara Baartman (or Saartje) (see image), who was at the time called the ‘Hottentot Venus’ on account of the size of her buttocks. These racist objectifications of Black women exist to the present day, and systemic racism against dark skinned women has particular potency in the media we consume. Both these racist ideologies hark back to colonialism, and to concepts of science and race combined.

A major factor in the removal from Native Americans’ land in the 1830s and 40s was due to the evidence presented within the field of phrenology.  Morton’s 1839 book “Crania Americana” compared the skull sizes and measurement (and consequently their mental attributes) of the Native Americans to the Caucasians. He saw differences between races as the natural order of the world and argued against the idea that physical differences were environmentally based.  He concluded that the mental capacity of the Indigenous Americans was “different than that of the white man” based on their skull measurements and was viewed as a reliable source to western settlers. This view of Native Americans’ purpose in society as being potentially harmful to the nation of America socially helped justify President Andrew Jackson’s Indian removal policies and allowed western settlers to continue taking the land of Native Americans

In addition to the idea that the physical features of the potential colonised highlighted their inferiority, descriptions of people with mental deficiencies have been synonymous with racial imagery. Racial metaphors were routinely employed to describe the symptoms of mental disabilities and directly linked certain races with such illnesses. An example of this is what was first identified as ‘mongolism’ by John Langdon Down in 1866. Down categorises the patients known then as “idiots”, noting that one group all had a similar appearance mentioning that the majority of “congenital idiots are typical Mongols.” By grouping these people based on their physical attributes, Down had created a stigma for people of Mongolian descent, and directly linked them to the now known chromosome-based disease. It was only in 1965 that this medical term was abandoned, and the term ‘Down’s Syndrome’ used instead, after the People’s Republic of Mongolia complained to the World Health Organisation that the term was derogatory towards them.

These are some of many examples of how the science and medical practices at the time had contributed to the ideas of racial superiority and how certain branches of medicine highlighted the differences with race, and people who had such diseases were frequently portrayed as primitive and away from the mental and physical norm. As racial ideologies categorised who were the perpetrators of crime, the receptacles of disease and the propagators of mental and physical weaknesses, certain races were portrayed not only different but genetically inferior. Representations of such physical features were exacerbated, and these then encouraged debates about racial inferiority and the potential need for colonial rule of these people.