Coloniality, decoloniality and the legacies of imperialism

In this article we explore the concepts of coloniality and decoloniality 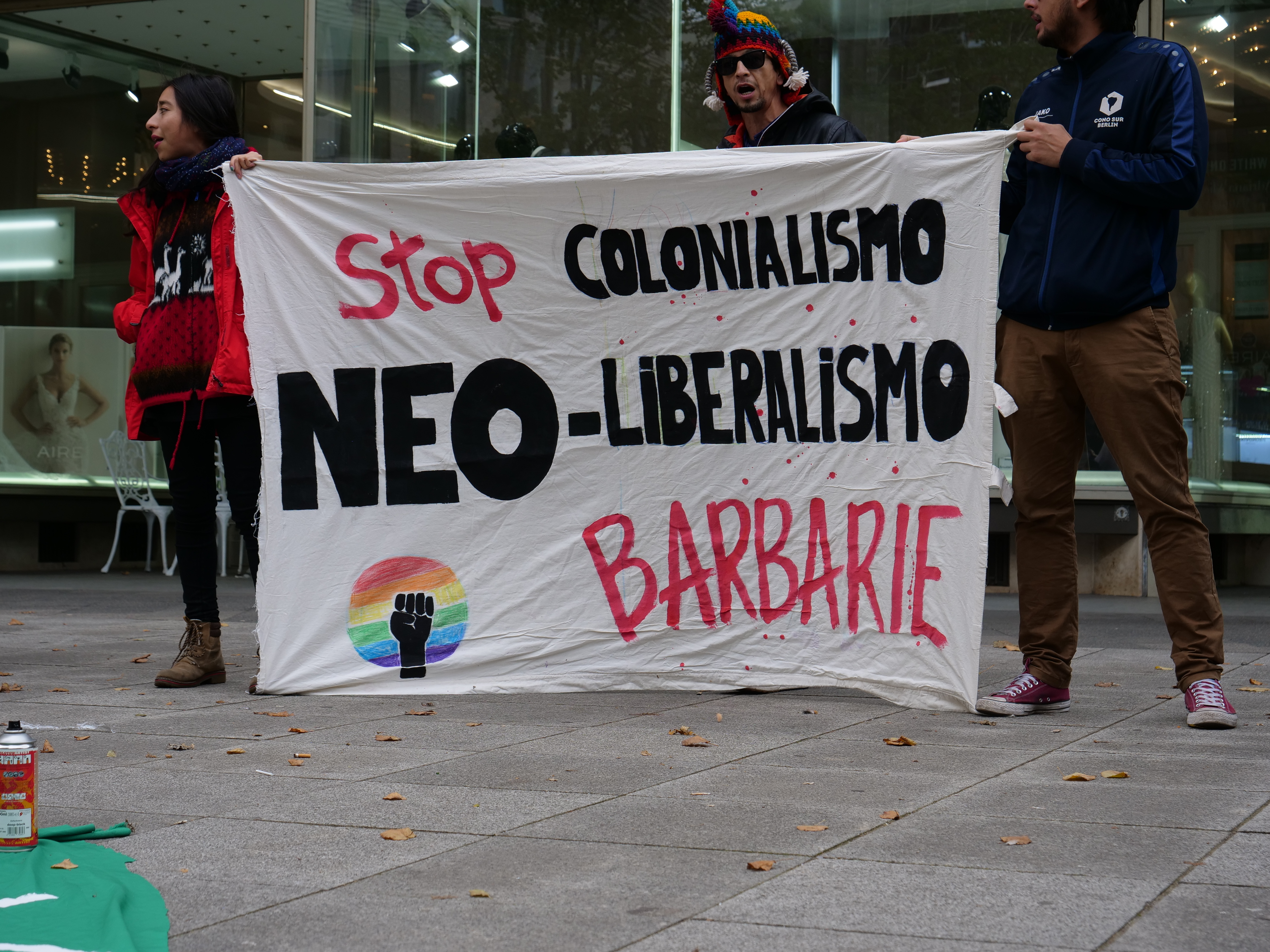 Decolonisation has become a buzzword in UK higher education, if not globally. In the next two steps of this course, we will explore some of the different ways decolonisation has been interpreted as a concept. We will also learn more about its relationship to the institution of the university. In this article, we will expand on some of the key terms which define decolonisation, such as coloniality and decoloniality, which you were introduced to in the previous step. We will also have the opportunity to think more about the implications of the popularisation of decolonisation in the weeks ahead.

Coloniality and decoloniality, as terms, are often linked back to what is today called the Latin American school of thought and associated with scholars including Walter Mignolo, Aníbal Quijano, Arturo Escobar and many others. In Week 2 we will explore some of this work in depth.

Coloniality is another way to refer to the ‘colonial matrix of power’ or the coloniality of power (see step 1.3 on Safe language and Key Terminology for definitions). It is the basis and justification for the exploitation of the world and its resources by European systems of domination. It acts as the foundation for colonialism/imperialism, capitalism, nationalism and modernity. Coloniality naturalises all of these concepts, or makes them appear universal and inevitable. It can therefore be seen as the governing intellectual ideology of the modern world-system from the sixteenth century to the present day. It functions by creating systems of racialised hierarchies, including systems of knowledge and culture centred on Europe. It entails a refusal of knowledge production to colonised peoples and societies, and a denial of Indigenous, pre-colonial or non-European systems of knowing, being and creating. Coloniality permeates all levels of society and subjectivity in the modern world-system, including gender, sexuality and identity.

Decoloniality seeks to understand the persistence of coloniality, not just in the legacies of imperialism but in the very organisation of the world. It resists the instrumentalisation of reason produced by coloniality. Decoloniality strives for liberation through the decentring of the colonial matrix of power. It entails a mode of critique which combats the perceived universalism of coloniality and its associated systems. Catherine Walsh proposes this succinct definition: ‘decoloniality seeks to make visible, open up, and advance radically distinct perspectives and positionalities that displace Western rationality as the only framework and possibility of existence, analysis and thought’.[1]

It is important to emphasise that decoloniality is not static or fixed. It is an ongoing and evolving process. Decoloniality is also not just anti-colonialism. It is more than just a reaction or response to coloniality, and it is not merely its opposite. Instead, decoloniality and decolonial thinking seek to highlight the pluriverse of systems of knowledge and thought (or the simultaneous existence of multiple frameworks of knowledge), and think beyond the colonial framework. What this means is an effort to engage in ‘thinking otherwise’ outside of the categories, hierarchies and binaries of coloniality and an effort to think relationally.

The following video provides some context on the connections between Bristol, as a port city, and colonialism