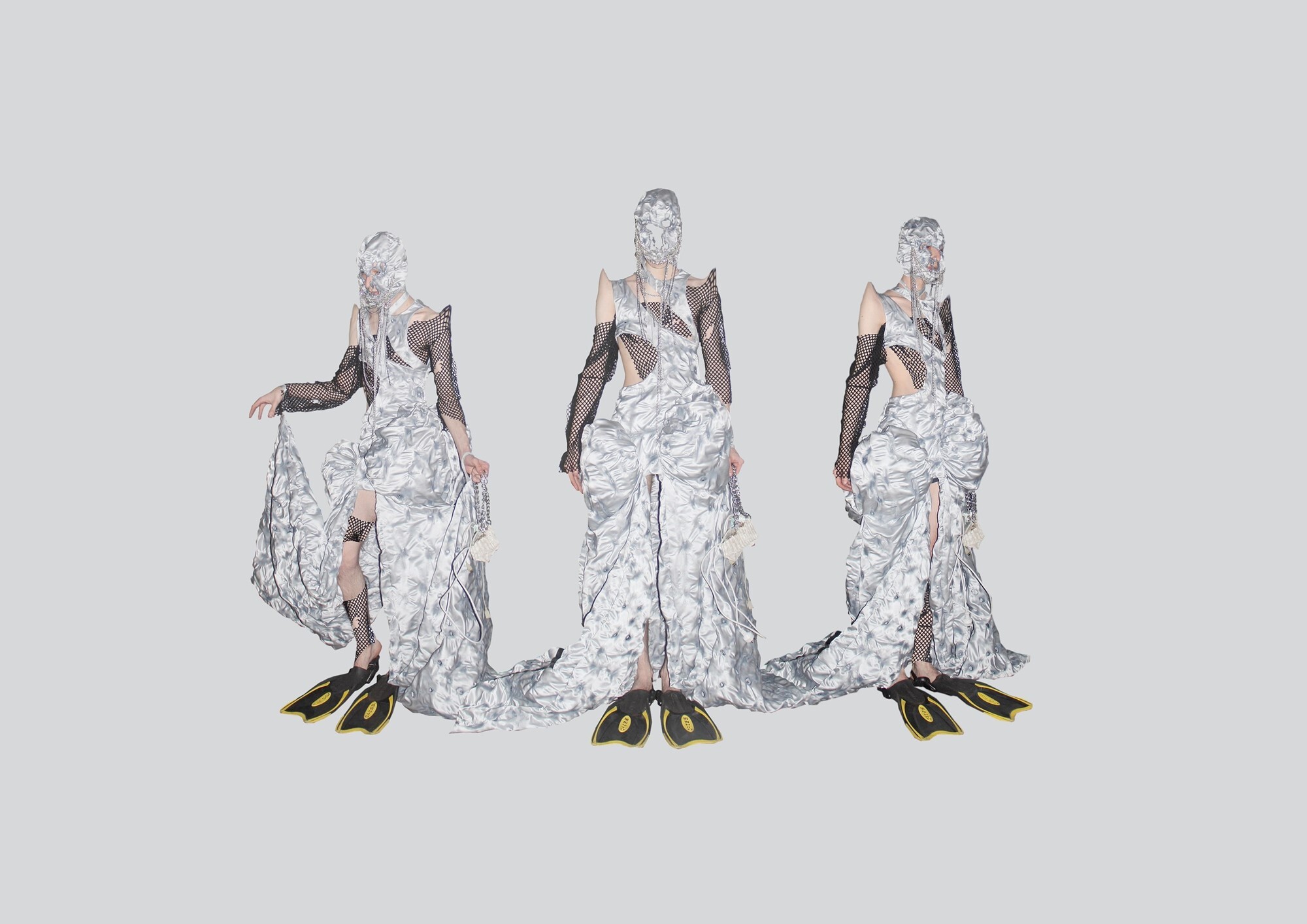 This digital-only event seeks to serve as a space that showcases creativity and emerging talent from the online fashion community. As the pace of technological development continues to pick up, fashion must be there alongside it. Social media has the unique capability of connecting fashion lovers from around the globe, and for years high fashion twitter has been at the frontlines of the discussion.

In an age during which traditional fashion commentary has become infected with bias and advertisements, high fashion twitter is bridging the gap between brands and the public; breaking down the “fourth wall” of consumerism and creating a new accountability mechanism in the industry.

The High Fashion Twitter Met Gala endeavors to give back to this community and celebrate the voices of the new generation of fashion.”

From the Mission statement

What is the essence of the High Fashion Twitter Met Gala all about?

I believe that the essence of the event is the pure love and appreciation for the art of fashion. We created the event as a safe space for individuals to share their creativity. And in doing so we wanted to ensure that no one felt any pressure to follow a particular style, to rely on current trends, or to worry about their popularity in order for their talents to be acknowledged. It’s a difficult time for many creatives. Many are struggling with their relationship with their craft because of factors like; having to capitalize off their art, not having any time to be creative because of work and school, or not having the chance to be creative because of financial issues that prevent them from obtaining supplies they need. This is why we constantly encourage people to use items they already have and give them unlimited options in participating: to promote raw artistry. The spirit of the event is to simply create without worrying of the critiques or judgement of others, with the fact that “art is subjective” being enforced throughout. We wanted to go back to the root of art, to make something out of nothing — and to shamelessly do so! – Raebele

It is commonly accepted that the fashion industry is elitist and gatekept. Do you think social media is changing this? If so, how, and to what extent?

Social media has definitely made it easier to learn about fashion. We have the world at our fingertips and can connect with so many intelligent and talented people. I personally have learned so much from working and communicating with people via social media. However the entrance to the industry is still a narrow door that can really only be widened from the inside. In recent years social media has made great strides in holding brands accountable for their shortcomings, but there is still tons of progress to be made. Democratization of fashion seems to come from the outsiders more often than those within. So until the industry decides to be more accessible, problems of gatekeeping and elitism will still be around. – Chloe

Twitter’s platform being mostly words is what helps it be the most comedic social media platform we have now. The ability for something to go viral on twitter is very easy because of how the app is set up, being able to retweet someone’s tweet onto your timeline for all your followers to see and also a feature from recent years that shows a tweet on your timeline that multiple people you follow have simply liked, not even retweeted. Twitter, compared to other apps like Instagram or Tik Tok has the advantage of word play and even the luxury to space out tweets in ways to make it funnier or even add to a visual. (i.e the candle seance circle meme and this to that meme). This is something so simple that other social media platforms lack but create great content on twitter. And let’s face it, no one reads instagram captions that are more than 4 lines long. When it comes to fashion twitter specifically the ability to comment and easily see other people’s comments (especially now with the viewing quote tweets feature) it has become easier than ever to comment on a fashion look, opinion, or idea. Since twitter is also a very relaxed platform it creates the space for people to memeify their favorite fashion content. The Devil Wears Prada being a fan favorite. – Perla

What makes your event different from events and campaigns organised by fashion ‘insiders’? Why do you think so many people were drawn to it?

Events organized by insiders often have an element of exclusivity that maintains the idea of insiders and outsiders. Our event made a point to do the opposite. There was no list of invitees or requirements for joining. Our entire mission was about being totally inclusive and we made sure to emphasize that anyone and everyone was invited. The point of this event was simply to celebrate fashion and I think that’s why people were drawn to it. After all, our community is held together by a love of fashion– what better way to recognize that than to celebrate fashion’s biggest night together? – Senam

What were the key values behind your event?

Our main values behind the event are inclusivity and accessibility. Not only the Met Gala but the fashion industry as a whole is highly elitist, making it an almost impossible challenge for new creatives with no connections to break into it, which generates a never ending carousel of the same 5 creatives being in charge of the industry. This lack of new creatives of different backgrounds with fresh ideas is slowly killing fashion, and that’s why as fashion devotees we highly believe in the democratization of the industry. As for accessibility, the event being held on twitter, a free social media app, not only gives any one from all over the world a chance to participate and share their vision of the theme in question, but also an easier opportunity to be discovered. – Sofia

Fashion has a habit of not meeting people at their level, instead expectating people to jump through hoops to get to them. We wanted to really throw that idea out the window and create something that looks at what people are actually wanting rather than what someone else decides they should want. Simply hosting the event on Twitter, a free social media platform, was certainly a step but we’ve always worked to set a foundation of inclusivity and acceptance. From there we built up multiple categories to cater to people who want to participate at different levels of intensity, from creating photo sets to creating full physical garments. The open creativity category was added specifically to be a “catch-all” so that if someone wants to participate but has limitations in resources/time/etc they still can. We want to be able to meet people where they are, and even the playing field by doing so. – Aria

How is the fashion media landscape changing, in your opinion? Is humour a part of this?

Social media in general has taken a more humorous approach to life topics in these past couple years, and that doesn’t exclude fashion. While in the past designers and brands were seen as untouchable, today that has changed and critique has become way more harsh, and with that satirical. People are bored with the overall pretentiousness of the industry and are taking a more approachable route to discussions regarding it. More often than not a light is being shed at the problems of the industry, not necessarily glamorizing it even when complimenting the art form. – Jana

If it were up to you, how would you like the fashion media space to change?

For starters, we want to see creators get paid what they deserve for their work- be it a writer, stylist, photographer, intern, media assistant, or anything else- creatives should not have to scramble to survive; you can’t acknowledge the value of someone’s work, and then refuse to pay for that value. We want to see an end to the restrictive nature of elitism that plagues this industry through the democratization of the access to knowledge; far too many designers’ collections and their literature (notes, inspo, etc.) sit collecting dust behind paywalls. We’d also like to see not only the uplifting, but the centering of BIPOC voices in discussions about fashion history, sustainability, and growth/change of the industry, especially when discussing these aspects in relation to communities most affected by them. – Rebe