How did surrealism impact fashion? 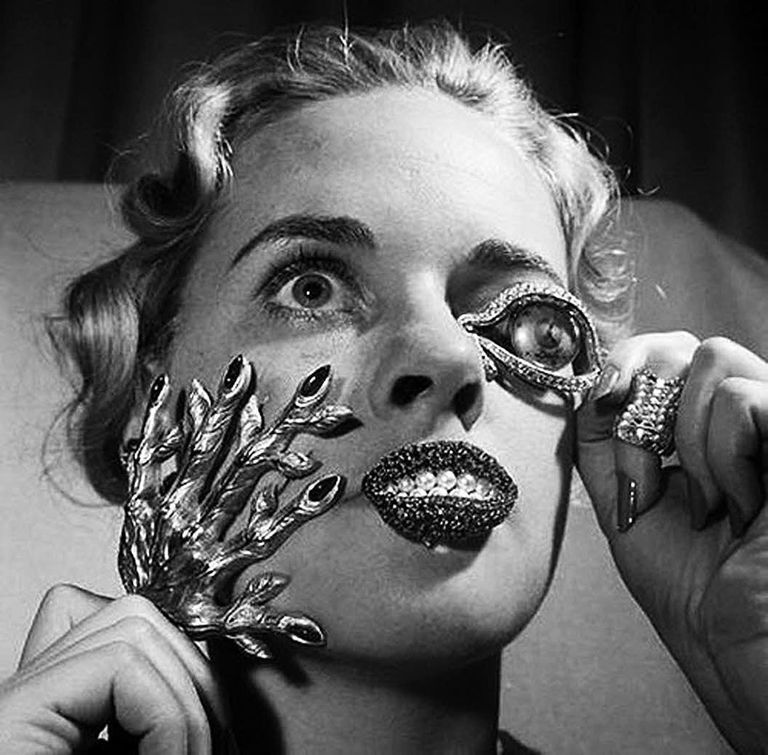 Surrealism and the Legacy of Elsa Schiaparelli (1930s, 40s)

‘Surrealism’ (denoting ‘beyond reality’) was a natural successor of the dadaist movement. It was all about rejecting a rational vision of life in favour of one that asserted the value of the unconscious and dreams. The movement’s artists found magic and strange beauty in the unexpected and the uncanny, the disregarded and the unconventional.

The Surrealists were in part inspired by Freud’s ‘Interpretation of Dreams’ – the thesis of which was that dreams allow people to express unconscious wishes they find unacceptable in real life. Surrealist ‘humour’ was thus predicated on deliberate violations of causal reasoning, producing events and behaviours that are obviously illogical. Things such as bizarre juxtapositions, incongruity, non-sequiturs, irrational or absurd situations and expressions of nonsense – that’s what these artists loved to explore and represent in their work. In the fashion world, one name in particular comes to mind when we talk about surrealism.

And that is none other than Elsa Schiaparelli.

Schiaparelli was in fact friends with Duchamp and some of the surrealists in the art world, and was thus very influenced by them. In some cases, she even collaborated with them – for instance, in 1937 she and Salvador Dali created the famous “Lobster Dress.” 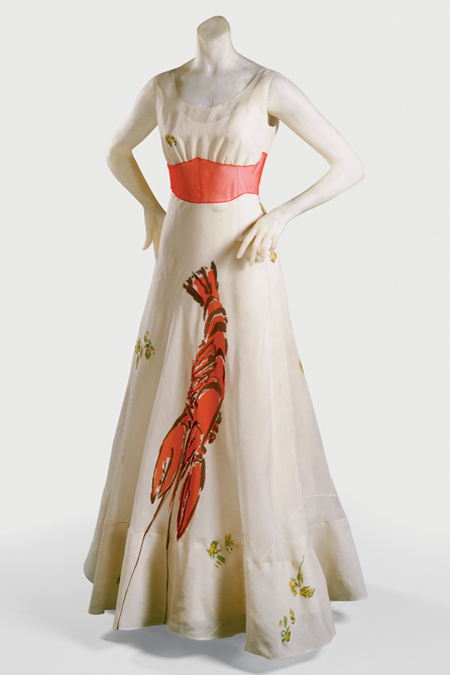 She is famous throughout the fashion world for having first challenged the ideal of ‘what is beautiful,’ by transgressing previously prescribed hierarchies of materials and techniques. Schiaparelli “stood out among her peers as a true nonconformist, using clothes as a medium to express her unique ideas,” according to Vogue. “In the thirties, her peak creative period, her salon overflowed with the wild, the whimsical, and even the ridiculous.” Her innovative vision and her disregard for the so-called ‘fashionable’ and ‘beautiful’ led her to be the creator of many ‘firsts’; she was one of the first designers to present clothes with visible zippers, patented a swimsuit with a built-in bra and her line of colored hosiery was groundbreaking for its time.

Two designs that illustrates the dynamism of her legacy:

The knitted pattern on the sweater from 1927 is an optic illusion of a sailor collar and the “Tear Dress” imitates pieces of torn fabric.

Importantly, Schiaparelli is most known for her interest in the blurred boundary between body and garment, for example, seen in the following works:

Have you heard of Elsa Schiaparelli and what do you think of surreal fashion? Share you opinions with your peers in the comments down below.

Vivienne Westwood and the Aesthetics of Anarchy (1970’s)

Shortly following the era of surrealism was the ever-recognisable ‘punk’ youth subculture, which encompassed a wide array of ideologies, fashion, art, literature, film, etc. In the fashion realm, the styles in fact played on and developed a lot of the techniques established by surrealist design. The subculture is credited as having emerged in the United Kingdom during the depressed economic and sociopolitical conditions of the mid-1970s, under Margaret Thatcher’s regime. Humour was used in this movement to rebel against and ridicule the political order, and as a form of solace and an expressive outlet. Thus, the humour associated with this punk-culture is generally satirical, filled with comical spirit.

In the fashion world, Vivienne Westwood is often hailed as the creator of this movement. Though this is certainly an oversimplification, given the political conditions that also contributed to its emergence, she is certainly the biggest industry name involved, and effectively commodified the energy, aesthetic and morale of the punk movement (ironically so, given that ‘anti-consumerism’ was supposed to be one of the major tenets of punk ideology).

Take a look at two of her iconic designs to see how she did this:

It can be said that punk served as the ultimate catalyst in the process through which humour has infiltrated into fashion. After Punk, the fashion that was created in the eighties (such as the work of Rei Kawakubo for Commes Des Garcons) and the nineties (and to this day) appropriated its aesthetics and its humour characteristics. We will be exploring this as we go through the course.

Engage with your peers in the comments down below.