The two main classifications of airspace

What is controlled and uncontrolled airspace? And, are there other airspace classifications to consider? This article explains it all.

What are the two main classifications of airspace?

In uncontrolled airspace, pilots are often not visible to air traffic control but must still follow flight rules.

As well as being broken into controlled or uncontrolled airspace, Australian airspace is further divided into different classes, where internationally agreed rules for flying apply.

Depending on how far and how high an aircraft wants to fly, it will pass through different classes of airspace, in which different rules will apply to it. 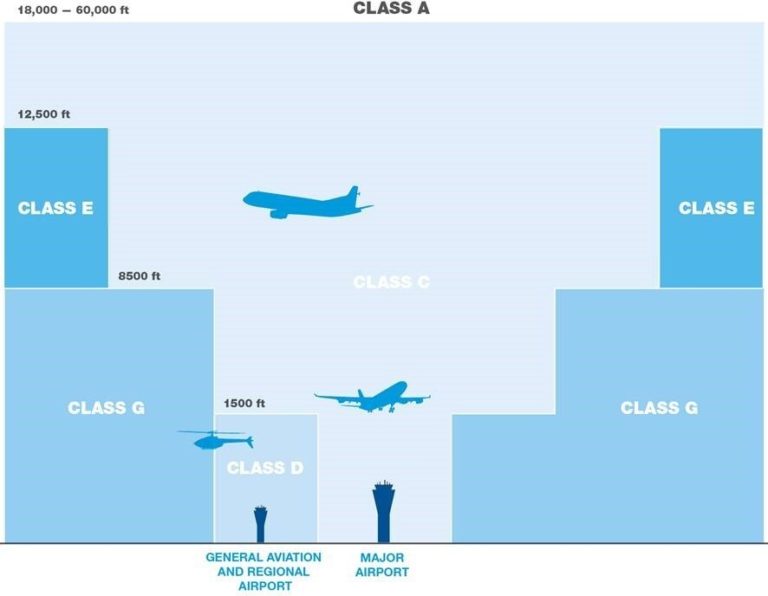 Class A: This high-level en-route controlled airspace is used predominately by commercial and passenger jets. Only IFR (‘Instrument flight rule’) flights are permitted and they require an ATC (Air Traffic Control) clearance. All flights are provided with an air traffic control service and are positively separated from each other.

Class D: This is the controlled airspace that surrounds general aviation and regional airports equipped with a control tower. All flights require ATC clearance.

Class E: This mid-level en-route controlled airspace is open to both IFR and VFR aircraft. IFR flights are required to communicate with ATC and must request ATC clearance.

Class G: This airspace is uncontrolled. Both IFR and VFR aircraft are permitted and neither require ATC clearance.

Note: At towered airports, the class of airspace may change subject to the time of day.

There are a number of different air charts available to people when planning flight operations. These detail various factors including restricted areas, airports and more. Your organisation’s Chief Pilot (or delegate) is responsible for ensuring all flights are conducted in accordance with the law and you should have policies in place that support this.

As a general rule, whenever there are operations proposed that are outside the SoCs in regards to not flying within 5.5km of a controlled aerodrome, this should prompt you to seek advice from your Chief Pilot (or delegate), or the sub-contractors relevant manager to ensure someone has been in contact with air-traffic control and has received permission to fly. Drones around airports are a particularly sensitive issue and you definitely don’t want your organisation being the star attraction in an incident.