Read about the city of Groningen, and listen to a song sung by university alumni about student life in Groningen. 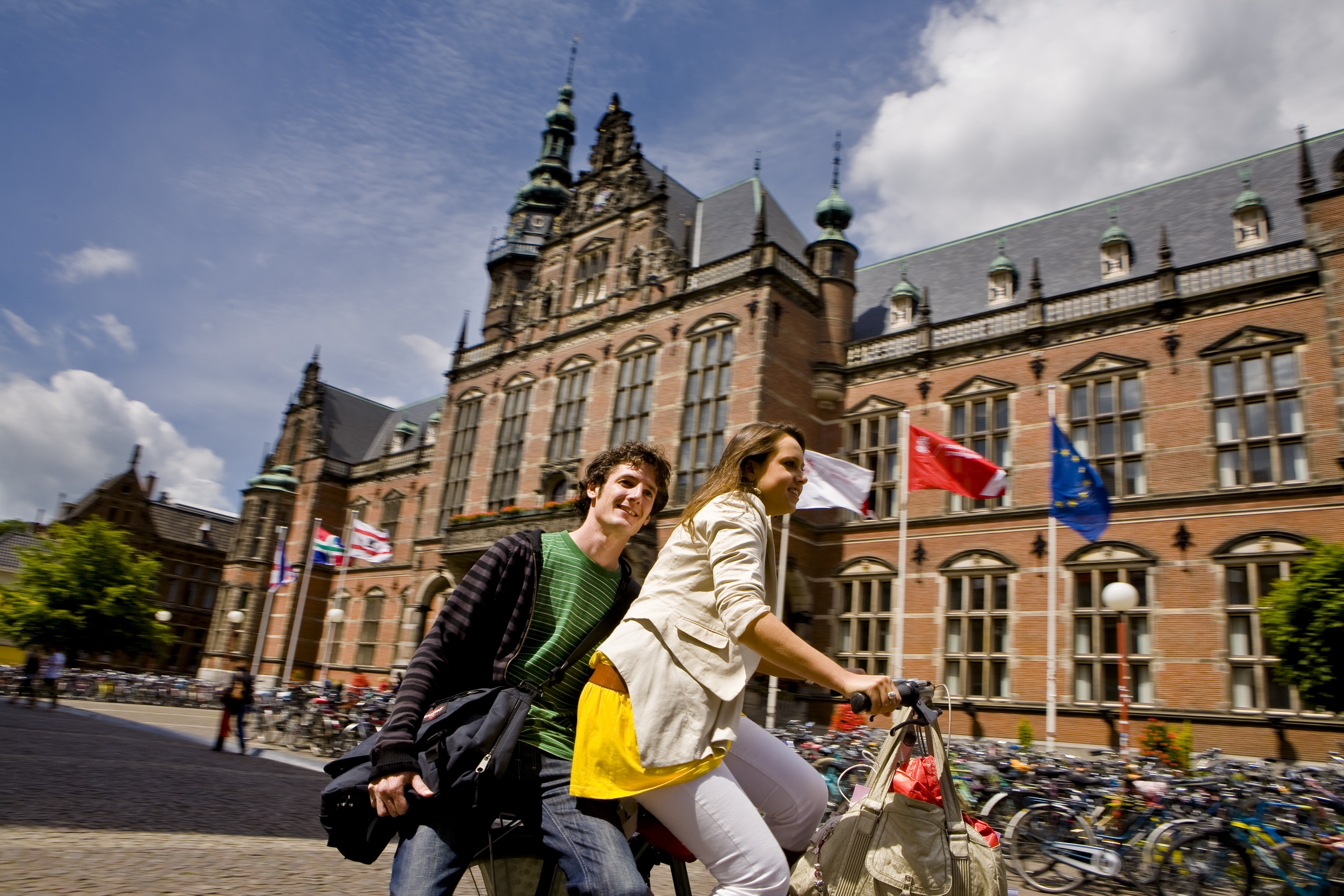 Learning the Dutch language involves getting to know the Dutch culture. Every week in this closing section, we will highlight a few aspects of Dutch culture that we think you might find interesting. This week we will focus on Groningen and our University.

Groningen is a city in the north of the Netherlands with around 200,000 inhabitants. Around 55,000 of them are students of the two main universities, the University of Groningen and the Hanze University of Applied Sciences. It is famous within the Netherlands for being a student city and having a very young population with an average age of 36. Groningen is two and a half hours from Amsterdam’s Schiphol airport by train, and approximately three hours from Bremen and Hamburg in northern Germany.

As you know, this introductory course is offered to you by the University of Groningen. Our University is the second-oldest in the Netherlands. It was founded in 1614, meaning this year we will be celebrating our 405th anniversary.

To give you a glimpse of what academic life in Groningen is like, we would like to refer you to the For infinity – the movie (if you prefer this website to open in a separate window, click the CTRL key while clicking the link). This movie was made for the 400th anniversary. It is a fascinating way to be introduced to Groningen, the University and its staff. The film is in English / Dutch with subtitles. You will definitely recognise some words and phrases!