Background: Vaccinations and how we get information on health issues

Article discussing why vaccines are important, and a case study about the UK losing its measles elimination status.
© BSAC & PHE

We will now focus briefly on the importance of vaccines. Vaccines keep us from catching dangerous infections and help us avoid the need for medical treatments like antimicrobials. 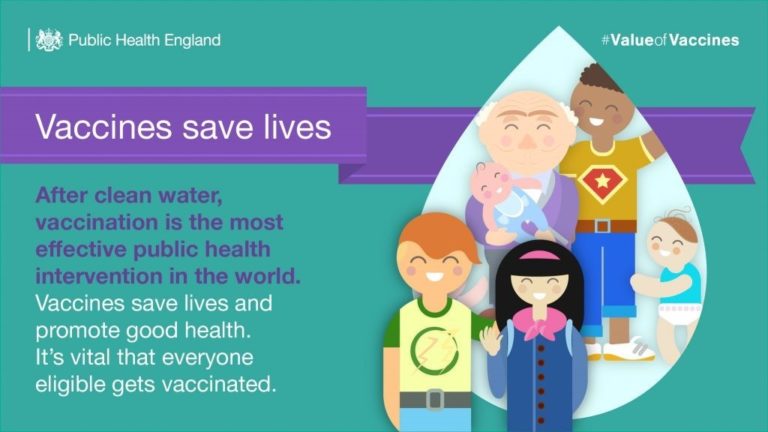 Various issues, including vaccine hesitancy due to misinformation, have led to a drop in vaccination for children in many countries. This has contributed to outbreaks of infections that had once been eliminated in some areas. For instance, in August 2019, the UK lost its measles elimination status.

Ensuring that members of the public receive the right information on key issues like vaccinations is key to ensuring that our children can live healthy lives and that we can reduce the spread of antibiotic resistance. It is important that we know where to look for accurate information and advice, especially on the internet.

The NHS vaccination schedule for the UK.

In August 2019, the UK lost its measles elimination status. The UK initially achieved World Health Organization (WHO) measles elimination status in 2017, based on data from 2014-2016. However, in 2018, there was a marked increase in the number of confirmed measles cases, with 991 confirmed cases in England and Wales, compared with 284 cases in 2017. The number of children vaccinated against measles, mumps and rubella by their second birthday had also dropped for the fourth consecutive year. 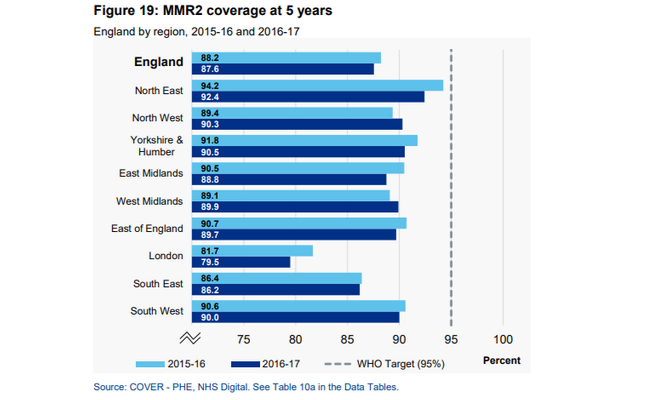 Graph description: This graph shows that the MMR2 vaccine coverage dropped for 7 out of 9 local teams, and for England overall between 2016 – 2017. There were no local teams reaching the WHO target of 95% coverage.

Furthermore, the same strain of measles virus (called B3 Dublin) was detected for more than 12 months across 2017 and 2018. Based on this, WHO determined that the UK could no longer be consider as “eliminated” and that transmission of measles had been re-established.

Read the Public Health Matters blog on Measles in England if you would like more information on this case study.

If you would like to learn more about vaccines, you can join the BSAC FutureLearn course which investigates the role of vaccines in preventing infectious disease and antimicrobial resistance.

Are there any common misconceptions about vaccines you come across in your setting?