Watch this lecture to learn about how the body responds to weight loss by defending body weight – and how this influences weight regain.

The evidence shows us that the majority of people who are overweight or obese and lose 5-15% of their body weight through dieting and/or exercise, will regain weight to within 5% of their baseline weight within 3-5 years.8,9 This weight regain is thought to be driven by the long-term persistence of hormonal adaptations to weight loss, which lower resting metabolic rate or energy expenditure and drive the physiological pathways for weight regain.

Researchers have reported a 15% reduction in resting energy expenditure in participants who lost 10% of their body weight.5 To put this in simple terms, a person with a stable weight who was obese, and successfully lost weight through dieting, would then have to reduce their energy intake by approximately 15% following a diet in comparison to what they were eating before dieting to maintain their new energy in/out equilibrium and maintain a stable weight.

The literature suggests the following physiological and hormonal pathways for the defence of weight:

There is no difference for weight regain depending on whether weight is lost rapidly through very low calorie dietary interventions or more slowly
Despite the common belief that rapid weight loss results in more rapid weight regain than gradual weight loss, evidence suggests there is no difference in the rate of weight regain, and in fact, some of the advantages of rapid weight loss (as associated with a very low calorie ketogenic diet) include people being more likely to lose weight, and more likely to be adherent to dietary interventions given the motivating element of seeing results8

Obesity can be conceptualized as the physical manifestation of chronic positive energy balance.10 However as discussed in this module, the simple equation of ‘energy in versus energy out’ does not account for all the potential factors influencing energy balance. The following table summarises potential causes and contributors to weight gain.10 These are relevant as they can be used in the assessment and management of obesity. 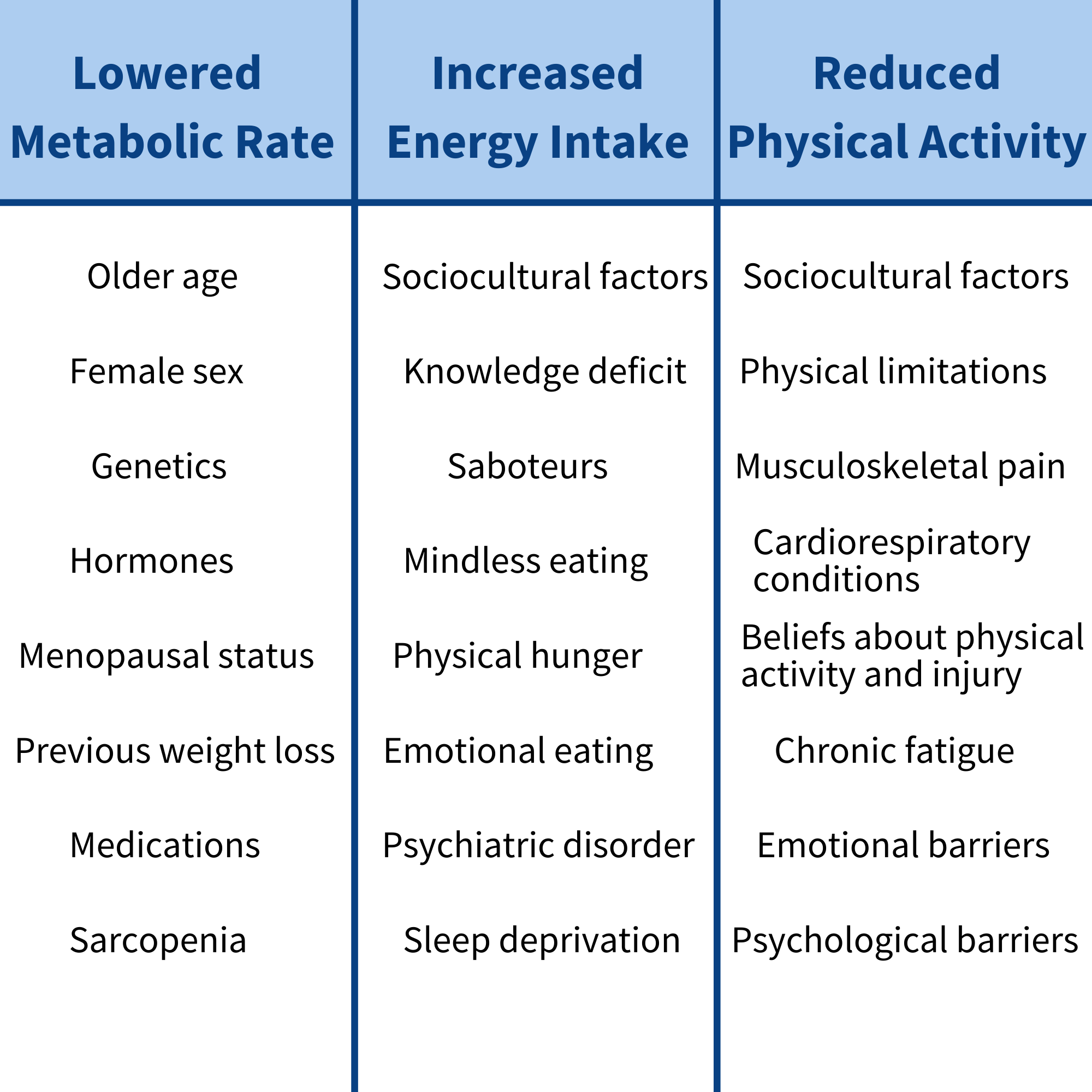 Read: This review article by Sharma and Padwal is a good overview of the role of these factors in the development of obesity. You can find the article here