Obesity is related to several respiratory problems including but not limited to: obstructive sleep apnea, obesity hypoventilation syndrome (OHS) and asthma.

Obesity is related to several respiratory problems including but not limited to:

The muscles which control the tongue and soft palate (which ordinarily hold the airway open) relax too much, obstructing the upper airway and causing a temporary restricted breathing or cessation of breathing (despite continued contractions of the diaphragm). The continued cessation of breathing not only disturbs sleep and causes snoring disruptive for others, but is associated with increased risk of developing depression, chronic fatigue, cardiac arrythmia, pulmonary hypertension, congestive heart failure, stroke and impotence. 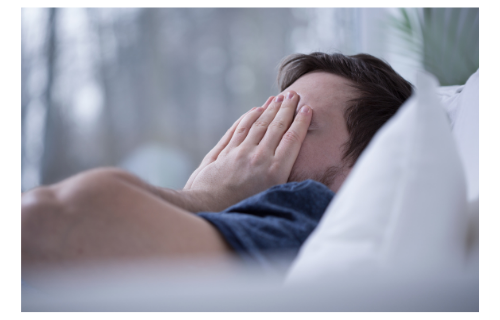 Obesity is considered a major risk factor for both development and progression of obstructive sleep apnea, and the prevalence in people with obesity is approximately twice that of individuals within a healthy weight range19

The mechanisms are likely multifactorial, however, best understood are the mechanical factors:

This is a serious syndrome in which people with overweight or obesity fail to breathe quickly and deeply enough to satisfy their oxygen demands, resulting in too much carbon dioxide and too little oxygen in their bloodstream.

Again, fat deposition around the thorax makes the chest wall less compliant and restricts movement of the chest muscles, causing fatigue of the respiratory muscles and causing the individual with overweight or obesity to breathe less efficiently.

In addition, the compensatory mechanism in the brain which ordinarily responds to rising acidity in the blood (indicating too much carbon dioxide) by increasing breathing rate/depth is blunted in individuals with OHS20

The benefits of weight loss

Weight loss is regarded as the most effective treatment for OHS21

Asthma is a condition in which the airway becomes narrowed, inflamed and may produce extra mucus, all of which cause breathing to become more difficult. The severity varies from minor, to affecting or limiting daily activities, to potentially life-threatening attacks.

Obesity increases airway inflammation via several different systemic inflammatory pathways. These include the over-production of cytokines from excess adipose tissue, the knock on consequences of metabolic syndrome, and pathological responses to oxidative stress.

Mechanical mechanisms also contribute. Obesity reduces lung volumes through increased chest wall loading and reduces functional residual capacity. Increased airways resistance and excessive collapsibility of the bronchioles (small airways) is a feature of late onset asthma in people with obesity. This leads to symptoms such as shortness of breath, wheezing and cough22.

Research has shown that a 5-10% reduction in weight, achieved through either dietary or mixed dietary and physical activity interventions, is associated with clinically important improvements to asthma control (58%) and even greater improvements in quality of life (83%)25