When to stop MDA

Read this article to learn how trachoma elimination programmes assess when MDA has been successful in a district and can be stopped. 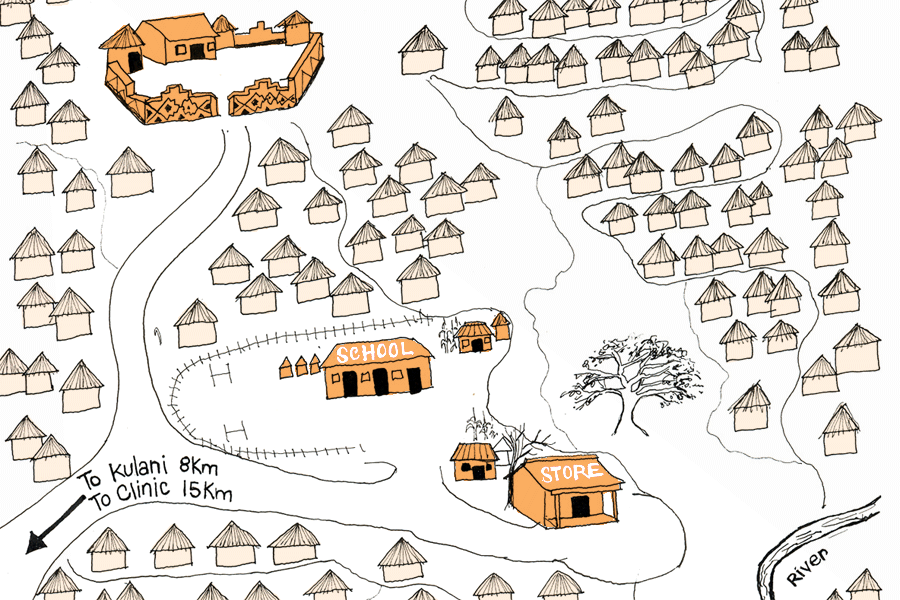 Once Mass Drug Administration (MDA) has been implemented, how do programmes assess when it has been successful in a district and can be stopped?

During MDA to eliminate trachoma, antibiotics are offered to all members in a community. Infants less than six months old are provided with tetracycline eye ointment and everybody else is offered azithromycin. In order to be effective the targeted population must receive and take their antibiotic. Antibiotic that is not distributed is not contributing to the elimination of trachoma!

Because poor coverage is likely to have less impact than high coverage it is useful to understand what proportion of the population took their antibiotic during each MDA round. This can be estimated by dividing the targeted population by the number of doses of drug given out. A more accurate, and more useful method is to conduct a population-based coverage survey. This is not difficult and can be done in a short period of time.

MDA teams are generally consistent in the way they work from day-to-day. It is better to conduct a coverage survey that assesses the work of several teams rather than the work of one team.

A small number of households, typically seven, are selected from a number of randomly selected villages, typically 30. For this reason they are commonly referred to as 7 x 30 surveys. In each household, information on how many persons received the drug is collected. The aim of an MDA is to reach 100% of the population and 80% is considered a minimum acceptable coverage.

Impact surveys are conducted after 1, 3, or 5 rounds of annual MDA to assess the prevalence of TF. It is advisable to monitor annual MDA coverage before the formal impact survey, as it can help to predict and interpret the results of the impact survey.

Ultimately, the criterion for stopping (or continuing) MDA is the impact survey. MDA is stopped if the prevalence of TF in children aged 1 to 9 years is < 5%. Since this threshold is so important, the quality of the impact survey is critical.

What happens if the criteria on coverage is not met during the planned MDA? What steps can be taken?

It is important that the people planning and implementing MDA examine coverage reports. Usually coverage is reported between 80 to 100%, but occasionally it may be reported as greater than 100% or lower than 80%.

It is important to understand why:

To know what the true coverage figure is, it is important to do a population-based coverage surveys using the 7 x 30 method.

There are no hard and fast rules about what to do if coverage is reported as being outside the target range. It is important to discuss the result with the district supervisor to try to work out why that result was obtained, and it is good practice to have regular check-ins with the district supervisors during an MDA campaign – they may identify issues causing low coverage which can then be corrected during the campaign.

Who makes the decision to stop MDA?

TThe decision to stop MDA is made by a country’s national trachoma task force. It is important that the coverage threshold has been achieved and that there are no remaining areas within the district that are likely to still have a high level of trachoma (hot spots). The International Trachoma Initiative generally approves applications for donation of azithromycin for districts where the prevalence of active trachoma (TF) is above 5% in children aged 1 to 9 years. They should not be expected to approve a donation for a whole district if the prevalence was less than 5%.

How are communities informed about the decision to stop?

Azithromycin is a popular drug. After a few years, people generally look forward to the annual MDA campaign. During the community mobilisation for the later rounds of antibiotic it is a good idea for the community mobilisers to tell people that they are receiving drug because they are at risk of blindness from trachoma and that once the disease is no longer a problem the drug will be sent to other people who need it. They should be encouraged to come and get the drug whilst it is still available.

We hope you have enjoyed the first three weeks of the course! Don’t forget, when you feel happy with the material and ideas covered in a step, please mark it as complete. If you’ve been doing this, you can check your progress using the Progress tab at the top of each page.

In Week 4 we will focus on F and E, the facial cleanliness and environmental improvement components of the SAFE strategy. Multi-disciplinary actions by a wide range of stakeholders are needed to plan and implement F and E for trachoma control.