An article describing the range of insect-based protein alternatives, how they are farmed and nutritional and safety issues.
© EIT Food

In recent years, edible insects have captured the attention of many Western entrepreneurs. Insects are now legally recognised as novel food in Europe and many countries have started producing and selling them as food or animal feed. In fact, you can already cook pasta made from mealworm flour or snack on a protein bar made from cricket powder. 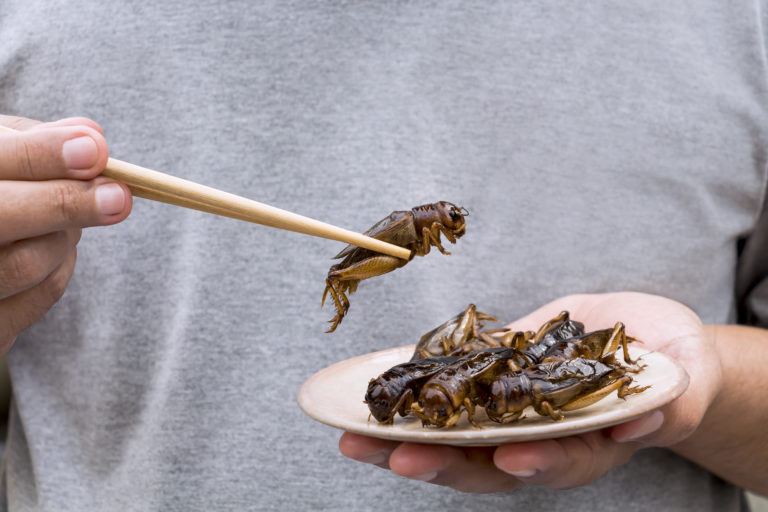 Entomophagy is a long word, but it simply refers to the act of eating insects by humans. [1] Research shows that people have been eating insects since prehistoric times. In fact, before becoming hunters or farmers, our ancestors may have often relied on insects as a source of protein. [2]

There are over 1900 edible insect species already in the diets of approximately 2 billion people across Africa, Asia and Latin America. Some of the most consumed species include beetles, caterpillars, butterflies, wasps, ants, grasshoppers, locusts, crickets, termites and flies. They are praised for their taste, cooking versatility and nutritional value. [3,4]

As entomophagy is increasingly proposed as a solution to the challenge of future food security, the question arises: are we on the verge of an insect-based daily diet? If so, what does it mean for our health and environment? 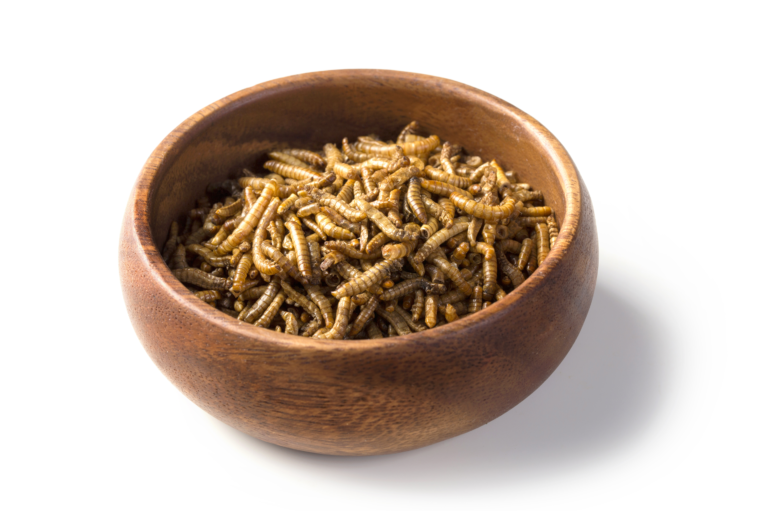 High feed conversion efficiency is the main advantage of edible insects. Simply put, insects require substantially less feed to produce the same amount of protein as conventional livestock. For example, crickets consume up to six times less plant matter to produce 1 kg of protein compared to cattle. However, this may not apply in every case, as feed conversion efficiency depends on the insect species, the type of diet they have and their rearing conditions. [5]

It’s interesting to note how the type of diet seems to affect the growth and nutritional value of edible insects. Crickets fed on biowaste were reported to grow less efficiently than those fed on poultry food. But relying on the same grains that are used to farm animals defeats the purpose of using insects to reduce our reliance on fodder crops. [6,7] Instead, insects grown on organic waste can be used to feed livestock, which could be beneficial for the environment for several reasons. Firstly, organic waste streams would be reused instead of being disposed of. Secondly, the environmental burden of producing high-protein grains to feed livestock could be diminished.

Insects fed on biowaste produce less greenhouse gases (per kilo of protein) than livestock raised using conventional production methods. On top of all this, insects have higher reproduction rates, which make them a more economical and sustainable alternative to livestock. [8-10] 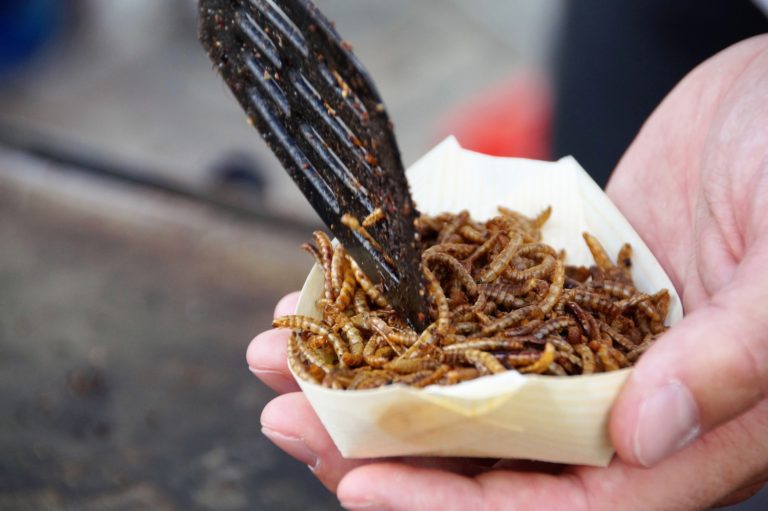 The nutritional value of edible insects varies widely depending on the species, developmental stage (larvae or adult), type of diet and growth conditions. Nonetheless, insects are overall a good source of energy and nutrients. They consist mainly of protein and fat, and most species provide fibre, vitamins and minerals. [12-16]

Insects may not look like your typical protein source, but do not be fooled by their small size. The average protein content of an edible insect ranges from 18% to 25% of their body mass, making them comparable to conventional meats. Usually, they contain all the essential amino acids in varying amounts depending on the species. [12-14]

On the other hand, insects may contain ‘anti-nutrients’, such as chitin, which negatively affects the digestibility of the protein. Chitin is a type of fibre present in the exoskeleton of insects which cannot be digested by most humans. When chitin is removed, digestibility of insect protein is regarded to be only slightly lower than that of an egg or beef. [11, 13]

Currently, insects are mainly collected from the wild in tropical countries where biodiversity is abundant. Wild insects might give rise to safety concerns though, as they are more likely to be exposed to bacteria, pesticides or toxins present in soil and the plants they feed on. However, in Europe only farmed insects are legally allowed to be brought to the market. When farmed in a controlled environment, insects will be safe for consumption as producers will have to comply with regulations and standard food safety procedures. [4,14] 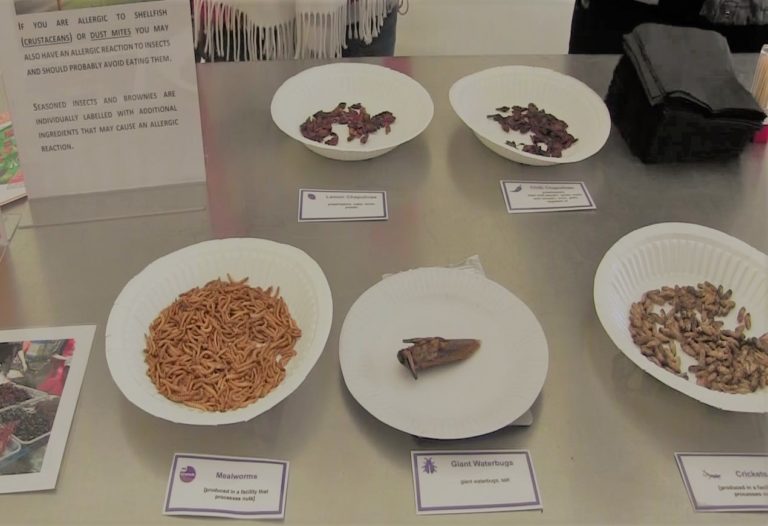 Edible insects are promising candidates in the race to solve the challenge of global food security as they are good sources of energy and nutrients. Furthermore, farming them could potentially have a smaller ecological footprint than conventional livestock, while being equally nutritious and safe for consumption. [3,8-9]

However, research still needs to establish the optimal conditions in which insects can be mass-produced in a sustainable, safe and efficient way. That includes identifying the ideal species to farm, as well as scalable side-stream wastes to use as feed. To compete with meat production and become economically viable, industrial-scale production of insects will also need to invest in innovative technology. Current rearing systems are still highly dependent on manual labour, which makes insects more expensive than meat. [16-18]

If all these challenges are solved (the pros and cons of all the meat alternatives we’ve discussed are summarised in the next Step), consumer acceptance will be the final barrier to overcome and may prevent edible insects from succeeding in Western markets. Overcoming cultural taboos and attracting the appetite of meat eaters will be a significant task in coming years. It may be that insects can’t compete with a steak but could be used as a protein supplement in foods like flour, pasta, cookies and food bars. [19, 20]

Now that you know a little bit more about edible insects, how willing are you to incorporate them into your diet?