Find out more
Home / Nature & Environment / Agriculture / Engaging with Controversies in the Food System / What is palm oil and why is it so useful?

What is palm oil and why is it so useful?

In this article, Andrew Ainslie introduces palm oil, what it is and what makes it so useful in the food and consumable products industry.
© EIT Food

Palm oil is extracted from the palm fruit, which grows on the African oil palm tree (Elaeis guineensis). 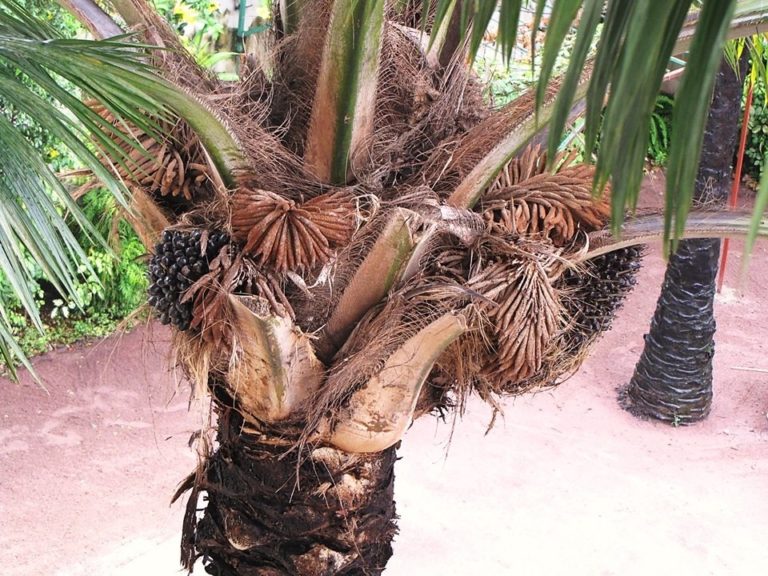 Palm oil (and palm kernel oil) are mostly used in processed foods. In fact, according to Rainforest Action Network, palm oil is found in about half of packaged products in our grocery stores. About 75% of all the palm oil produced goes into food products such as chocolate, biscuits and potato crisps (for example, Doritos which were the focus of a boycott a few years back because of their use of palm oil), margarine, bread, pizza dough and instant noodles. The remaining 25% is used in shampoo, soaps and lipstick, and, literally, hundreds of other domestic and packaged products. More controversially, some palm oil is used as biofuel in vehicles. The EU’s Renewable Energy Directive (RED), adopted in 2009, included a 10% target for the share of transport fuels coming from biofuels by 2020 and energy companies were encouraged to switch in order to reduce the impacts on the climate system of burning pure fossil fuels. This part of the RED is now being phased out, much to the irritation of palm oil exporters from South East Asia, who fear a drop in the price of palm oil as a result of this move.

So is it clear from this wide variety of applications, that palm oil is an incredibly versatile product. In fact, it has become the most widely consumed vegetable oil on the planet. But what’s so great about palm oil?

Firstly, let’s look at its production – the way it’s farmed. It’s perennial and evergreen, producing fruit all year round. It can grow in relatively poor quality soils and is less demanding with respect to soil preparation than other crops. Palm oil has an extremely high yield compared to comparable oil crops. It easily surpasses the yields of other vegetable oils such as soya, canola, olive, sunflower and rapeseed several times over. Average yields of palm oil are 3.6 -3.8 tonnes per hectare (a hectare is roughly the size of an international level sports pitch), against 0.3-0.5 tonnes per hectare for soya and 0.8 tonnes of oil per hectare for oil seed rape. With 18.7 million hectares of planted industrial-scale oil palm in 2017, it is the 3rd largest oil crop in terms of planted area behind soy and rapeseed. Because of its high yields, oil palm produces about 35% of all vegetable oil on less than 10% of the land allocated to oil crops. 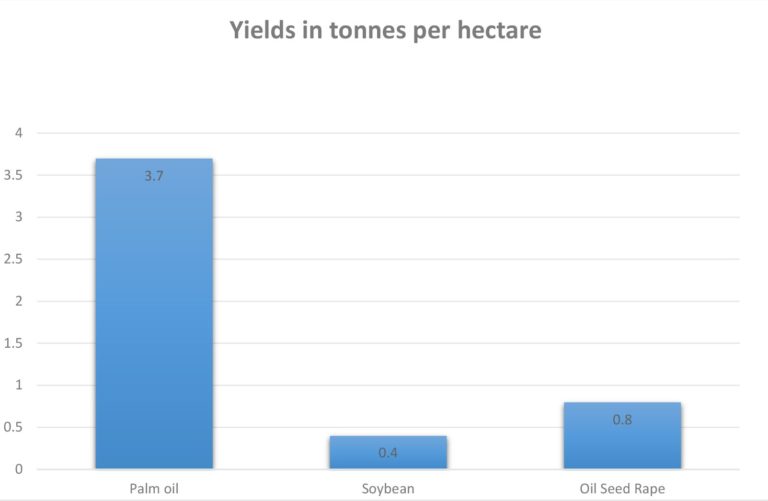 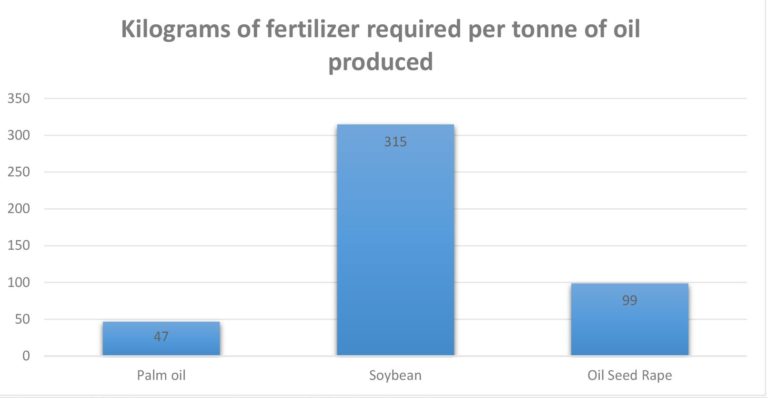 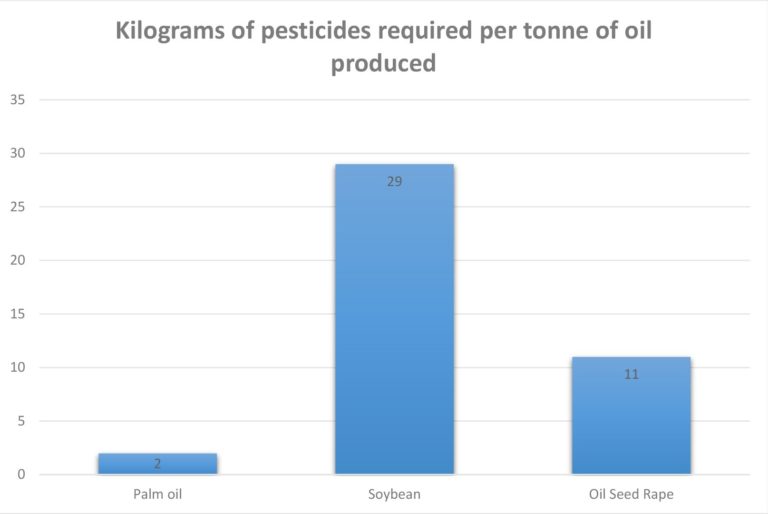 It is something of a wonder crop, a fact that led Inger Andersen, IUCN (International Union for Conservation of Nature) Director General, to comment,

When you consider the disastrous impacts of palm oil on biodiversity from a global perspective, there are no simple solutions… [i]f we ban or boycott it, other, more land-hungry oils will likely take its place.

Palm oil as an ingredient

Why has palm oil become so ubiquitous as an ingredient in foods and other domestic products? It has a number of extremely useful properties:

Palm oil is high in palmitic fatty acid, which is very useful for food products, particularly cooking oil and processed oils and fats. For its part, palm kernel oil is high in lauric fatty acids and is used mostly to provide the foaming agent in soap, shampoo, and detergents for industrial purposes, as well as in some processed foods. Although there are commercially available alternatives to these uses, they tend to be uneconomical given the volumes of palm oil being used for food and industrial purposes, which brings its price down. Cosmetics manufacturers also prefer palm oil to animal tallow for its ease of application and low price.

You can read more in ‘Palm oil ‘disastrous’ for wildlife but here to stay, experts warn’ and ‘How the world got hooked on palm oil’ Both on the UK Guardian news website.