An article setting out the factors that contribute to the controversy.
© EIT Food

Over the past two decades, global growth in palm oil production has been rapid and in direct response to ever-increasing demand for palm oil in both the food and energy sectors, and in industrial applications. [1]

This has numerous implications for its cultivation and onward use, particularly as its expansion has displaced other crops, including food crops, in some of the world’s poorest areas. Although this does differ by region [1], it has also led to increased greenhouse gas emissions via deforestation as native forests are chopped down and through peatland swamps being converted to plantations, releasing methane and carbon dioxide in the process. It has negatively impacted biodiversity by placing wildlife habitats at risk, with the orangutan of South East Asia (now confined to Borneo and Sumatra) commonly invoked as the species most threatened with extinction by the spread of oil palm plantations. And almost inevitably, the dramatic surge in the production of oil palm has also been associated with land confiscations and human rights violations in several countries and regions. 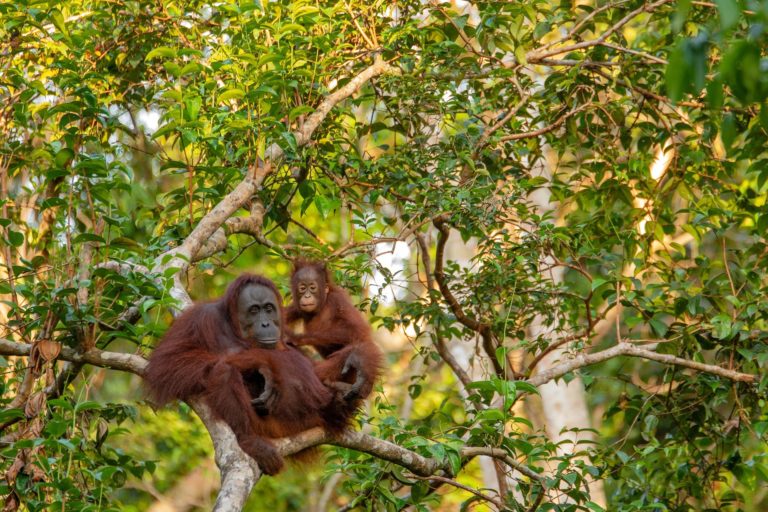 Image by e-smile from Pixabay Source

Despite all these costs, the global economy’s dependence on (some say addiction to) palm oil has only grown stronger. In the 20 year period from 1995 and 2015, global annual production increased fourfold, from some 15.2 million tonnes to 62.6 million tonnes. Production is expected to quadruple again by 2050, to reach a staggering 240 million tonnes. It is estimated that around three billion people in 150 countries now regularly use products containing palm oil. In fact, globally, we each consume an average of 8kg of palm oil every year.

Critics wonder what should be done to limit the negative consequences of our dependence on palm oil, while proponents of palm oil production point to the far greater negative impacts that any substitute crops would very likely have.

So, what are the headline issues? Well, the data couldn’t be clearer: by far the biggest global cause of deforestation is the production of beef, predominantly in the Amazon region of Brazil and neighbouring countries. Second to beef is soya production, though its effect is far less significant. Palm oil and timber (wood products) are next on the list, with palm oil estimated to drive little more than one tenth of the deforestation caused by beef production. [2]

However, perhaps precisely because of its recent rapid expansion in terms of production and its astonishing ubiquity in so many products, palm oil has garnered a great deal of negative attention. The environmental NGO (non governmental organisation) community, in particular, has lobbied hard to have palm oil put on a more environmentally and socially sustainable footing. Doug Boucher, of the Union of Concerned Scientists, says in his blog, that while 59% of the companies active in the palm oil sector have made pledges to do what they can to decrease deforestation, only 12% of the companies in the beef sector have done the same.

This is, palm oil producers argue, a form of hypocrisy on the part of the Western-based, neo-colonial NGOs and governments, who stand accused of double standards in not confronting Brazilian beef producers more directly, given their overwhelming contribution to increases in carbon emissions and thus global warming via deforestation.

Now that you’ve read about the complex factors underlying this controversy, complete this sentence: ‘Palm oil is controversial because…’ and paste it into the comments section below. You may also want to include the priority you place on each factor. Why not use the ‘reply’ button to comment on what other Learners have said, remembering to remain respectful of others’ opinions. There is a wide range of valid perspectives in this debate. You can also agree with what others have said by ‘liking’ their comments.