Find out more
Home / Language / Learn English / An Intermediate Guide to Writing in English for University Study / What is academic writing?

Can you recognise key features in an academic essay compared to other pieces of writing? Take a look at two extracts to see if you can. 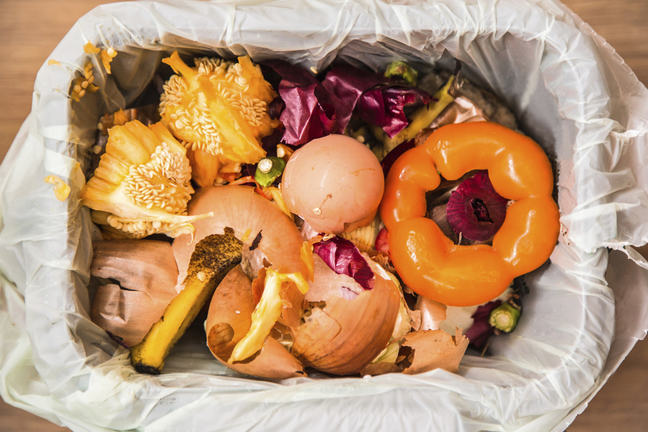 In order to understand what an academic essay is, you need to recognise the differences in style, organisation, and language used in a piece of writing.

You are going to look at extracts from three texts on the subject of food waste. The first is from an online student newspaper, the second from an essay typical of those written in the IELTS exam, and the third is typical of a real academic essay submitted as part of coursework. Take your time and read each one carefully. Consider and take notes of what you think the differences are in style, organisation, and language used in each extract.

Tip: It may be useful for you to note down your thoughts as you read through each text, to determine the different features.

I would like you to imagine something next time you pop down to the Co-op, Sainsbury’s, Asda, or Tesco to do your average weekly shop. I’d like you to take half of the salad you just bought, and toss it in the bin. Take half of that loaf of bread, two of your bag of five apples, a couple of bananas, and a quarter of your bag of grapes, and chuck those too. Or you might even consider not bothering with going to the shop at all – just take a fiver from your wallet and throw it away. Repeat every week. Sound ridiculous? It’s more accurate than you think.
A recent report from Tesco has highlighted the extent of food waste in Britain today, and the statistics are shocking. Of all the bagged salad produced in the UK, 68% never makes it onto our plates, with 35% of that being wasted by us – the consumers. Bakery products are the next most wasted sector, with 47% of total production wasted, and 25% by us. That’s nearly one in two loaves of bread being thrown away overall, and nearly one in four being thrown away by the consumer at a time of growing concerns over food poverty.

As the world’s population continues to grow, the problems of feeding this population urgently need to be addressed. One solution is to increase food production, but reducing food waste can also play a part in solving these problems. Food waste occurs at every stage in the process of growing, processing, selling and consuming food, and can have a number of social, economic and environmental impacts. In this essay I will address the main issues that lead to food waste and some of its negative impacts, and present a number of ways of reducing food waste.
In my view, most farms work in very efficient ways, so little food is wasted on farms. In many developing countries fruit and vegetables are grown for export to the developed world. Supermarkets in these countries expect high-quality products, so farmers in developing countries can usually sell sub-standard fruit and vegetables on the local market, or use them to feed cattle. Some food may be also wasted through in efficient harvesting or problems during transportation.

Introduction
In Europe, food waste is considered a major nutritional and environmental problem. It also detrimentally affects the stability of the whole food chain. According to a recent report, 90 million tons of food is wasted every year in European countries, on average, 180 kg per person (Europe Commission, 2011)
Food waste has many sources which include households, manufacturing, food service and retail. The European Commission (2011) estimated that the proportion of food waste at the retail stage is about 5% of total food depletion in the EU, accounting for approximately 4.4 million tons of food. Food waste has several extensive yet harmful effects on food security, food quality, and also food safety. Even economic development and the environment can be negatively impacted by food waste (Gustavsson et al, 2011). Although at the retail stage food waste may be considered small in comparison with the amount of food waste overall, it is still an issue which can lead to significant economic loss as well as environmental and social problems. However, if this waste can be recycled effectively, it can potentially have huge value economically, environmentally and socially. This essay will demonstrate this potential, by explaining the values of food waste and introducing some methods for recycling food waste.
List of references
European Commission, (2011). Industry, Preparatory Study on Food Waste across EU 27. Publication of the European Commission, DG Environment, Directorate C, Paris.
…..
Gustavsson, J., Cederberg, C., Sonesson, U., Van Otterdijk, R., Meybeck, A., (2011). Global Food Losses and Food Waste: Extent, Causes and Prevention. FAO, Rome.

Now that you have read the three extracts, mark this Step complete to move on to a multiple choice quiz. Do not worry if you do not know all the answers, this is just a quick quiz to get you thinking and find out just how much you already know.