This is the first paragraph of the introduction in “Utility Privatisation in Sub-Saharan Africa: A Case Study of Water, Kate Bayliss, The Journal of Modern African Studies, Vol. 41, No. 4 (Dec., 2003), pp. 507-531”. A student has highlighted a number of words and phrases that might be useful in her writing.

The student has used a dictionary to make notes on these words and phrases. 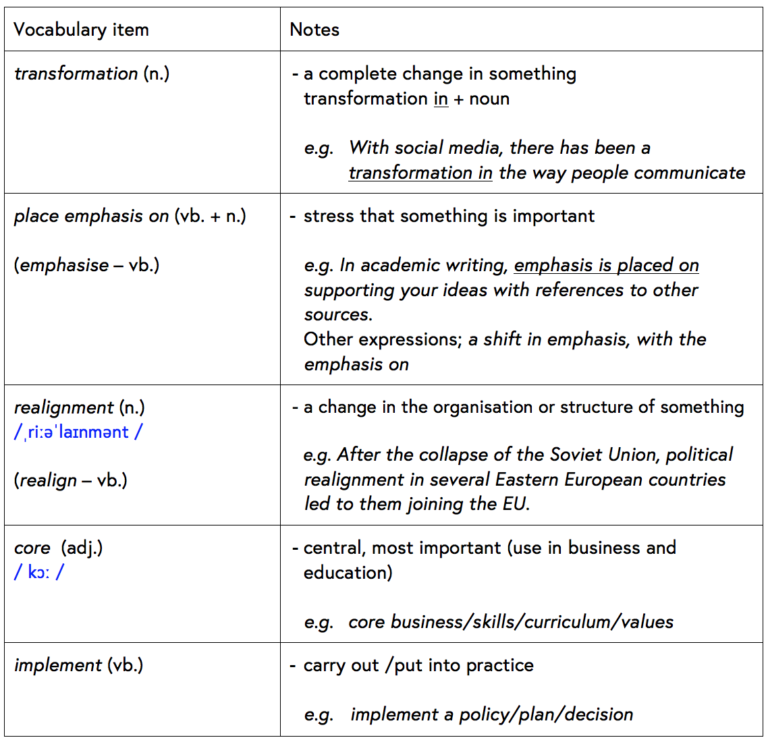 Notice that the student has noted many of the types of information about words or phrases which you saw in the Language Focus activity in Week 2.