The area between the high and low tide is known as the intertidal zone. Intertidal habitats include sandy and muddy beaches, estuaries, and rocky shores across all latitudes of the globe, from the polar regions to the tropics. In this step Dr Phil Fenburg introduces some of the challenges faced by life in these very changeable environments.

The intertidal zone is considered to be one of the oldest habitat types because the tides are a necessary and continual result of astronomical dynamics set in motion prior to the diversification of life.

Last week, in Step 2.4 you learned about the effect of the sun, the moon, and other factors which affect the tides on earth.

What types of organisms are found in tidal seas? 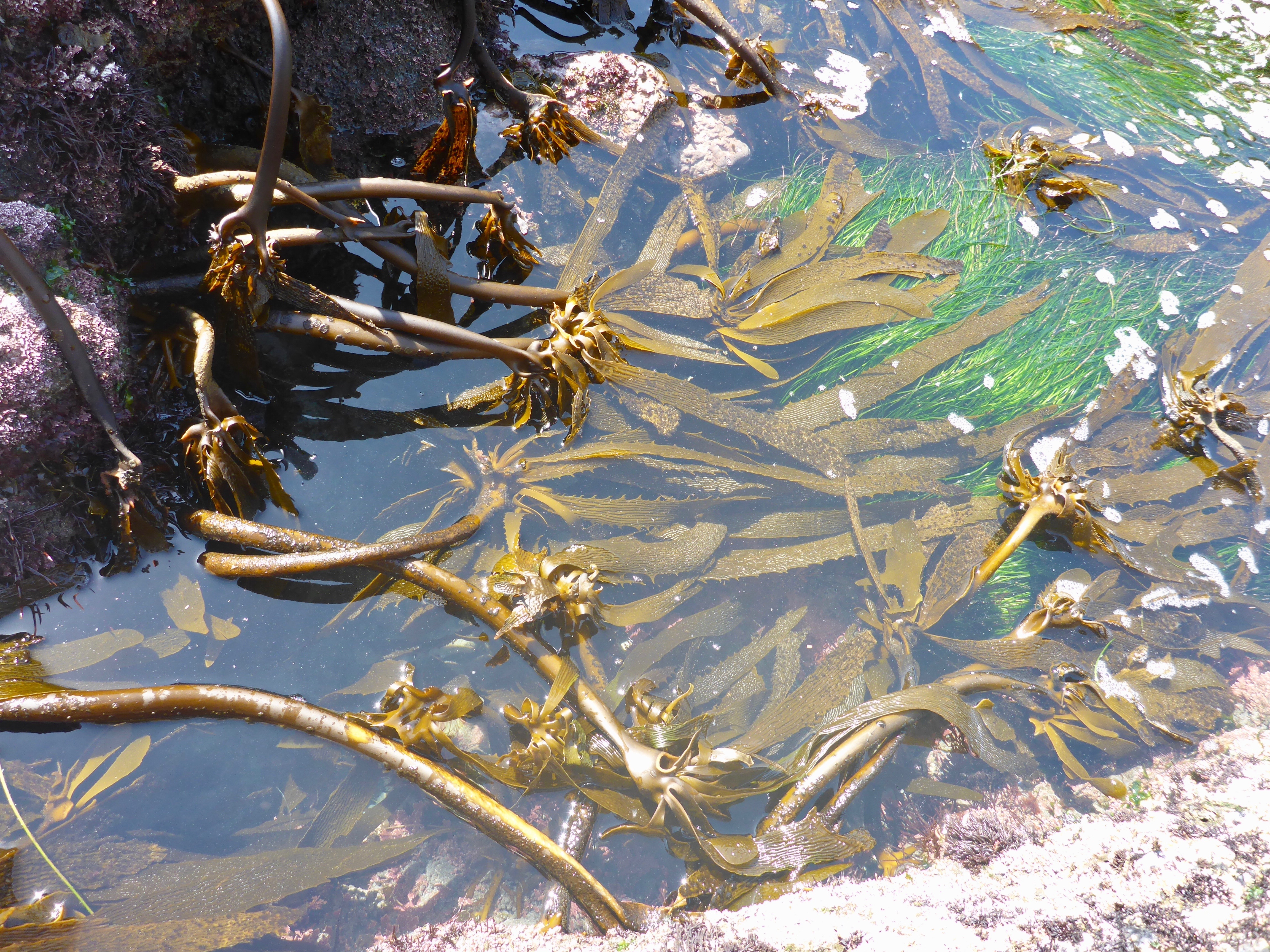 Kelp can often be seen in the low intertidal zone during very low tides. © University of Southampton 2019.

Each of the different types of intertidal zone habitats (e.g. sandy/muddy/rocky shores) contain their own unique mix of fauna and flora. For example, muddy and sandy shores are dominated by animals that live within the sediment (infauna), which include many types of burrowing worms, clams and arthropods (such as crabs). Rocky shores on the other hand, are dominated by animals that live on top of the rocky substrate (epifauna) – such as limpets, mussels, sea-stars, and various types of algae. 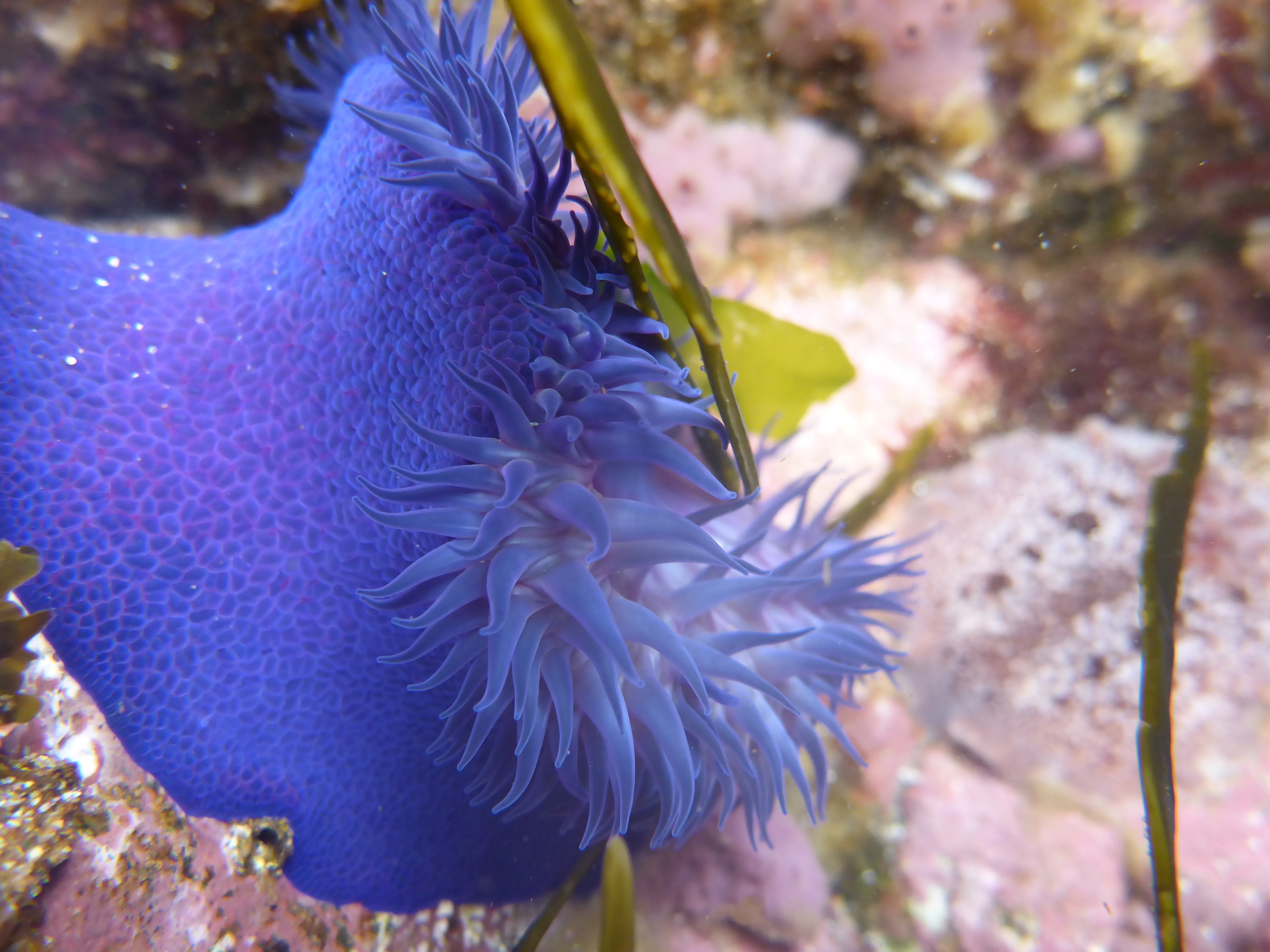 An example of epifauna: a sea-anemone (phylum Cnidaria) in a rock pool on the coast of Peru. © University of Southampton 2019.

How are animals adapted to tidal environments?

The organisms living in the intertidal zone must be adapted to daily cycles of exposure to aerial (emersion) and oceanic conditions (immersion). For example, a low tide on a hot sunny day can be stressful for rocky shore animals because can cause them to dry out (desiccation) and heat up. Fortunately, many animals are well adapted to such conditions. Part of this adaptation is to simply slow/stop activity entirely and shelter until the tide comes back in.

For example, limpets are able to maintain moisture within their shells by firmly clamping down on the rock during low tide. In addition, some gastropods (e.g. limpets, top shells, other types of snails) seek shelter under a cool canopy of brown algae where moisture collects and is protected from the harsh rays of the sun. Other animals higher up on the shore, where algae are less common, will find shelter within a crack in the rock where moisture collects and provides some shade. Alternatively, animals such as periwinkles and top-shells often cluster together at low tide. The increased surface area created within these clusters causes moisture to evaporate slower. 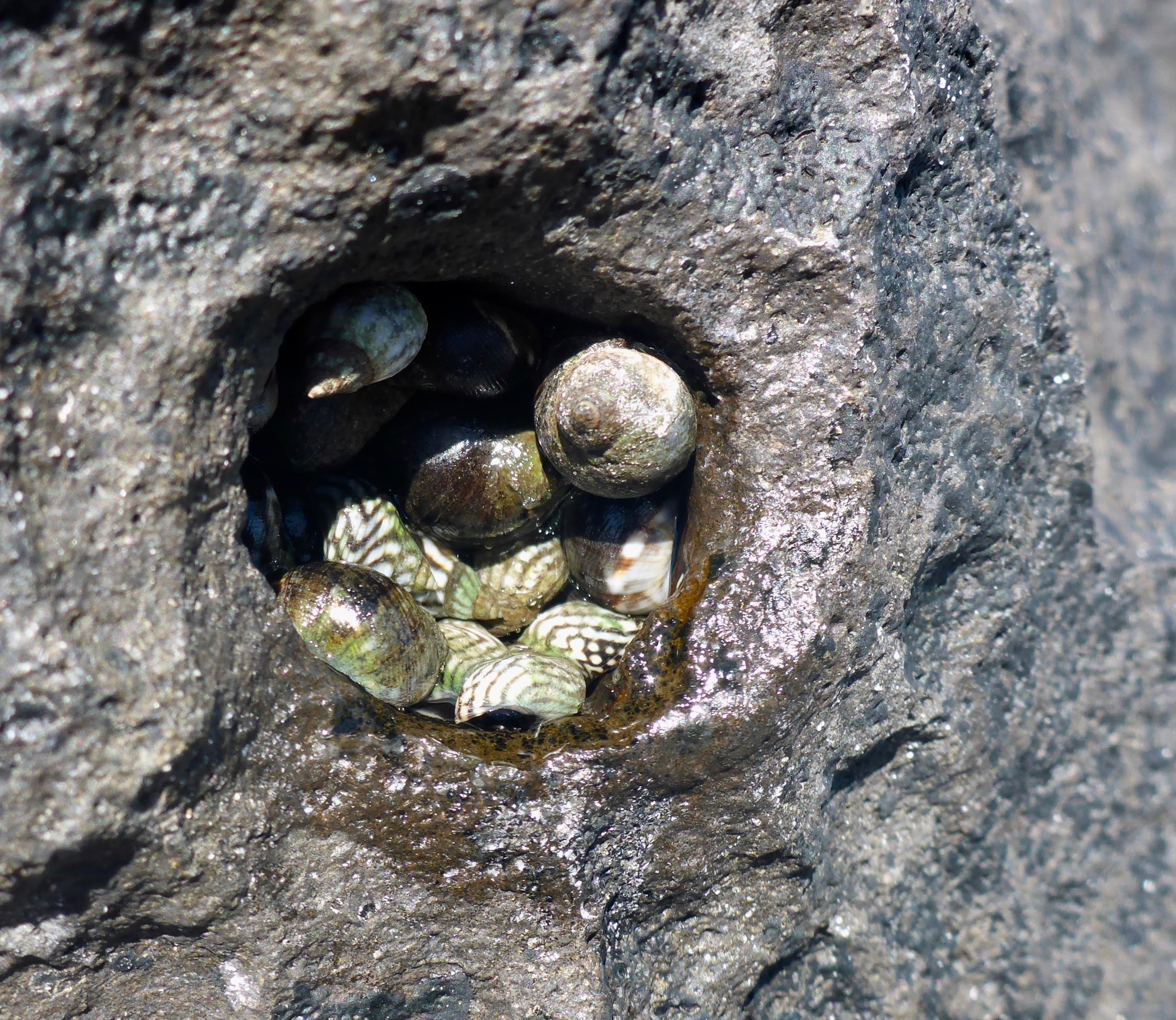 As you can see, intertidal animals have many adaptations to exposure to air temperatures at low tide. But the tide always comes back in! Once they’re covered in water (or are kept moist through sea-spray or wave action) it’s time for the grazers to start eating algae (e.g. limpets, top shells), predators (e.g. sea-stars, whelks, anemones) to seek prey, and for filter-feeders (e.g. barnacles, mussels) to open up their specialised feeding apparatuses to the wide variety of microscopic food brought in with the tide!

Limpets use a “tongue-like” apparatus called a radula to graze microalgae off rocks. Their grazing marks can often be seen on the rocky substrate, seen here. © University of Southampton 2019. 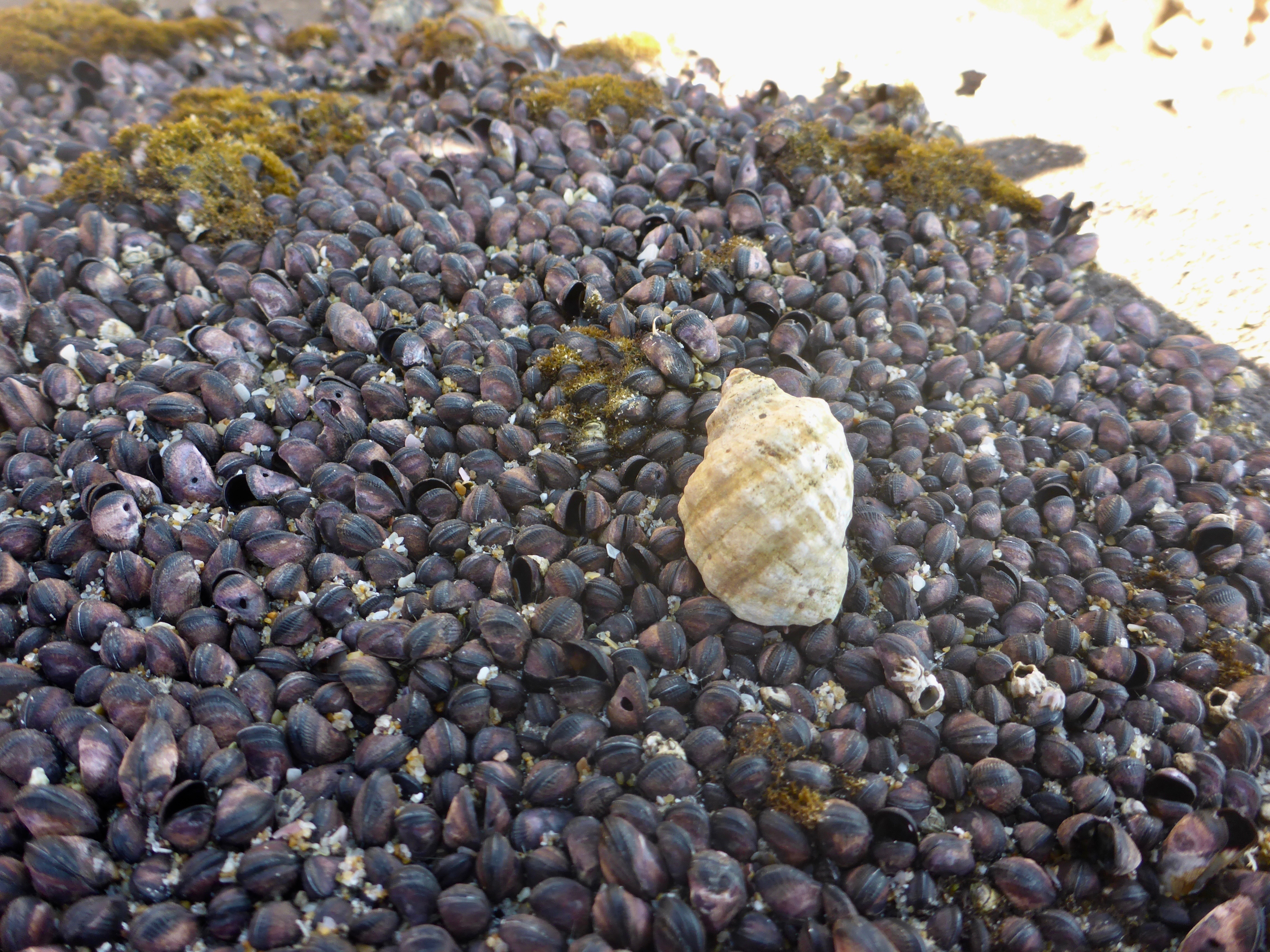 This predatory whelk feeds on mussels by drilling into their shells. How many circular drill holes can you see in this photo? © University of Southampton 2019.

Have you ever been rockpooling? What was your favourite find?