Our north and south poles both seem like frozen expanses but, in this article, Dr Adam Reed explores key differences between them. 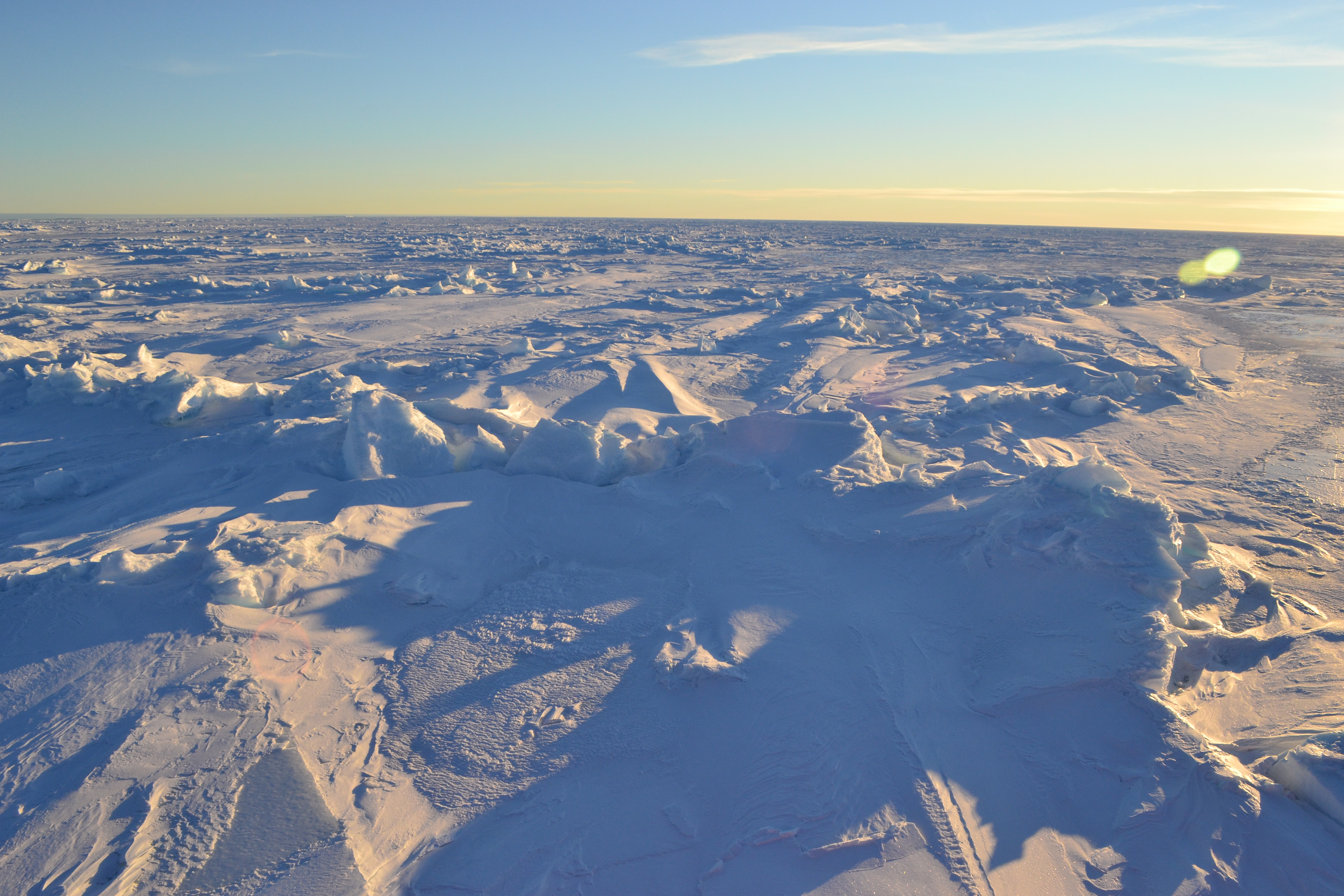 Temperatures in both polar oceans can be as cold as -1.8°C before it freezes, and the animals living here are specially adapted to living in conditions that are not only freezing, but are limited in food. These special adaptations however, also mean that the animals that live here may be more sensitive to change.

While the Arctic and Antarctic may appear similar with their icy landscapes, they are really opposites in their geography. The seasonal formation and melting of ice play a key role in how these ecosystems function, and equally isolate and protect them from the surrounding warmer oceans. 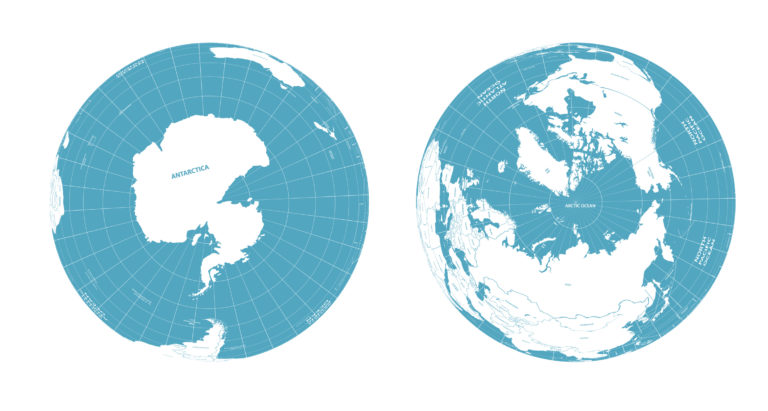 Views of the Arctic and Antarctic. © Oleg Chepurin, iStock, 2019.

The Arctic is a frozen ocean and mostly surrounded by land. In the summer, some of this frozen ice melts but a lot stays and can build up each year to form multiyear ice, several metres thick. The Antarctic is different as it is an area of land surrounded by oceans. Sea ice forms around the Antarctic continent in the winter but much of it melts in the summer as it drifts off into the warmer surrounding oceans. Overall, where the Arctic retains half of its sea ice over the summer, the Antarctic only retains about a sixth!

A characteristic of both polar ecosystems is the seasonal formation and melting of this sea ice, a process which has a vital role in feeding the entire polar marine ecosystem. As ice melts it releases nutrients which feed microscopic algae (phytoplankton). This algae provides food for larger animals in the water and at the seafloor. At the melting ice edge, these algae are particularly nutritious and this higher quality is reflected in the health and abundance of animals all the way to the seafloor.

Both polar oceans are also separated from warmer surrounding oceans by a polar front, an invisible and mobile barrier where cold polar water meets the surrounding warmer waters, but do not mix. Instead, warmer nutrient rich water rise up from the deep Atlantic and feed blooms of phytoplankton at the surface. Like at the sea ice margin, this phytoplankton is an important source of seasonal food, especially in the spring after months of near darkness during winter.

The Arctic polar front is non-continuous as it is broken up by the land, but has a strong influence in the Barents Sea where warmer Atlantic water flows into the Arctic Ocean. In the Antarctic however, this polar front is continuous all around the continent and is associated with the fast moving Antarctic Circumpolar Current. Together they form a physical barrier which separates the Southern Ocean from the surrounding warmer oceans, isolating the species which live within it. You can see these currents in action using this online visualisation tool.

Scientists are concerned that the relationship between the extent of sea ice and strength of the polar front is reducing at both ends of the planet. The UK wide Changing Arctic Ocean (ChAOS) project is currently exploring how the variable and changing sea ice boundary and polar front is affecting seafloor processes in the Arctic. At Southampton, we are particularly interested in how the seafloor animals respond by observing their behaviour and changes in biology across the polar front and ice margin, to try and make projections of what might happen if current trends continue.

In the next step we will meet some of the animals that live beneath the ice. Before we do, what challenges do you think life faces in these freezing waters?