What animals live there?

In this article, Dr Adam Reed explains the challenges faced by animals that live beneath the waves in polar environments. 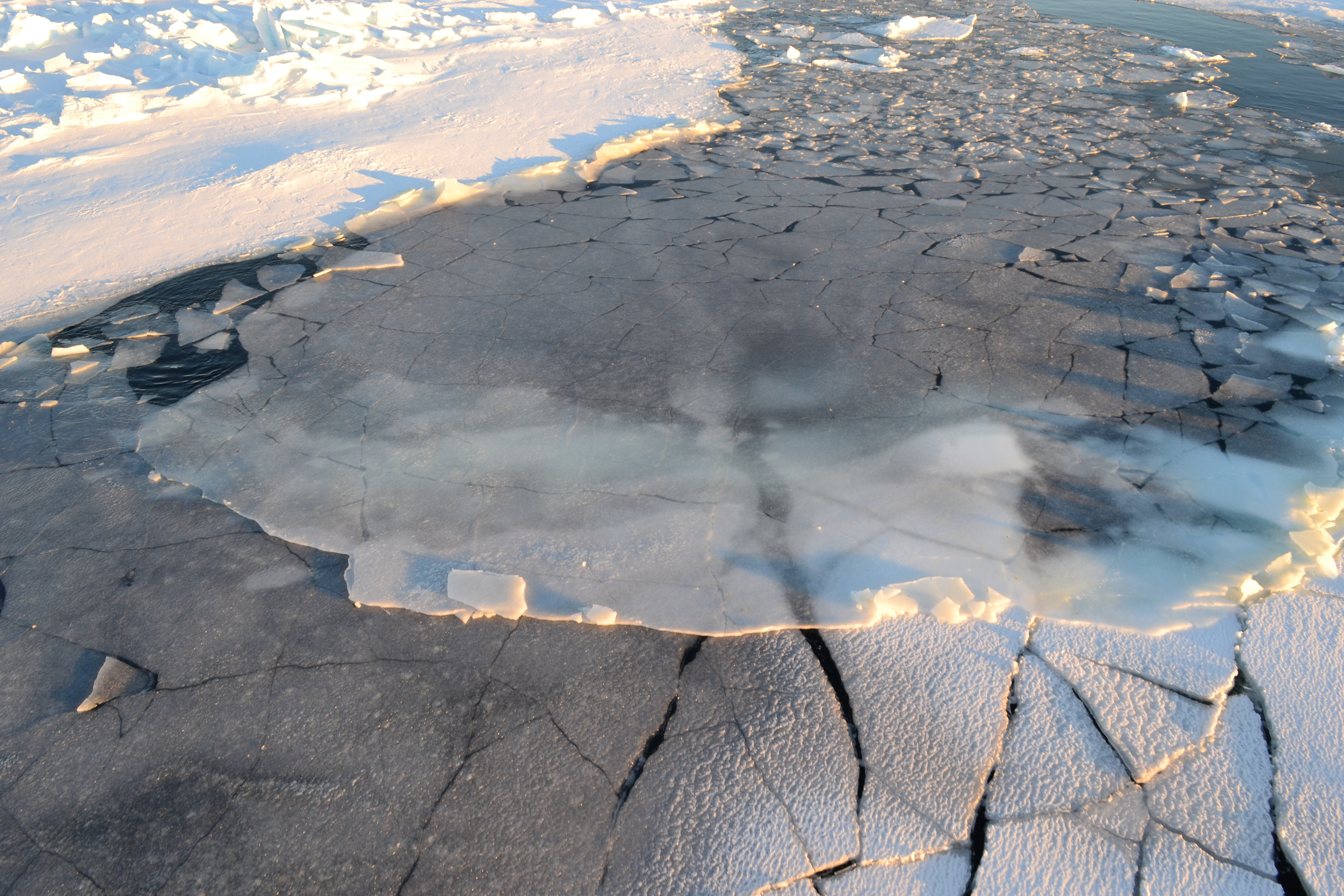 Most people can recognise the large ice dwelling polar bears and penguins, but many marine biologists are far more interested what lives under the ice and at the seafloor. Here, there is surprising amount of life adapted to the unique cold and stable water. Again however, we see distinct differences between the Arctic and Antarctic, especially with the absence of key predators in the Antarctic, and a strong Atlantic influence in the Arctic.

Living at temperatures below freezing means that some animals have had to make extreme adaptations to survive. Some polar fish survive the freezing conditions by having a high concentrations of proteins which act as antifreeze and allow them to live year round below the ice without freezing. These fish are often an important food source for the larger mammals living at the poles, and also the indigenous arctic communities which depend on them for food and income throughout the year.

Life in the Arctic

At the Arctic seafloor, many of the species have a strong resemblance to the populations seen in the Atlantic Ocean. These oceans are so well connected that as the Arctic Ocean gets warmer, a poleward shift of species especially from the Atlantic Ocean may occur, a process sometimes referred to as ‘Atlantification’. Periods of successive warmer winters have seen temperate populations move poleward but many disappear again if the temperatures drop again. These patterns however may be a warning of how communities will change if warming in these regions continues. 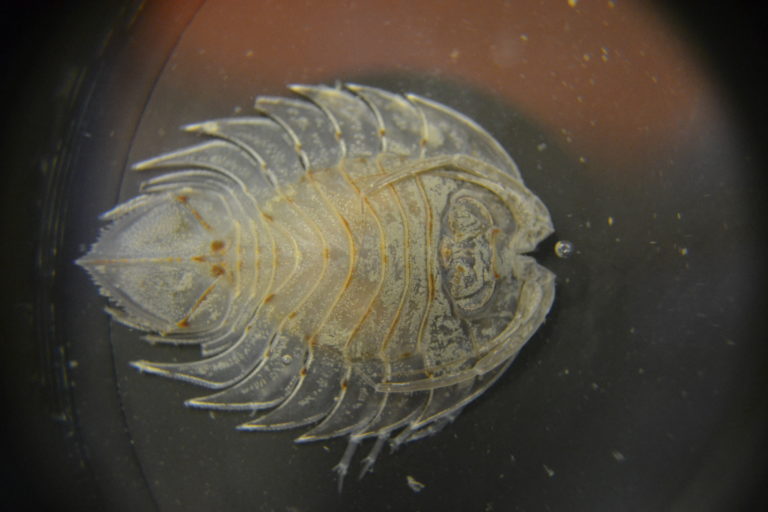 Prehistoric looking Serolid isopod, most are found only in found in the Southern Ocean. © University of Southampton 2019.

Life in the Antarctic

As we see in the previous step, the Antarctic seafloor is much more isolated because of the Antarctic Circumpolar Current which acts as a barrier for animals to cross. Much of the Antarctic seafloor is also much deeper, a consequence of millennia of carving from giant ice sheets which once protruded to the edge of the deep sea. There is also a higher chance of disturbance from huge icebergs the size of cities which can scour the seafloor at great depths, and destroy communities living in their path.

The animals we see at the Antarctic seafloor often resemble deep sea communities, and there is a high abundance of soft bodied organisms, starfish, small shrimp, krill, sponges and brittle stars to name but a few. The biology of these animals is also highly adapted with long lived and slow growing species. Many Antarctic invertebrates have larger eggs than expected, and this extra energy for their offspring increases their chance of survival.

Finding a home in the Antarctic can be tricky, especially if you cannot move around freely. Some of these species have adapted by taking up residence on the spines of sea urchins which allows them to get around. The urchins gather to spawn annually and their hitch hikers probably use this as an opportunity to find a mate or a new urchin to take hold of. 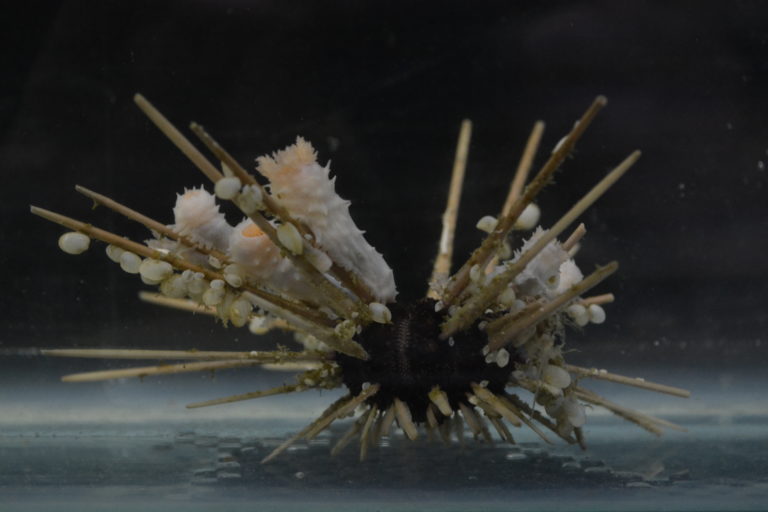 This Antarctic urchin has long spines which have become home to an entire population of small bivalve clams Lissarca notorcadensis, and several sea cucumbers. Over 1000 clams can live on each urchin! © University of Southampton 2019.

There is a striking absence of duraphagous (shell crushing) predators around the Antarctic, such as crabs, sharks, and rays. This is simply because it is too cold in the Southern Ocean. Crabs are particularly vulnerable to the cold as magnesium from seawater builds up in their blood and they are unable to remove it when the temperature is too low. When magnesium builds up in their blood it acts like an anaesthetic and eventually kills them. A possible threat to a warming Antarctic seafloor is an invasion of predatory crabs, a threat that some scientists think we are at the brink of in some regions. 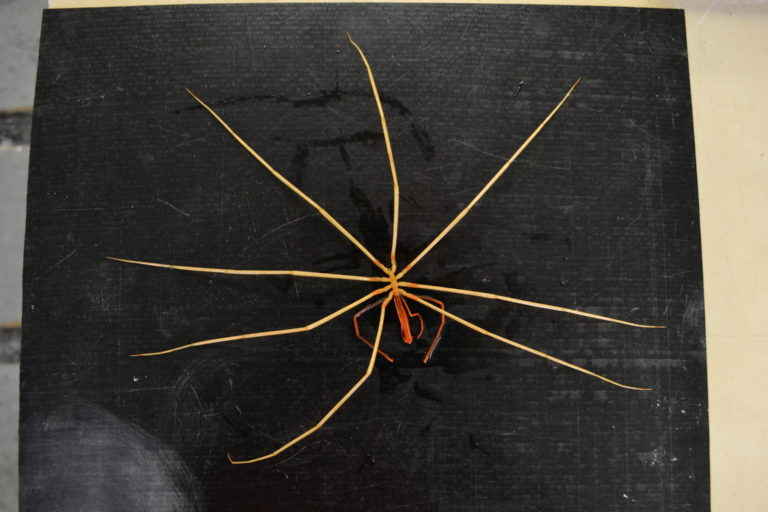 Giant Sea Spider. Not actually a spider but strongly resembling one, these pycnogonids reach giant sizes in the cold Antarctic and are very commonly captured by scientists. This specimen had a leg span over 30 cm. © University of Southampton 2019.

With no indigenous populations and protection from the international Antarctic Treaty, most of these seafloor communities are protected from fishing and are only ever explored by scientists. Scientists are still discovering what lives at the polar seafloor, and are beginning to understand what the consequences of increasing temperature and carbon dioxide will be on these adapted communities.

Which polar environment (Arctic or Antarctic) would you like to know more about and why? Share your thoughts in the comments below