Why does the advice keep changing?

In this article Jutta Roosen explains the reasons behind the conflicting messages by considering the scientific, media and reading processes.

If you believe the headlines, then scientific advice keeps changing. Why is this?

In this introductory article we’ll look at the reasons behind the conflicting and changing messages by examining the three processes at play: the scientific process, the media process and the reading process. 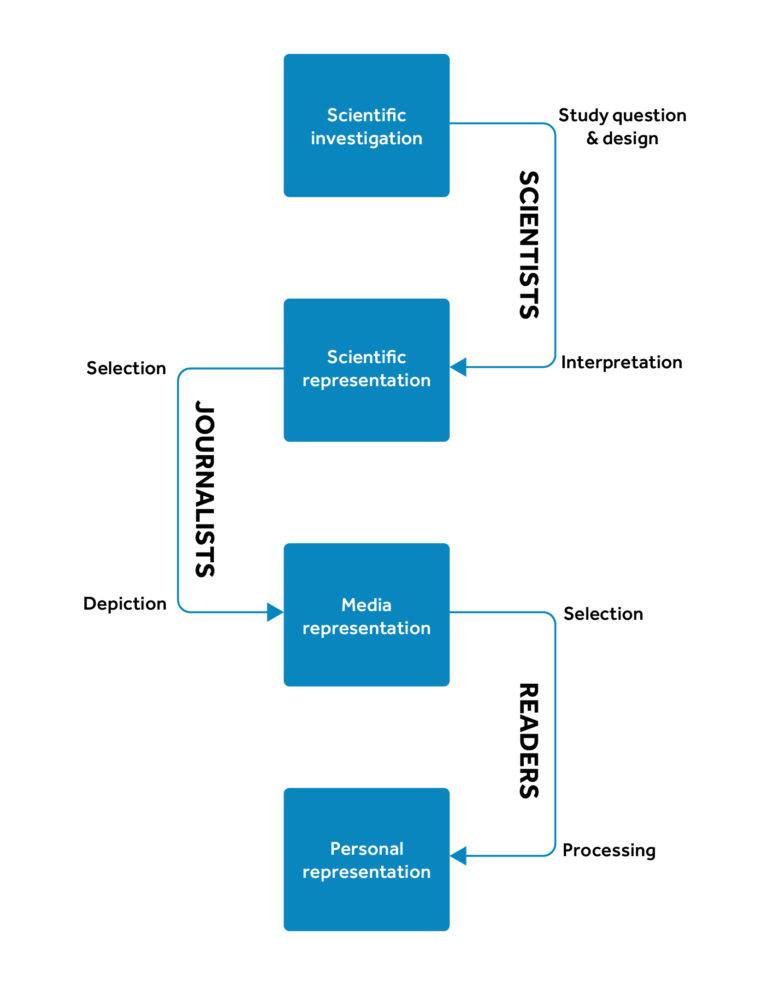 In contrast to what’s commonly believed, science is not a collection of facts. Science is better understood as a process of validating and refuting knowledge. There are many different types of scientific studies and these contribute, with varying degrees of evidence, to the current stock of knowledge.

One of the most important concepts in the scientific process is based on Karl Popper’s idea that knowledge cannot be verified but only be falsified. What does this mean? Let’s use the famous example of black and white swans. A statement like ‘all swans are white’ can’t be verified because it would require us to observe all the swans in the world, which is practically impossible. However, the statement can be falsified by observing a single black swan.

This falsifiability has important implications for the way we see and interpret science. Scientific knowledge is very often advanced by examining uncertainties and excluding certain explanations in order to uncover a single explanation about a relationship between, for example, diet and health.

Scientists are used to dealing with different types of uncertainty and the varying degrees of evidence in individual studies. An observed effect may be real or just occur by chance. In the scientific publication process a peer-review assesses whether the study has been done and reported correctly. This involves other scientists in the same field looking carefully at the study, checking the procedures and giving their views on the plausibility and correctness of the results. They also critically review the limitations of the study: for instance, the people studied were all white men between 25 and 50 years of age. This wouldn’t make the study invalid, but the limitation must be mentioned and conclusions drawn accordingly.

The limitation of one study may give a scientist an idea for a new study. This iterative process of validating and refuting is the way in which the current understanding in a field of science, such as nutrition, emerges.

It’s also important to understand that science too has its trends and fads. These often emerge because new results put things into a new light and existing theories are re-analysed in this new perspective. And new methods may become available. When the analysis of large gene sequences became possible, it influenced the way that questions were asked and studies were designed across many fields of science.

This constant struggle with incomplete knowledge, that is so characteristic of the scientific process, is very different from the way its results are communicated to the public.

The media is vital for reporting new scientific results to the general public. However, media works under different conditions to science. Media operates in a fast turnaround environment, constantly looking for things to report that are newsworthy and summarising them for the general reader. A daily newspaper has to produce many headlines every day and there is little time to talk to different scientists to get a balanced view.

And headlines follow their own logic. They should grab the reader’s attention, demonstrate the relevance of the story and underline the newsworthiness of the article, all in a few words. So headlines often simplify things into one clear message, highlight a single number, and present the message as surprising or new.

We’ll look at further aspects of the journalist’s agenda later this week.

The third process at play is often missed when analysing the effectiveness of communication. It’s the process of reading itself and the way we interpret what we read. Every reader of headlines is subject to their own processes. We focus our attention differently depending on our own interests, what’s going on around us and our personal histories and beliefs. Due to limited time and energy, we skim headlines and draw conclusions intuitively. We don’t read everything and sometimes give little attention to details, even when they’re reported.

We’ll look at the psychology of how we ourselves influence our understanding of what we read next week.

Can you think of an example of a news story you’ve read recently, where the advice seems to have changed or where different sources present conflicting information? Please share your examples with other learners in the comments section below and, where possible, include the sources of the articles you’ve read.