Find out more
Home / Healthcare & Medicine / Nutrition / Food for Thought: The Relationship Between Food, Gut and Brain / The brain as a steering centre of the body

The brain as a steering centre of the body

In this article, we describe some communication pathways that link the brain with the rest of our organs. 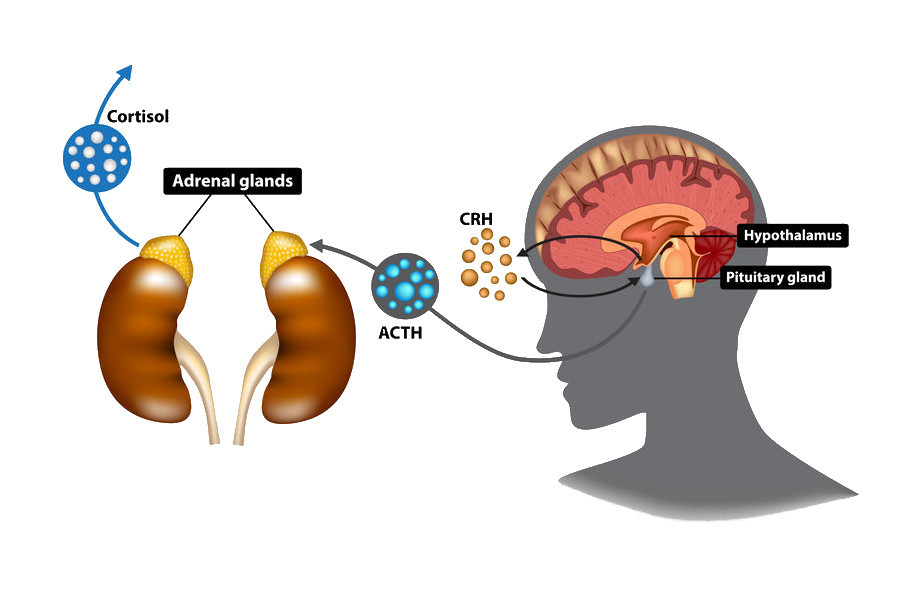 The brain constantly communicates with the rest of the body

It receives input from the sensory organs: our tongue, eyes, skin, ears, nose, and through receptors that monitor the internal state of the body. It also sends outputs to organs and tissues, such as the muscles.

Many of these communication pathways are bioelectrical in nature: neurons receive, process and transmit information. This information usually travels through axons in the form of electrical pulses, like we said in the first video of this activity.

There are, however, other signalling mechanisms between the brain and the rest of the body – a group of these is known as the hypothalamic-pituitary (HP) axes.

What are the HP axes?

The hypothalamic-pituitary axes are systems composed of different components, working together in a system regulated by feedback and feedforward mechanisms.

As an example, we’ll describe the last one: the hypothalamus produces a hormone, called thyrotropin-releasing hormone (TRH), that reaches the pituitary gland. The latter, in turn, produces another hormone, the thyroid stimulating hormone, or TSH, whose goal is to stimulate the thyroid activity and its production of thyroid hormones, T3 and T4, that affect all the body.

Of course, if the hypothalamus did not have a way to ‘check’ the amount of thyroid hormones in the blood, it could not regulate their amount. Indeed, the thyroid hormones inhibit the production of TRH and TSH. This feedback system is meant to keep the hormonal level stable around the level that has been ‘set’ in that moment.

What do the hypothalamic-pituitary axes do?

Interaction among glands, hormones, and parts of the brain is mediated on the level of specific axes, for example:

-The hypothalamus–pituitary–gonadal axis (HPG axis) controls development, aging, and reproduction by regulating the uterine and ovarian cycles in animals.

-The hypothalamus–pituitary–adrenal axis (HPA axis) is in charge of reactions to stress and regulates many body processes, including digestion, the immune system, mood and emotions, sexuality, and energy storage and expenditure.

-The hypothalamus–pituitary–thyroid axis (HPT axis) is responsible for the regulation of metabolism.

What about the gut-brain axis?

The gut brain axis is similar in concept to the examples we have discussed above: it refers to the biochemical signalling between the brain and other organs. It is not just a neuroendocrine axis: it comprises the HPA axis and other areas of the brain, the autonomic nervous system, the immune system, the vagus nerve; the gut and the bacteria living in our gut (our gut microbiota).

It is therefore an extremely complex system, that carries information that can be very different in nature. The brain can influence motility, secretion of gut hormones and microbial balance. It can also give the signal to start the digestion even before we eat a single bite of food, instructing the stomach to start producing gastric juices.

On the other hand, the direction of the communication is not one-directional: for instance, the gut bacteria produce various chemicals (such as neurotransmitters and short chain fatty acids) that may affect brain function and modulate mood and behaviour. The gut itself can modulate brain processes – for instance by producing hormones, such as ghrelin, leptin and peptide YY, that can increase or diminish our appetite and food intake.

We will discuss the gut-brain axis, and especially the role that the microbiota plays in it, in the last week of our course.