This article summarizes projections of climate change impacts on Asia’s food systems, with an emphasis on Southeast Asia. 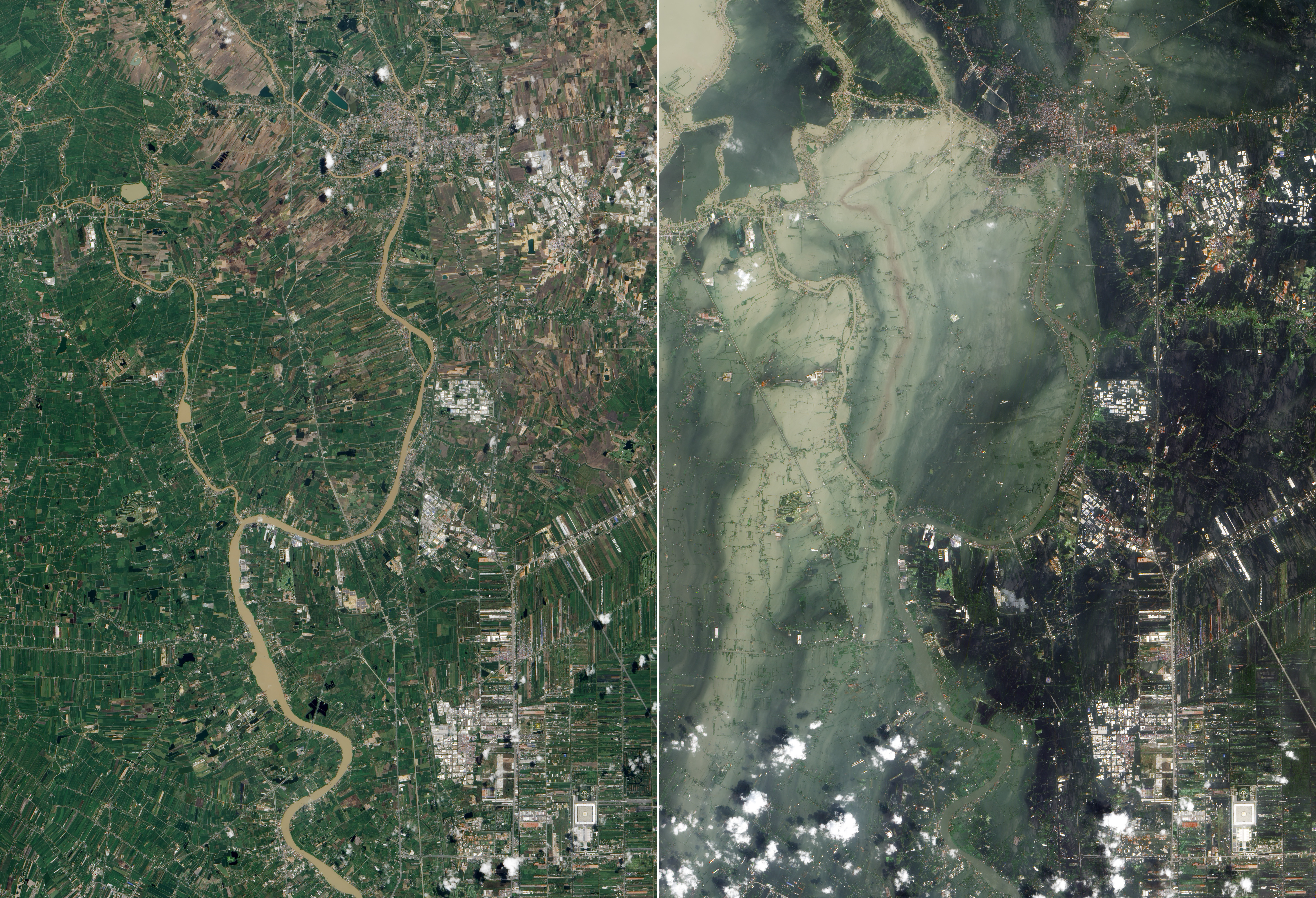 As we heard at the start of this week, climate change is today having an impact on Southeast Asia. Here we take a closer look at projections of climate change impacts on the region’s food systems, and consider some potential adaptation strategies for the agriculture, aquaculture and fisheries sectors.

Climate change is expected to negatively affect food production in most, but not all, parts of Asia, but impacts will vary significantly by crop and region. Extreme weather events, such as heat waves, droughts and extreme rains that lead to floods, are also expected to negatively affect crop production. Overall, climate change will impact food security in some areas, particularly in South Asia. Rice is a key staple crop in Asia, and 90% or more of the world’s rice is produced there. An Asia-wide study comparing multiple climate models found climate change would reduce rice yields over a large portion of the continent. The most vulnerable regions are western Japan, eastern China, the southern part of the Indochina peninsula, and the northern part of South Asia. Heat accelerates the development of rice, shortens the growth period, and thus reduces yields. Studies have found several parts of Asia where current temperatures are already near critical levels for heat stress at key stages of rice growth. These include Pakistan/North India (October), South India (April/August), East India/Bangladesh (March–June), Myanmar/Thailand/Laos/Cambodia (March-June), Vietnam (April/August), Philippines (April/June), Indonesia (August), and China (July/August). Some studies suggest that higher atmospheric CO2 levels could enhance photosynthesis – a process called “CO2 fertilization” – and boost rice yields. However, crop simulation models may overstate those benefits. Still, there is uncertainty about the net effect of warming and CO2 fertilization together, with regard to rice as well as other key crops, such as wheat, sorghum, barley and maize. Sea-level rise, meanwhile, is projected to reduce the total area available for food production in Asia. In particular, it threatens coastal and delta rice production areas in Asia, including in Bangladesh and the Mekong River Delta. About 7% of Vietnam’s agricultural land might be submerged if the sea level rises by 1 metre. In Myanmar, saltwater intrusion due to sea level rise could also decrease rice yields. A diverse mix of adaptation strategies could offset some of the potentially negative impacts. In general, they include crop breeding, changing crop varieties, diversifying crops, adjusting planting time, and managing water better, as well as reviving many traditional practices. Farmers in Southeast Asia, for example, have adapted to climate risks for generations. There is also growing knowledge of crop-specific and country-specific adaptation options. Crop breeding for high temperature conditions is a promising option.

View Course
Asia dominates both capture fisheries and aquaculture. More than half of the global marine fish catch in 2008 was in the West Pacific and Indian Ocean, and the lower Mekong River basin supports the largest freshwater capture fishery in the world. Fish production is also a vital component of regional livelihoods, with 85.5% of the world’s fishers (28 million) and fish farmers (10 million) in Asia in 2008. Many more people fish part-time. Inland fisheries face a wide range of threats, including overfishing, habitat loss, reduced water levels, drainage of wetlands, pollution, and dam construction, making the impacts of climate change hard to detect. Rising water temperatures and changing flows are of particular concern, as they could affect the reproduction of many fish species. Sea-level rise is expected to affect both capture fisheries and aquaculture in river deltas. Fisheries will also be affected by shifts in species’ range due to warming water. One analysis found climate change may lead to a massive redistribution of fisheries catch potential, with large increases in high-latitude regions, including Asian Russia, and large declines in the tropics, particularly Indonesia. Other studies have made generally similar predictions, with climate change impacts on marine productivity expected to be large and negative in the tropics, due partly to the vulnerability of coral reefs to both warming and ocean acidification.

Image Source: “Flooding in Ayutthaya and Pathum Thani Provinces of Thailand in October 2011 (right), compared to before the flooding in July 2011 (left)” by NASA / Public Domain