This article describes how Indonesia’s food system has transformed rapidly in recent years, thanks to growth of the country’s urban middle class. 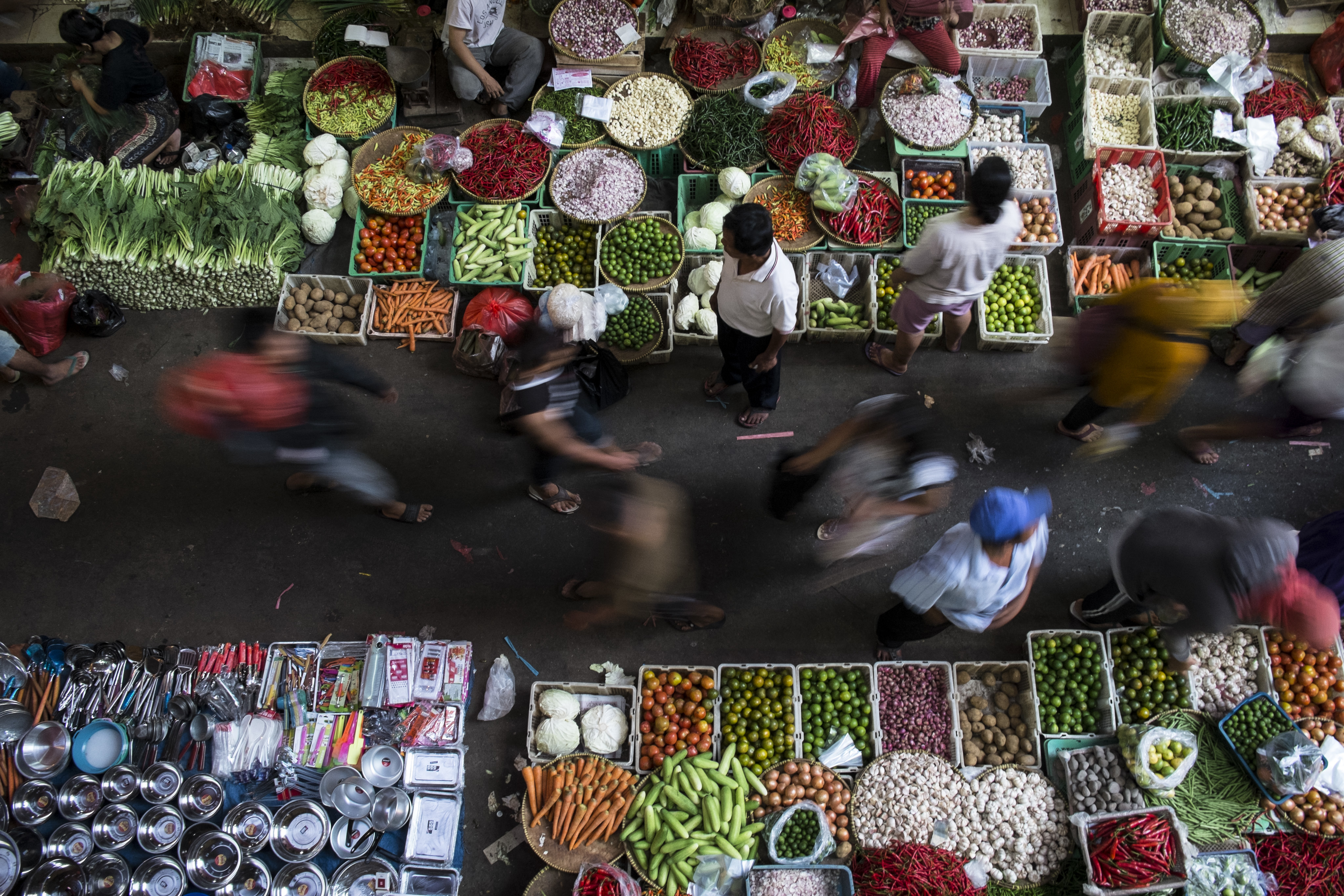 Now that we have introduced the notion of transformations in Southeast Asia, here we take a closer look at the example of Indonesia and the rapid changes taking place in the food system there. We will see how Indonesia’s food system revolution is characterised by a combination of the changing tastes of the urban middle class, the rise of super- and hypermarkets, and rapid national economic growth. Indonesia’s recent rapid and sustained economic growth – 4.5–6% per year since the early 2000s, after the Asian financial crisis – has changed consumer demands, including for food. The food retail and distribution structure has evolved over the last ten years in parallel with consumer tastes. Indonesia’s middle class expanded from 37% of the population in 2004 to 56.7% in 2013, and the country could add another 100 million middle-class consumers by 2030. Consumer spending is expected to grow by 53% between 2013 and 2020. In 2014, households spent 26.8% of their incomes on food items. These consumers are demanding convenient and healthy food options, and more choices for eating out, while also preferring fresh products. Indonesians spent US$130.2 billion on food and beverages in 2010, up from US$66.8 billion in 2005. Major changes to Indonesia’s retail food sector started in 1999, when a presidential decree allowed French retailer Carrefour to expand retail operations in Jakarta. More Western grocery stores followed, including supermarkets and hypermarkets. Convenience stores have grown in popularity since the first 7-Eleven opened in 2009. This is contributing to a change in shopping habits. Indonesians typically purchase groceries fresh every day from traditional retailers, which control around 80% of the grocery market. A 2010 Nielsen Shopper trends survey showed that buyers purchased 53% of fresh vegetables, 70% of fresh meat and 67% of fresh fish at traditional retailers. However, more and more consumers are buying groceries on a weekly basis from Western-style stores, primarily in urban areas. One way supermarkets and hypermarkets are differentiating themselves from traditional retailers is by marketing high-quality fresh produce, much of it imported. These stores also typically contain bakeries, cafés and restaurants, and offer packaged and frozen foods, ready-to-eat-meals, and prepared sauces and dressings.

View Course
While 65% of Indonesian consumers prefer to shop at traditional markets alone, 79% go to supermarkets and hypermarkets with their families. Indonesia’s growing shopping mall culture encourages this, as supermarkets and hypermarkets often are anchor tenants in malls. Indonesians generally prefer to eat at home for dinner, but will eat lunch out at street stalls or full-service restaurants. Eating out is on the rise. The typical Indonesian diet consists of rice, vegetables, fish and seafood. However, exposure to Western culture and cuisine is causing Indonesians to buy more dairy products, meat and eggs. Sales of pork are relatively low due to a large Muslim population. Indonesia’s growth and changing tastes have induced local and multinational companies to increase capacities of food processing and distribution in the country, including dairy, bread and flour companies. Wholesalers and hypermarkets buy food from domestic suppliers, or directly from manufacturers and importers. Government regulations bar retailers from purchasing imported horticultural products directly from importers, limiting product availability and increasing prices. The agriculture sector employs 33.9% of the work force, accounting for an estimated 15% of GDP. Small-scale farms mainly produce rice, fruit, and vegetables, while estates grow crops for export. Limited access to training, technology and credit for farmers, combined with supply-chain challenges and logistical barriers are limiting increases in production and adding to food costs.

We have heard about the growing supermarketization process in the region, and some of the impacts processed food-based diets are having. Tell us, what other impacts and effects will supermarketization have on, for example, culture, households, the economy, or the environment?

Hi there! We hope you're enjoying our article: Indonesia’s food system revolution
This article is part of our course: Food and Our Future: Sustainable Food Systems in Southeast Asia