What is a Tuckerman diagram?

Bryant Tuckerman, a prominent mathematician, designed a graph to explain what happens when you flex a flexagon 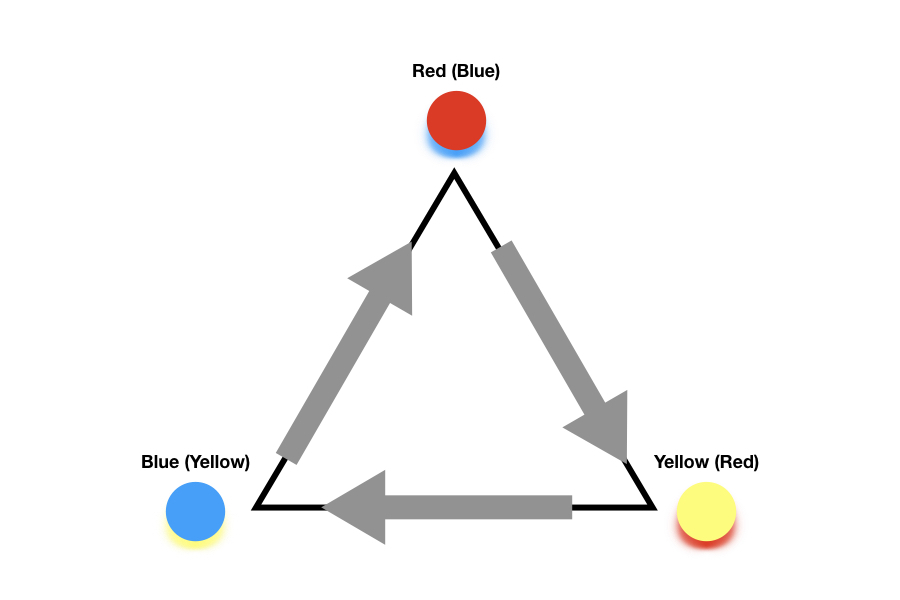 Mathematicians aim to give a precise description of the objects that they are studying so that people can understand what they are doing. Bryant Tuckerman, a prominent mathematician, designed a graph to explain what happens when you flex a flexagon.

These diagrams became known as Tuckerman diagrams. Interestingly, they later served as an inspiration for the Nobel physicist Richard Feynman’s own diagrams in particle physics.

These colours are sometimes written using words with the face-down colour written in brackets after the main, face-up colour. Arrows between two states represent the flexes.

Different types of flexes, such as ‘pinch flex’ or ‘book flex’ can be depicted using words along each arrow or, by using different styles of lines for different flexes. It is customary that the absence of a label means pinch flexing.

The series of flexes that traverses a Tuckerman diagram completely by using the minimum number of flexes is called the Tuckerman traverse.

It is possible to make Tuckerman diagrams that are much more complex. What you loose in complexity you gain in detail. The Tuckerman diagram for a flexagon where initially each leaf has a non-symmetrical marking scheme will be much more detailed, as it will have to show us the different orientations of the leaves within each face.