How to Label Flexagons

In this article, Yossi Elran explains how Les Pook describes flexagons and what goes into labelling them 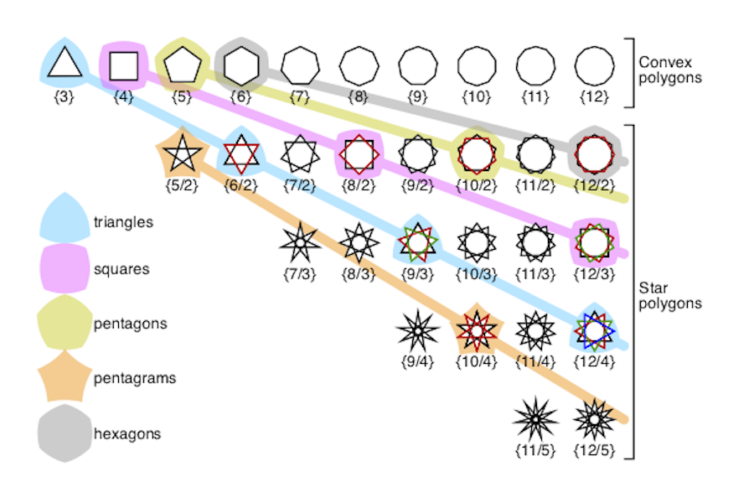 We can label flexagons using Les Pook’s flexagon symbols. These symbols are great because they identify flexagons at a glance and contain important information about their structure and dynamics. We need one more ingredient though before we get to the flexagon symbol – the Schläfli symbol.

Ludwig Schläfli was a 19th century Swiss mathematician who specialised in geometry, especially known for his influential work on geometry in high dimensions. Schläfli developed a symbol, the Schläfli symbol, for polygons, polyhedra and polytopes in higher dimensions.

The third component is what’s called the flexagon net symbol. It is the Schläfli symbol of a polygon that describes the dynamics of the flexagon – corresponding to the flexagon’s state diagram and flexes between states. This polygon is known as the associated polygon, not to be confused with the constituent polygon – the basic shape of the individual leaves. Here is how to find all the possible associated polygons of a given constituent polygon:

Creating flexagon templates once you know the associated polygons is easy.

To create a template for a first order fundamental flexagon, you need to: 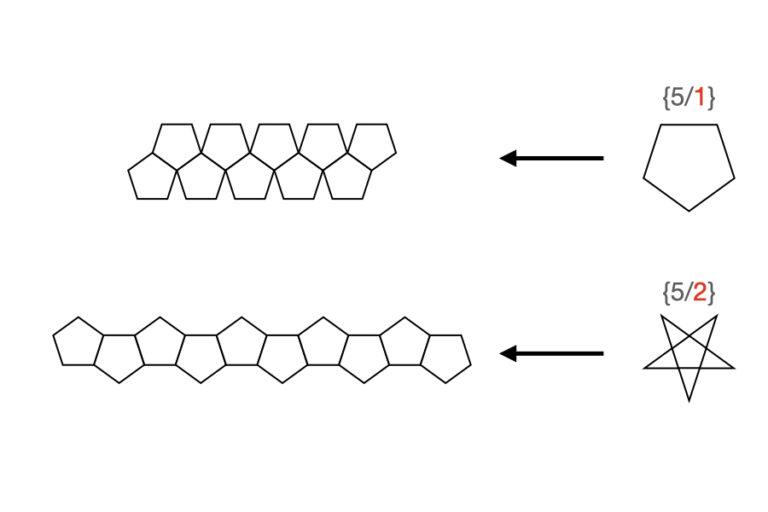 For second order fundamental templates the same routine is performed, except that this time the template will be “wavy” because you need to make sure that the signs on pairs of hinge angles alternate.

Interestingly, if you inscribe the associated polygon within its corresponding constituent polygon, you get a flexagon diagram or map resembling Tuckerman diagrams – i.e. they describe the main flex cycles between states.