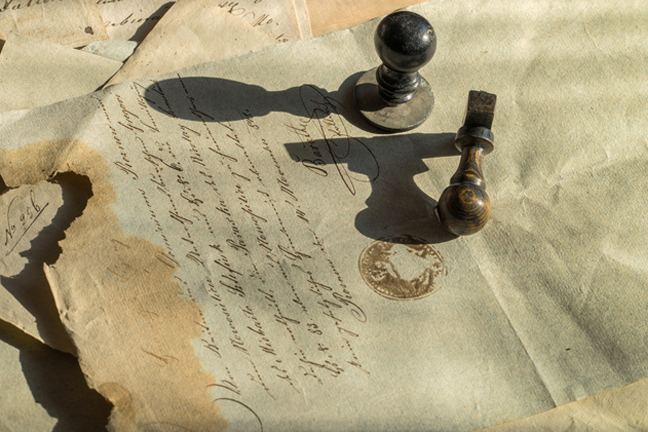 Genealogists use different types of sources to find the information needed to build their family trees; these are primary, derived primary and secondary sources.

A primary source is a document or physical object which was written or created during or close to the event or time period in question. These can also be original, first-hand accounts of an event or time period. Primary sources are typically deemed to be the most reliable for providing quality information however; they can contain errors so any information should be corroborated.

A derived primary source is a source based in a primary source but with a level of intermediation; for example, a transcription of a census record, an abstract of a will or an obituary. There is a good deal of discussion in the genealogical world over what exactly constitutes a derived primary source. However, the main thing to realise is that any time someone copies information from one source to create another source (as in a transcription of a birth certificate) there is the chance that mistakes will be made. With the best will in the world wrong information can be copied and unless you can check the original document, there is no way to be totally assured that the transcriber has not made a mistake.

Examples of primary and derived primary sources include:

Examples of secondary sources include:

Genealogical research conclusions are also a type of secondary source, and here we mean specifically the conclusions that we as researchers have drawn based on the examination of primary sources. These conclusions will concern the identification of individuals and linking them together into family groups, biographical notes on individuals, or full family histories which will be dependent on primary and secondary sources.