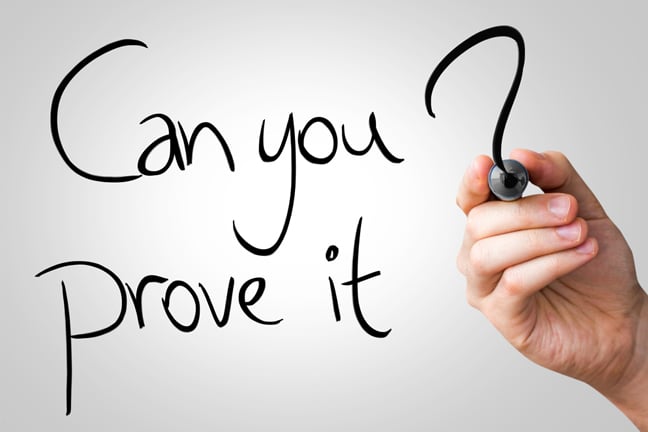 It is a sad fact of family history research that there are usually no absolute truths when establishing family relationships (though DNA testing comes close) or discovering what happened to an ancestor.

Genealogists have to come to terms with the notion of ‘probability’, i.e. that usually you can only be say 90-95% certain that someone is your ggggrandfather due to inaccuracies in the records, common surnames giving a number of possible matches , possible illegitimacy and so on.

At some point, we all have to accept the most probable answer and move on; that means we have to come to terms with a level of uncertainty that many people are uncomfortable with. However, to get to the point of accepting the most probable answer to a research question, there needs to be a preponderance of evidence supporting that answer. One of the best ways to establish that you have established proof and reached this level of evidence is to use the Genealogical Proof Standard (GPS) which was touched on in the previous video.

The history of the Genealogical Proof Standard

In the 1960s The American Society of Genealogists published the book Genealogical research: methods and sources which supported the concept that a preponderance of evidence requires that ‘the greater weight of the evidence supports your conclusion’. The British Society of Genealogists also has a list of principles essential in the conduct of genealogical research which includes statements such as ‘evidence becoming proof through a reasoned and logical analysis’ and ‘argument capable of convincing others that the conclusion is valid’. The Board for Certification of Genealogists then codified the various standards of proof into the Genealogical Proof Standard.

As we saw in the previous video, there are a number of interdependent points to the Standard. These are that:

Now some of these points are more difficult to get your head around than others so we’ll explore a couple more deeply here.

Research has been reasonably exhaustive

This does not mean you have to access and explore every possible genealogical record that might be of use in answering your question. This would be pretty impossible given the vast number of sources available. Thomas W. Jones in his book Mastering Genealogical Proof offers the following six criteria to assure you that your research has been ‘reasonably exhaustive’:

A reasoned conclusion has been created

To fully establish proof you must communicate it by writing up your conclusions. In its most simple format, writing up could consist of a sentence within a genealogical report, chart or family story. In situations where you have difficult conflicting evidence to resolve, you will need to create a more extensive argument which fully explains the rationale behind your proof and outcomes.

There are three options for presenting a conclusion and which one you choose will depend on the complexity of the question and answer.

In all cases you must provide references for the data used.

Thomas W. Jones’ excellent guide to the GPS is titled Mastering Genealogical Proof published in 2013 by the National Genealogical Society (USA). There is a paperback and an ebook version available.