Viral transmission is the process through which viruses spread between hosts and includes the spread to members of the same host species or to different species.

Transmissibility is how easily a disease-causing pathogen can spread from an infected person to a susceptible person. It is determined by the infectivity of the pathogen, the susceptibility of the exposed individual, the contagiousness of the infected individual, the amount of contact between these two and other environmental factors such as air movement during the transmission event. To estimate transmissibility in the population, mathematical models are used with the aid of surveillance data. The basic reproduction number (R0) or secondary attack rate (SAR) is used as a measure of transmissibility. These concepts are explained further in step 1.13. 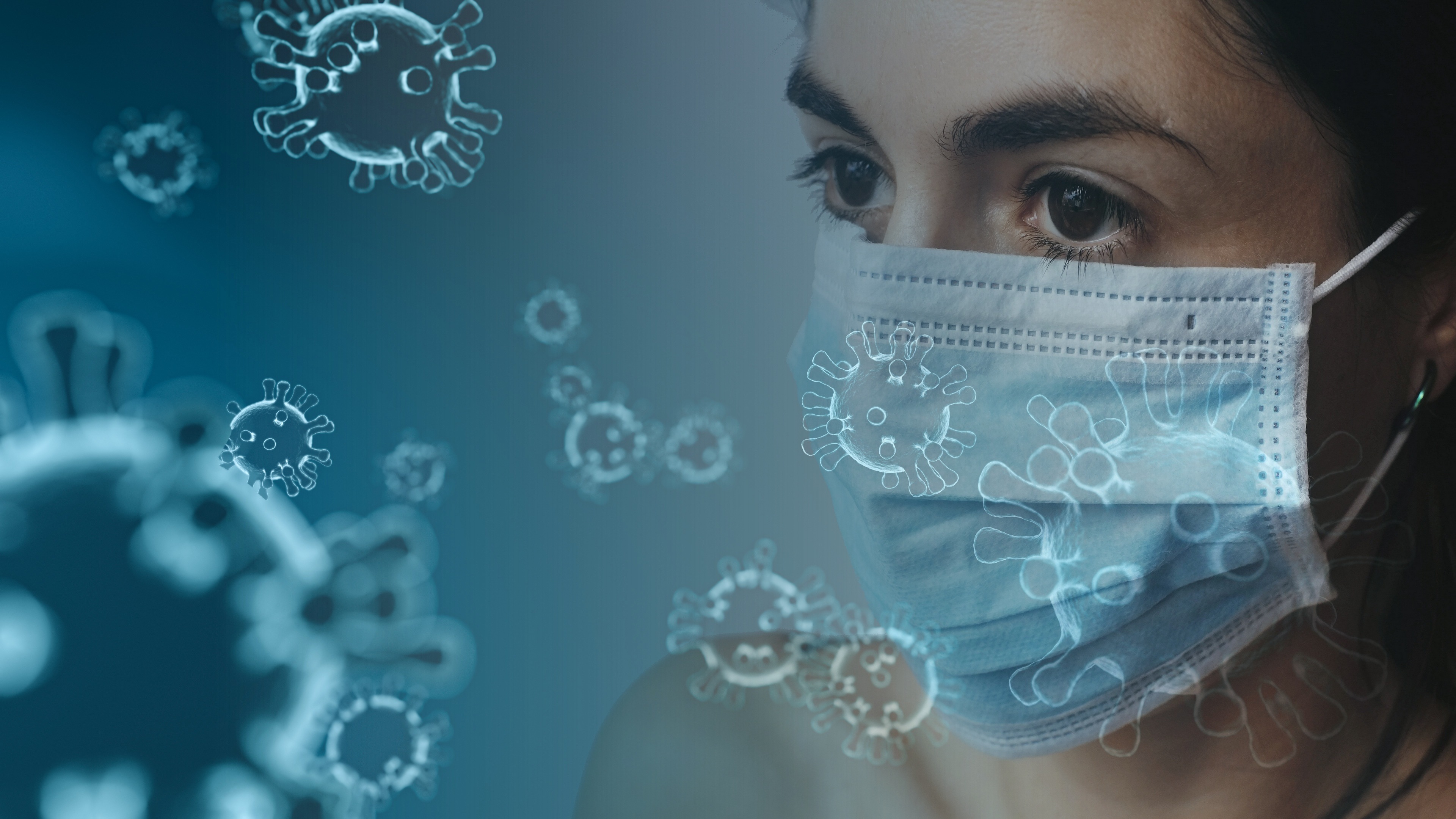 Respiratory viruses are transmitted through the release of a viral particle from the respiratory tract of an infected person and transferred to the respiratory tract of a susceptible one. There are different modes through which this can happen. All of them can be modified by the environment and many modes are generally involved during transmission including direct and indirect contact (fomites – any object or surface that can facilitate transmission), droplets and aerosols. Early studies of pulmonary tuberculosis calculated that particles of less than 5 μm would deposit in the lungs, whereas larger ones (over 5 μm) would only reach the nasal cavity. More recently, it has been suggested that particles between 30-100 μm can produce aerosols, which are a suspension of solid and liquid particles in the air. By contrast, droplets are larger liquid particles that cannot remain suspended and fall to the ground in a shorter time and over a shorter distance. The surrounding and exhaled air also have an effect on the propulsion of particles (composition, humidity, airflow, temperature) thus allowing “larger” particles to travel further than would be expected based on their size only (Figure 1).

Due to its ability to replicate in the upper gastro-intestinal tract, SARS-CoV-2, like some other beta-coronaviruses, also has been shown to transmit via a faecal-oral route. 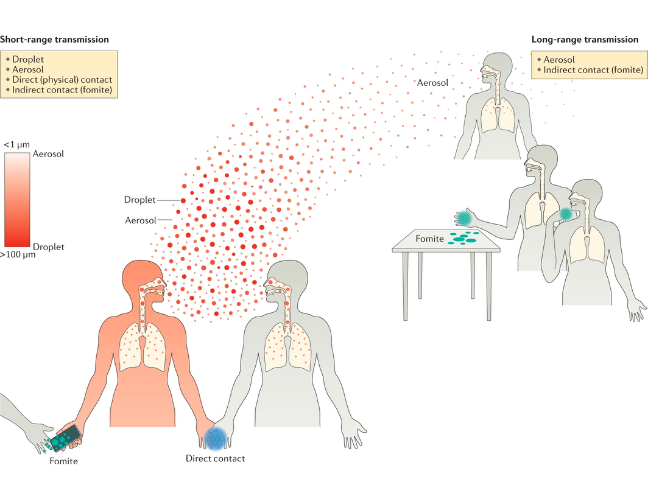 Viral, host and environmental factors determine the success of a transmission event. The structure of a virus (i.e. envelope vs non–enveloped, RNA vs DNA genome) will determine how stable it is in the environment. Viral proteins (such as the spike protein in SARS-CoV-2) determine the affinity of the virus for host cellular receptors. The environment can facilitate transmission by allowing the survival of the virus on fomites or suspended as aerosols, or it can affect the behaviour of the host. Factors that can affect survival include temperature, salinity, pH, humidity, the material of contaminated objects or surfaces and ventilation. Host determinants in both the transmitter and the recipient of the virus are important: pre-existing immunity due to vaccination or natural immunity can modulate the propensity to transmit or to acquire a viral infection. Another key factor in the current pandemic is the impact of asymptomatic carriage, whereby individuals can carry and transmit the virus with no obvious symptoms.

Have you heard of other respiratory infections that can spread through the same ways as SARS-CoV-2? Let’s talk about it in the comments.