Tracking and reacting to outbreaks with genomic knowledge

Watch Dr Tapfumanei Mashe explain how genomics was used to track and respond to cholera outbreaks in Zimbabwe.

Cholera is caused by bacteria, specifically the species: Vibrio cholerae, however many of the approaches used in surveillance are similar to those used for viruses.

Bacteria are able to carry DNA external to their genomes in transmissible elements called “plasmids”.

Tapfumanei explains that resistance genes carried on plasmids can give Vibrio cholerae the ability to resist certain treatments (Figure 1). 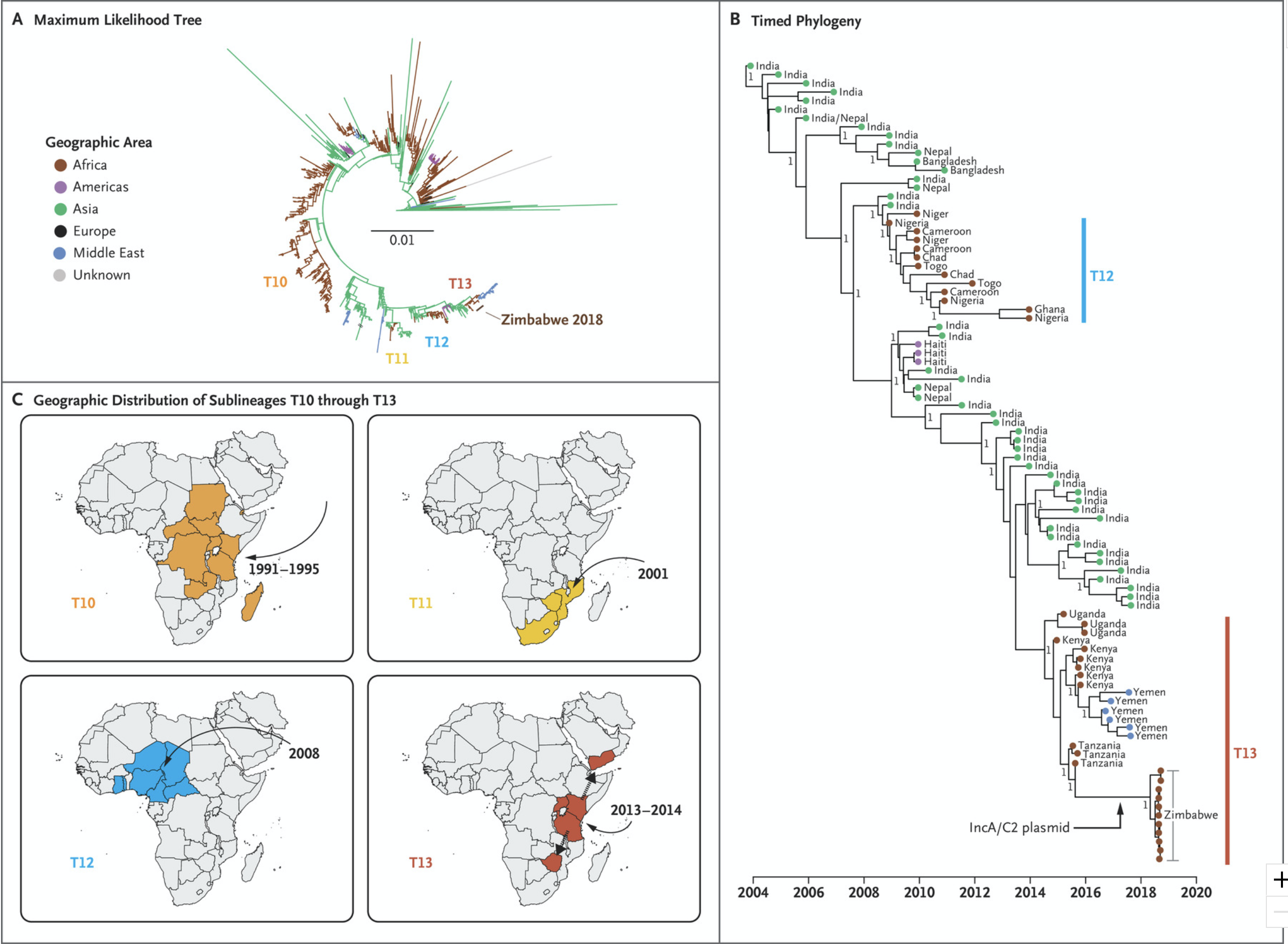 Figure 1 – Phylogenetic Relatedness of the Vibrio cholerae O1 El Tor Isolates from the 2018–2019 Outbreak in Zimbabwe. You are not expected to understand or replicate the full image but this figure gives an idea of the relatedness of different Cholera outbreaks determined by genomic testing. Read the full paper on the link above for further details. Source: NEJM

By sequencing samples from Typhoid cases, researchers could show where resistance was spreading, and health teams were able to respond by increasing vaccination in those areas.