The Great Influenza Pandemic of 1918

What about the last major pandemic that came before - the 1918 Influenza pandemic.
View transcript
5.4
The 1918 pandemic, also known as the Spanish flu, proved deadly for many and is thought to have infected about a third of the world’s population at the time. But back in 1918, scientists were only just beginning to understand the concept of genetic material. They weren’t as equipped to understand the virus they were battling. Now, we know that all organisms, including viruses, store information about themselves in their genetic code. We also know that understanding this code can give us vital clues about the virus.

Whilst the current situation we are facing during this pandemic may feel unprecedented, it is important to remember that the World has faced a number of previous outbreaks of different viruses. One of the most notable previous pandemics was that of the 1918 Great Influenza outbreak, estimated to have killed more than 20 million people.

Despite being over 100 years ago, many of the responses to influenza in 1918 can be recognised in how governments have reacted during the current pandemic. It was recognised early that transmission was through the air and the British Medical Journal in October 1918 reported that health officials believed the best measures for prevention were good ventilation, fresh air and the avoidance of crowded meetings. Responses varied internationally, with the United States taking measures to restrict non-essential meetings; bars and cinemas were closed and public funerals stopped. Some countries closed schools whilst others heavily resisted this. Influenza wards were created, sick people in the community were quarantined and mask-wearing was encouraged (though the effectiveness of this was hotly debated in different settings). 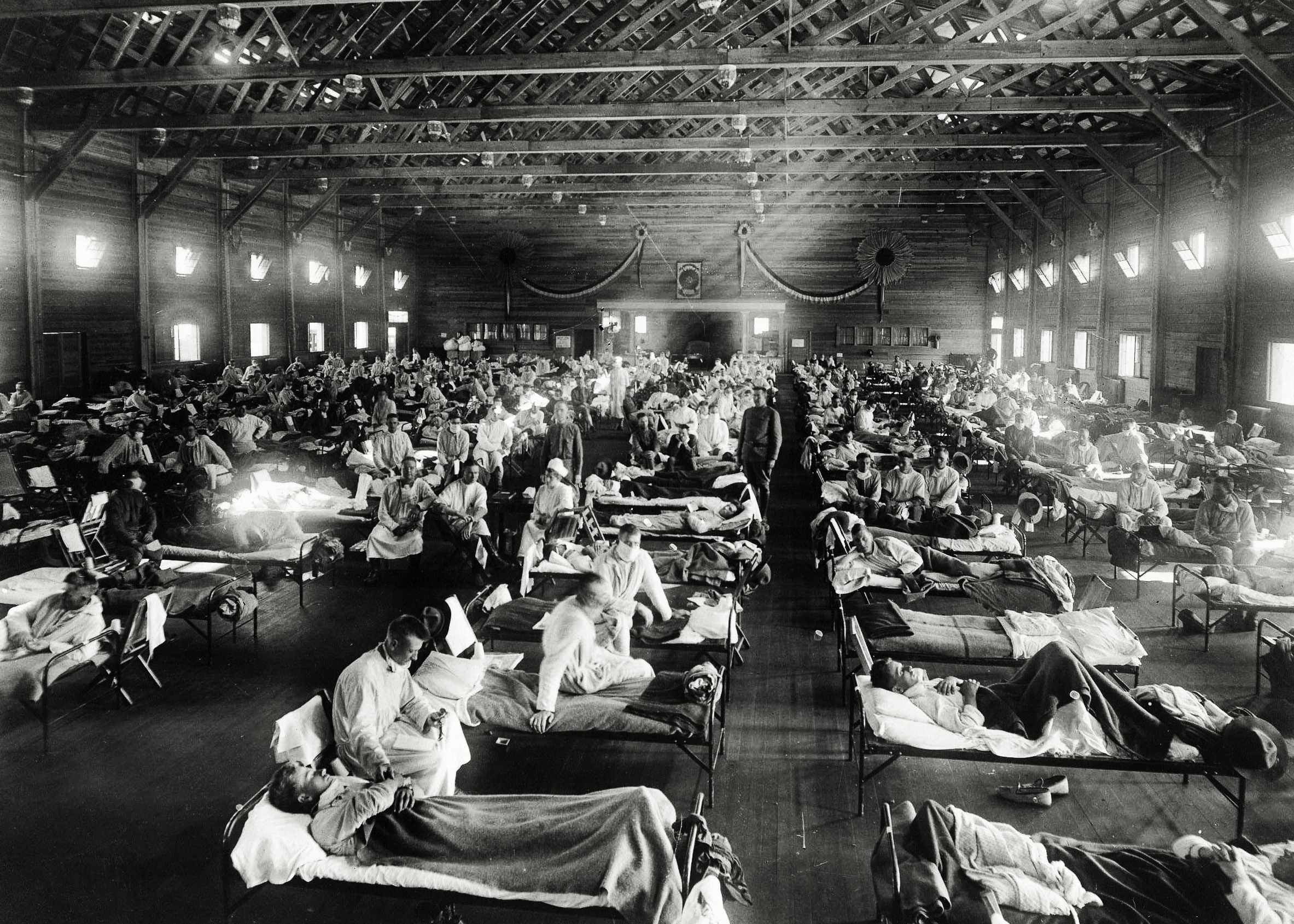 So what is different now? Crucially, in 1918, the pathogen causing the outbreak was not characterised at the time. It was initially believed to be of bacterial origin, in keeping with the prevailing thought that Bacillus influenzae (now known as Haemophilus influenzae) was the causative agent of influenza. This assumption was challenged during the 1918 pandemic. Whilst many groups advocated for the use of vaccines and trials in susceptible individuals, the Journal of the American Medical Association in December 1918 published a conclusion from the American Public health Association that because of the unknown cause of the influenza, an effective vaccine had no scientific basis. In the current pandemic, the causative virus was identified quickly using a PCR screen for 22 known pathogens and an unbiased sequencing approach to detect novel agents, allowing the development of both diagnostic tests and rapid vaccine development. This was enabled by the use of the genomic technologies discussed in this course.

To learn more about the 1918 pandemic and lessons learned for the future, see this video (this content will not be assessed):

This video is also available on the University of Cambridge website

As we have shown, COVID-19 is not the first major pandemic the world has faced. Over 100 years ago the world faced the deadly H1N1 influenza A virus. Before we move ahead to how advances in genetics and molecular biology have changed the way we respond to diseases, what do you think of the responses taken in 1918? Write comments on your thoughts below.