Interpreting the frameworks behind ‘free speech’

This article briefly outlines the ideas of a 'bill of rights' and a 'constitution' in relation to freedom of speech. 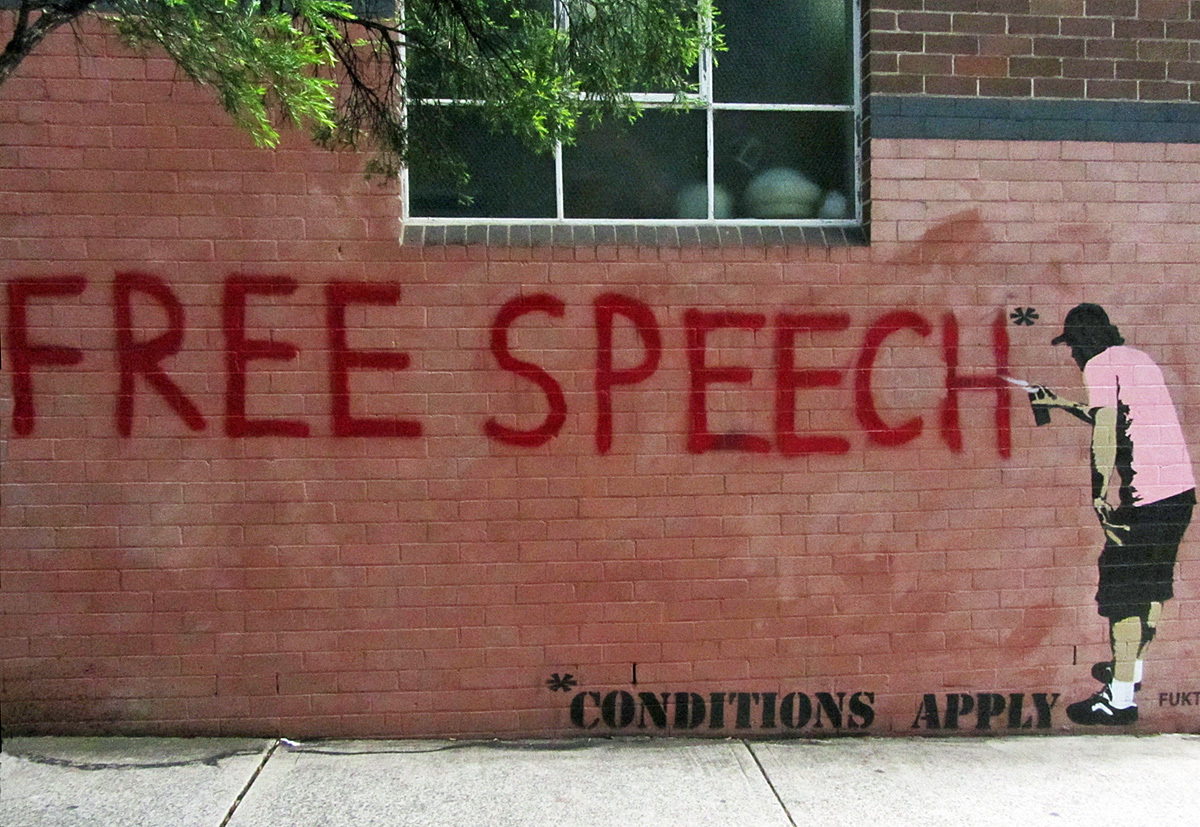 In the previous video, Jacqueline mentioned some of the key legal and societal frameworks that underpin the idea of freedom of speech or expression in many states around the world today. Here, we explain them in a little more detail, before discussing the implications of these frameworks, and how they have been interpreted.

What is a ‘bill of rights’?

A bill of rights is a document in which a country or state lays out the rights of its citizens. The first bill of rights of any kind was the Magna Carta, the English charter from the year 1215, which made peace in the long-running dispute between the King and a group of rebel barons by documenting their rights and protections. The idea of freedom of speech can be found from as early as 1689, as Jacqueline mentioned, in England’s Bill of Rights which legally established the constitutional right of ‘freedom of speech in Parliament’. In 1789, the ‘Declaration of the Rights of Man and of the Citizen’ was adopted during the French Revolution, which specifies that:

”The free communication of ideas and opinions is one of the most precious of the rights of man. Every citizen may, accordingly, speak, write, and print with freedom…”

View Course
However, even in these early forms, freedom of speech was a concept with limitations, as the Declaration goes on to say:

”…but [every citizen] shall be responsible for such abuses of this freedom as shall be defined by law.”

Since then, there have been many different bills of rights across the world. Perhaps the most well known is the Universal Declaration of Human Rights, adopted by the United Nations General Assembly on 10 December 1948, which recognises freedom of expression as a human right.
But, as we can see from even the earliest examples above, freedom of speech comes with responsibilities, and there are limits to it, which are often defined by the laws of the country. In this way, a bill of rights provides a framework for the way in which a nation interprets who can say what, when, and in what context. This means that in some parts of the world, freedom of speech does not include speaking against the country’s rulers or religion, which can be punishable by prison or even death. Yet, in other countries there is very little which is limited, and people can say almost anything they choose.
But, is this always a good thing?

The example we are using here to explore this tension between freedom and limitation of expression is that of South Africa. The South African Constitution and Bill of Rights was designed in the context of South Africa’s transition to democratic rule, which started with the release of Nelson Mandela in 1990. It ensures freedom of speech and expression, by specifically stating that:

“Everyone has the right to freedom of expression, which includes ­freedom of the press and other media; freedom to receive or impart information or ideas; freedom of artistic creativity; and academic freedom and freedom of scientific research”.

The limitations only concern:

“propaganda for war; incitement of imminent violence; or advocacy of hatred that is based on race, ethnicity, gender or religion, and that constitutes incitement to cause harm.”

As we have already seen, however, this freedom also allows for perpetrators of violence to express themselves freely in a public arena, or to gain a public platform.

So, in a the context of a global citizenship, how can we begin to manage these tensions? Consider your reactions to the following questions: