Find out more
Home / Nature & Environment / Geopolitics / Global Resource Politics: the Past, Present and Future of Oil, Gas and Shale / Key success factors for US shale 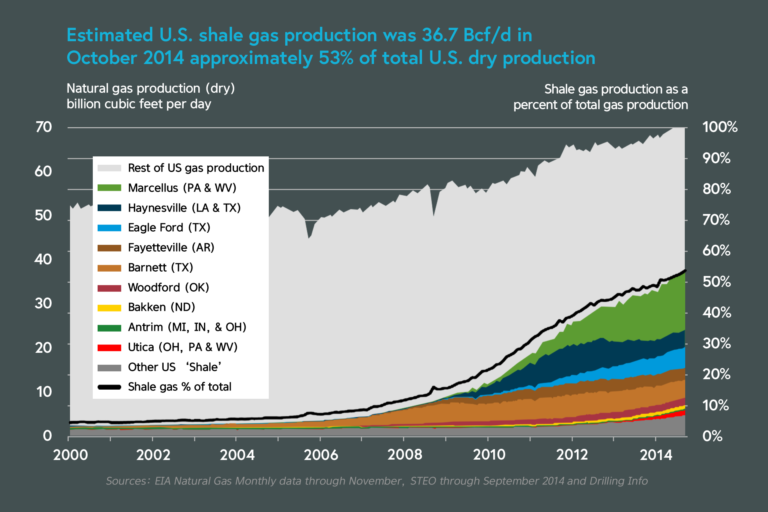 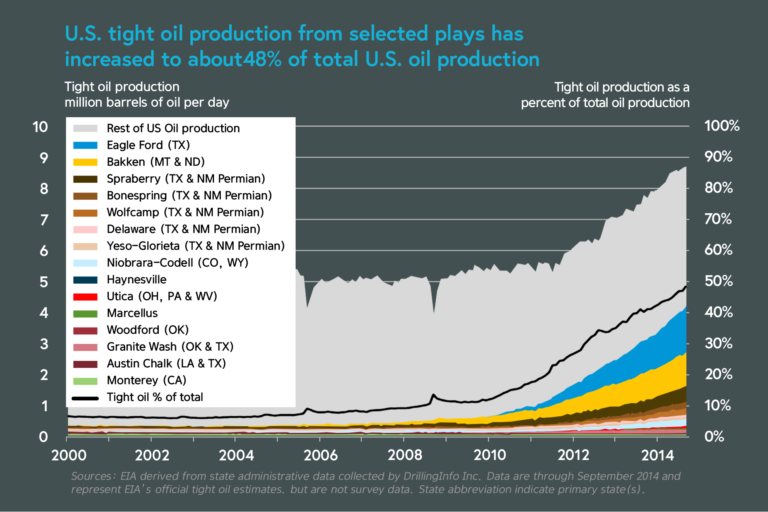 The US Energy Information Administration (EIA) estimates in the Annual Energy Outlook 2016 (AEO2016) that about 4.9 million barrels per day of crude oil were produced directly from tight oil resources in the United States in 2015, or about 52percent of total US crude oil production.

Shale gas was developed later than tight gas or coalbed methane largely because of its difficult geological features. Shale gas, however, has become the most important unconventional gas because of its large recoverable reserves (Wang & Krupnick, p. 29).

Advancements in hydraulic fracturing and horizontal drilling have already unlocked vast new natural gas resources from shale rock. Wang & Krupnick’s review suggests that a number of factors converged in the early 2000s, but the most important factor was technology innovation.

Private land ownership contributed to the development of shale gas in that it offered entrepreneurial natural gas firms a method of obtaining reasonable returns from their early investments in technology innovations necessary for developing a new shale play (Wang & Krupnick, p. 30).

Slick water fracturing of shale gas wells requires a few million gallons of water per well. In the US, water needed for fracturing has generally been available, although in some areas shortages are a growing concern (Wang & Krupnick, p. 31).

The United States already had an extensive network of pipelines to transport natural gas to market before shale gas became a major gas resource.