Why do we have a nervous system?

The job of a nervous system is to help coordinate what the rest of the body is doing. Here, we turn back the biological clock for answers. 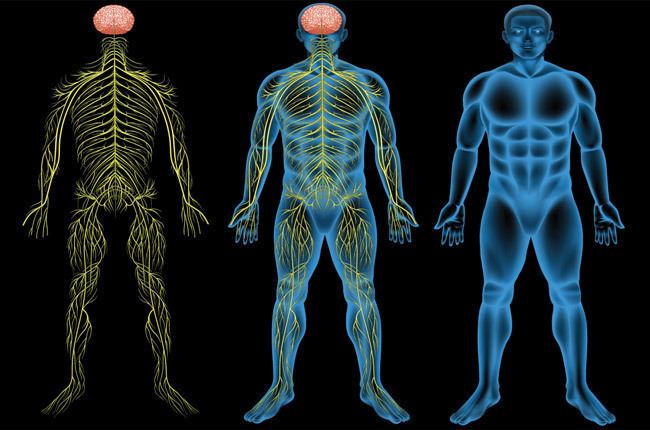 The term “the nervous system” is likely to be something you are very familiar with. But have you stopped to think about what this actually means and why we have evolved to have one?

Why do we have a nervous system?

The simple answer to this question is that the job of a nervous system is to help coordinate what the rest of the body is doing. To really understand this we may need to turn back the evolutionary clock and think about how we have changed from our biological ancestors.

Unicellular (single-celled) creatures, of which there are many types still on the Earth today, can be thought of like bags of chemicals. The bag that keeps the chemicals together is known as the cell membrane and the chemicals themselves are all that is necessary for that cell to be alive.

Even though these cells are invisible to the naked eye though, these chemicals are not just thrown together inside the membrane in a haphazard fashion but need to be organised so the right chemicals can interact with each other in efficient and effective ways.

The nervous system controls the cells

Clearly, human beings are not single-celled! In fact, it has been estimated that humans contain 3.72 × 1013 cells (Bianconi et al., 2013), so clearly there is a great need to be able to ensure that each of these cells is being controlled. The nervous system, along with the endocrine system which releases hormones, has this job.

The nervous system is composed of highly specialised cells which are adapted to be particularly effective at processing and transmitting information rapidly. Consequently, all parts of your body can be coordinated to be doing the right activities at any one time. However, many years of the study revealed that to achieve this goal, the nervous system is further divided up functionally, so different elements of it have different roles to play.

This has given rise to some terminology that you may meet in any reading you do about the anatomy of the nervous system.

Centuries of observation suggested that the brain and spinal cord gave rise to thin string-like projections which went all over the body and these were termed the peripheral nervous system.

However, now that we have some understanding of how the nervous system works, it is clear that this is a rather artificial division and it would be better to consider the nervous system as a single, functionally integrated system.