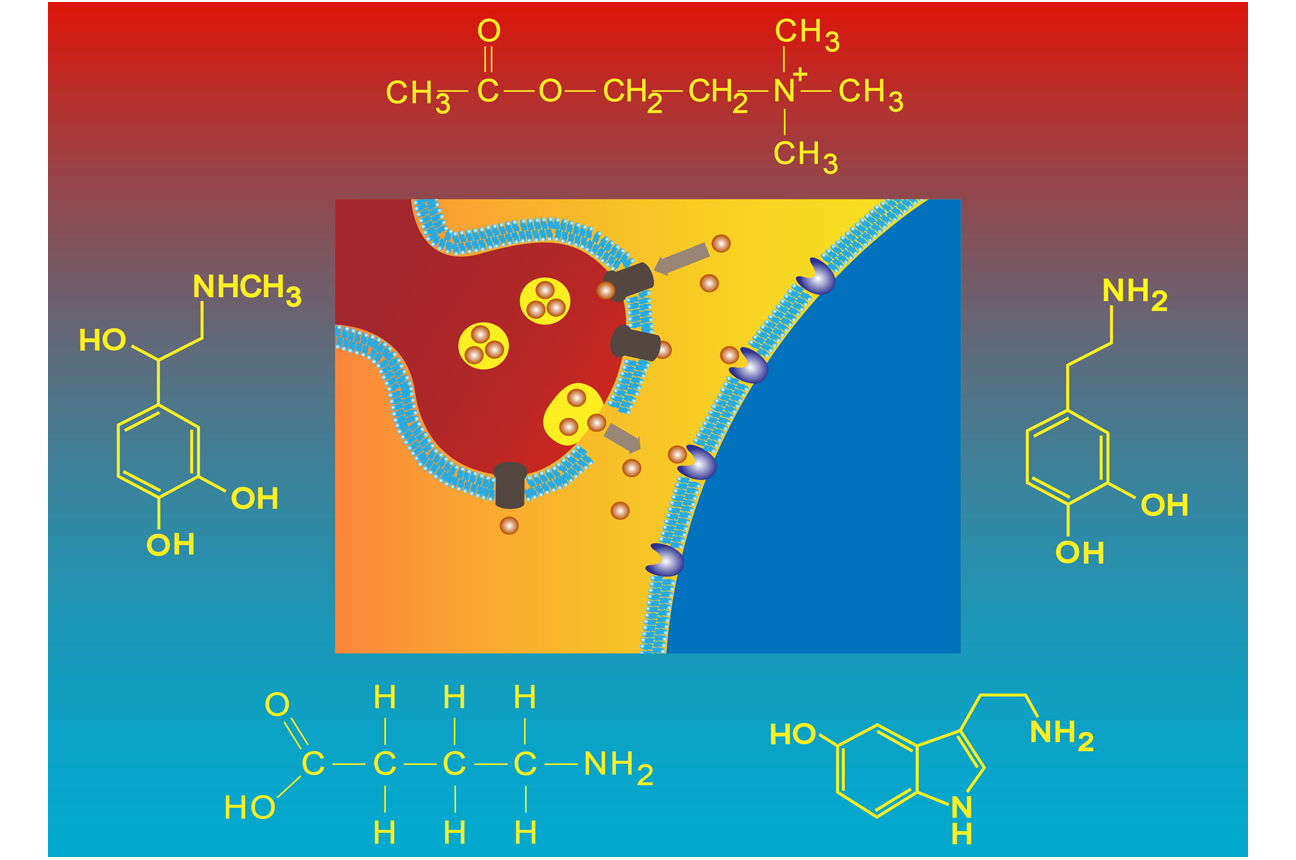 The process of information transfer described in the previous video step illustrated the basic principles of neurotransmission. However, our current understanding of how neurotransmission occurs, although almost certainly incomplete, suggests it is far more complicated than portrayed so we’ll add in a few details here that are necessary to understand some of the activities covered later in this week and in next week.

Up until now we have termed the chemical substance that travels between the pre- and post-synaptic neurones the neurotransmitter. The first thing you need to recognise is that your nervous system does not use a single neurotransmitter at all synapses, but that there are very many individual chemicals that could be thought of as neurotransmitters.

It would be excessive to introduce all of the neurotransmitters that we know about here; we will meet some specific examples in this and other good brain, bad brain courses. However, there is one concept that it is important for understanding how postsynaptic neurones process information coming to them. One way of classifying neurotransmitters is to consider what effect they have on the postsynaptic membrane and how this might then go on to influence whether or not the postsynaptic neurone goes on itself to fire action potentials.

All illustrations of synapses that you will see, and even images of actual synapses, give no sense of the effect that time may have on the neurotransmission process. We may be tempted to think that synapses are fixed and unchanging. However, this would be a mistake because the evidence suggests that synapses are dynamic and can form or be retracted throughout life as part of the normal functioning of the brain; we’ll look at an example in Step 2.7. Significant loss of synapses can occur as part of a neurodegeneration process and results, as we might expect, in significantly altered function.

In the previous step, we looked at the process of neurotransmission at one synapse. However, the reality is that the connectivity between neurones is usually much higher than this, such that one postsynaptic neurone may receive one thousand or so inputs.

To help you understand the functional importance of this, we will look at this process diagrammatically in the next step.