Seeing beneath the soil

Introduction to geophysics techniques
© Newcastle University
There is much more to archaeology than just digging! We have already seen some of the methods archaeologists use to interpret sites without excavation – for example, we looked at the role of aerial photography. Archaeological geophysical survey can play a vital role in research. It has the tremendous advantage of being non-intrusive, it does not dig into sites and does not damage or destroy buried evidence. Geophysical survey comes in several forms, each of which has its own advantages and disadvantages. A wise and well-resourced archaeologist will use a combination of methods to get the best results. We often like to refer to these methods as ‘Seeing beneath the soil’, but this is somewhat misleading. The results have to be carefully processed to reveal anomalies (elements that deviate from the broad background readings) and these in turn have to be interpreted. Computer power, appropriate software and the expertise of the archaeological geophysicist are all therefore necessary to be able to turn the raw data into something that can be used for research purposes – and even when all those are available, the impression that emerges can sometimes prove very misleading. The three most common methods used in the study of Roman frontier landscapes are: 1. Resistivity 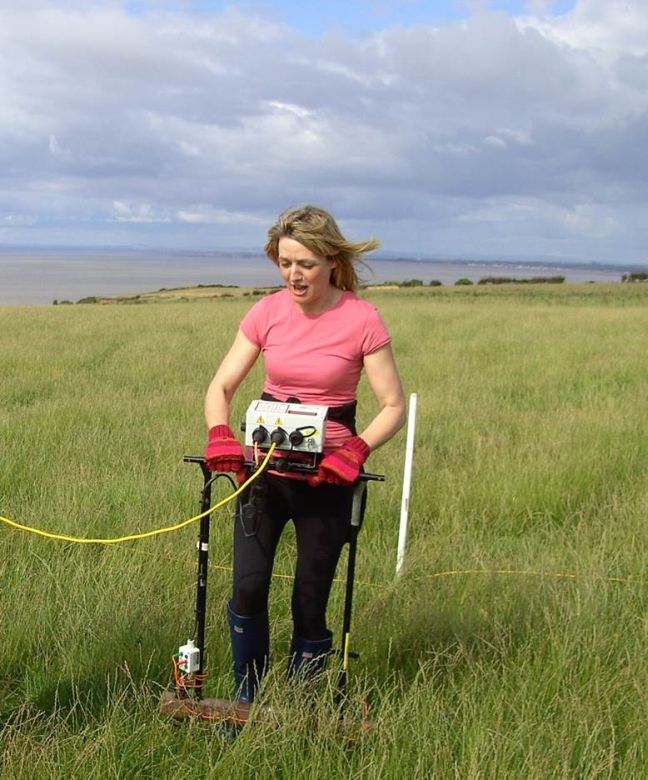 Newcastle MA student using RM 15 at Maryport © J. Alan Biggins Timescape Surveys A resistivity meter detects resistance to the flow of an electric current through the soil between two or more probes. Some archaeological features will be marked by stronger or weaker resistance than the earth around them. Thus, for example, a stone wall might be characterised by strong resistance, an old waterlogged ditch, by low resistance. 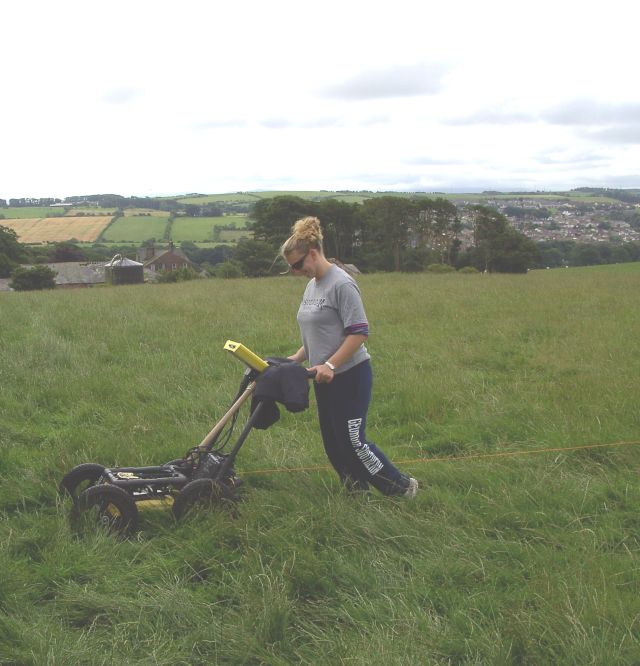 Newcastle MA student using Ground Penetrating Radar at Maryport © J. Alan Biggins Timescape Surveys GPR uses electromagnetic waves to record buried features. Radar data can be particularly useful when a 3D image of conditions beneath the ground are required. But radar operators can also process their data to provide ‘time slices’, flat plan like images of anomalies found at specified depths (the depth is calibrated from the fractional unit of time it takes the electromagnetic wave to hit a feature). 3. Magnetometry 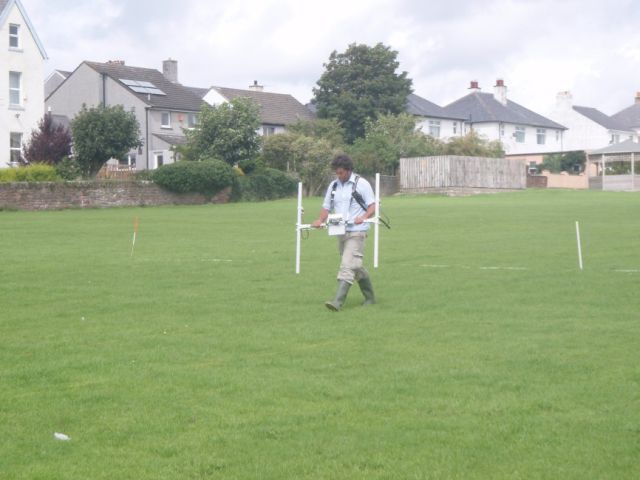 The Bartington 601-2 Magnetometer at work in the Maryport Playing Fields © J. Alan Biggins Timescape Surveys A magnetometer can detect small changes in the magnetic field beneath its sensors. Magnetometry can be particularly good for locating burnt or fired features, but the disturbance of the soil involved in the creation of pits, ditches and other similar features can also leave detectable variations in the local magnetic field. In the next two steps we would like you to have a look at an example of a magnetometry survey. The one we are working with is taken from work by Drs Alan Biggins and David Taylor of Timescape Surveys for the Senhouse Museum Trust.
© Newcastle University